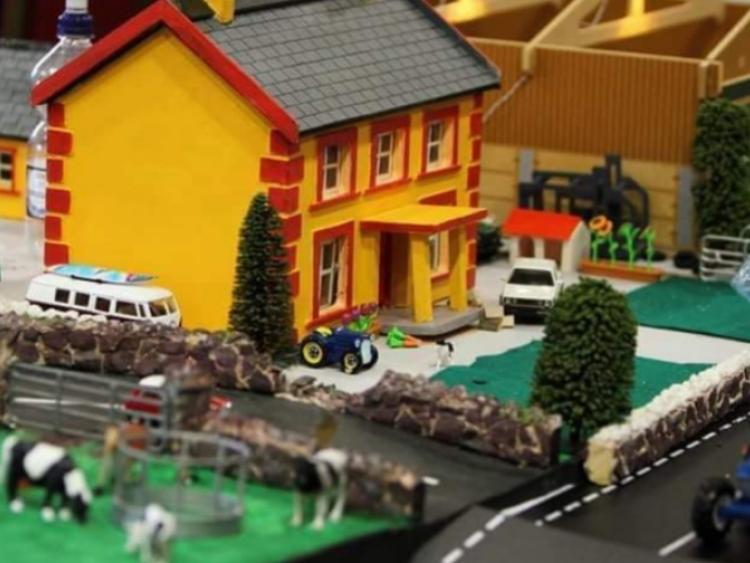 In 2020 the world came to a social standstill, with hobbies providing a valuable escape. While some turn to baking or painting, a growing community of collectors in Tipperary were kept busy despite annual specialist shows coming to a halt.

Located in Queen Street Clonmel, RB Models is one of the last remaining collector stores in the South East.

Owners Ray and Breda Yates are both collectors and passionate about their trade, with their stock ranging from diecast models, trains and dolls’ houses.

The shop first opened in 2005, however the online shop has been running since the company’s foundation in 2000.

The shop was bought to acquire footfall and Ray has witnessed the full circle of demand for an online presence now with the website being the main medium for sales, with the shop open two days’ each week.

The shop specialises in diecast collectibles and plastic kit operations alongside dolls houses and trains. Ray defines the most popular section of their stock, the farming collectibles, with a particular demand for the models at Christmas.

“We have a spectrum of customers, from five years up to 75, it would be fairly broad depending on the interest,” said Ray.

“Trains would tend to be the older people because they have the money to spend on stuff whereas the parents would be onto the tractors for the young lads starting out and right up to teenage level.”

Having an online presence established long before the pandemic, the shop made the decision to close its physical doors during the height of the restrictions and now practices limited open hours.

The pandemic caused an increase in sales, with a rocket in demand over the initial two months of lockdown.

While Ray operates in a niche in the market, the demand for models is small in comparison to the UK which has a massive demand for collectibles, particularly trains.

While there are a lack of model stores now, agricultural shows and model fairs provide a medium for hobbyists to meet and display their coveted collection to the public for a good cause.

Shane Benson is the organiser of the North Tipperary Model Show which is the only annual miniature show in Tipperary. Despite the intense preparation a show takes, he cites the hobby as a wonderful way to engage with a community.

The Limerick native visits the Premier due to his wife being a proud Tipperary native.

The show has acted as a fundraiser for Milford Hospice and raised over €6,000 in the last three years. All of his efforts are completely voluntary and the show is a labour of love.

Shane specialises in farm models (pictured left) and ensures all of his models are 1.32 scale. The show often acts as a trip of nostalgia as many of the models featured are childhood toys which have now become collectors items.

“As a child I used to collect models,” Shane states, recalling once discarding all his childhood collection in an attic clear out. “Now I buy back those Briton tractors for thirty or forty euro a piece,” he laughed.

Being a dedicated hobbyist has led to nationwide travelling with the highlight being the interaction with people who come to see the displays by the likes of Shane.

Sponsors of the North Tipperary show included McHale, which donated model balers to raffle off.
Collecting is a passion which requires time, research and money, however Shane states the rewards involved with becoming a collector are endless.

His own infectious enthusiasm for the pastime has encouraged many of his friends to become avid collectors too.

Every year the display changes and Shane arrives to the various shows with a new display. Ireland’s hobbyists gather together multiple times during the year for nationwide charities such as Make A Wish.

Covid-19 has impacted the collectors community nationwide, with Shane’s event being no different. While a socially distanced gathering between displayers would be possible, it would lack the magic of viewers.

Shane has retained his audience through Facebook and he frequently checks in on his followers. “Everyone has to have a hobby as it keeps the mind going,” said Shane.

“The social interaction from this is brilliant, you meet some great people.

“To walk in and get a show set up with the messing that goes on between all these overgrown men with their boxes of cars and lorries, but that’s what we do,” he added.