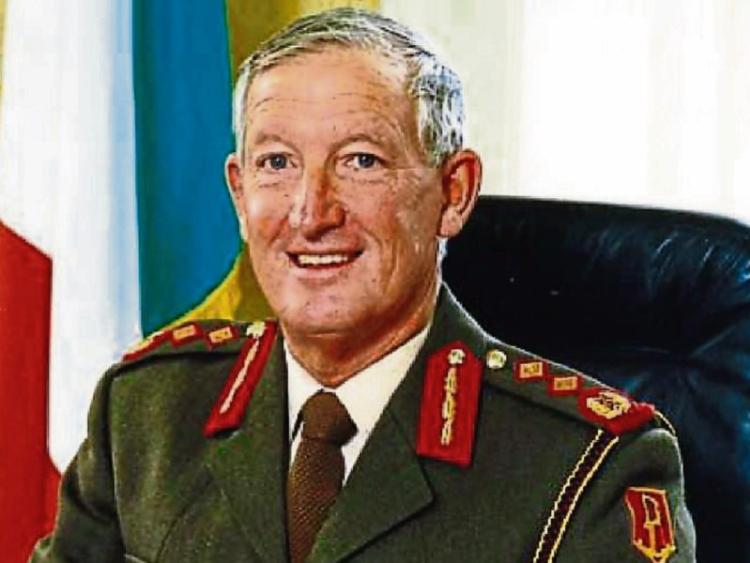 A proposal has been made to name the civic plaza at the former Kickham army barracks in Clonmel after the late Lieut. General David Stapleton, a Clonmel man who served as the army’s Chief of Staff

Clonmel should honour “one of its own” by naming the proposed new plaza area at the former Kickham Barracks Stapleton Plaza, Cllr Pat English stated at a meeting of Clonmel Borough District.

The late David Stapleton was a former Chief of Staff of the Irish Army.

Cllr English said this would recognise his service to both country and county, and his commitment to keeping the former Kickham Army Barracks open while he was chief of staff.

“He was a native son of  Clonmel who came from Mitchel Street, and it would be great if he could be honoured in this way,” he said.

District Administrator Michael Moroney said that before Tipperary County Council considered this request, an application had to be made on the council’s website.

Any person to be commemorated must have “made a unique and outstanding contribution to the life and history of county Tipperary through outstanding achievement, distinctive service or significant community contribution”.

The application would be assessed by the council’s cultural team and a recommendation  made to the council.

Lieutenant General David Stapleton, who was in his late 70s, died at his home at River Court, Newbridge, Kildare in June 2016.

He joined the army as a member of 30th Cadet Class in 1955 and was commissioned as a Second Lieutenant in the Supply and Transport Corps on November 25, 1957.

Lieut. General Stapleton served with the United Nations (UN) in the Congo and as a UN military observer in Syria in 1972-73 throughout the Yom Kippur War.

As a major general in the mid to late 1990s he returned to Damascus as Force Commander of UNDOF, the UN Disengagement Observer Force, before his appointment as Chief of Staff in August 1998, a position that he occupied until September 2000.

During his last tour of duty in Damascus he liaised between the Israeli and Syrian Governments through their military liaison officers, as well as briefing foreign delegations and ambassadors. He had right of passage across the border, the only person with such a right guaranteed by both sides.

He held a number of significant appointments throughout his career and was awarded a Distinguished Service Medal (DSM) for his outstanding service.

He was promoted to full colonel in September 1991 and became a brigadier general in 1995. He was moved up another rank to major general to become Quartermaster General. He completed two tours of duty in the Lebanon and also served in Namibia.

He also made a considerable contribution to the formation and development of the Representative Association of Commissioned Officers (RACO)  as the association’s first president.

A proud Clonmel man, Lieut. General Stapleton never lost touch with his roots and was a regular visitor to his home town.

He was credited with playing a key role in keeping the former Kickham Barracks open during his tenure as Chief of Staff and following his appointment was delighted to receive a civic reception from Clonmel Corporation. While serving abroad he was said to have had a particular affinity with Clonmel troops  serving overseas.

He was a talented Gaelic footballer with Clonmel Commercials in his younger years, lining out with the club’s minor teams that won the south championship in 1954 and the south and county championships the following year.

He also played minor and senior football for Tipperary and was on the minor team that defeated Kerry in the 1955 Munster final, after a replay. The team went on to beat Mayo in the All-Ireland semi-final before losing to Dublin in the All-Ireland final.