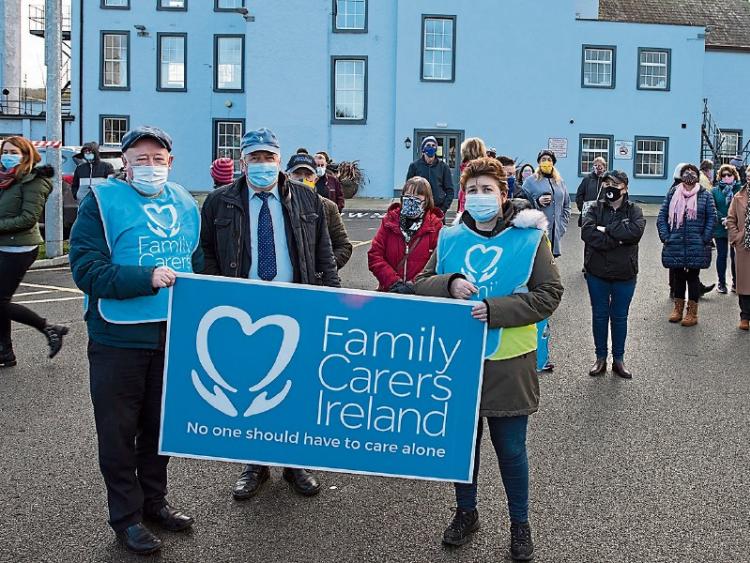 A Save St Brigid's hospital protest march planned for Carrick-on-Suir this Saturday afternoon has been cancelled after gardaí advised the organisers it would be in breach of Covid-19 restrictions.

Carrick-on-Suir Sinn Fein Cllr David Dunne, one of the organisers of the protest, said on his Facebook page they were deeply saddened by this “unexpected turn of events”.

He said a community garda informed them yesterday (Tuesday) evening that the protest planned for this Saturday would be in breach of Covid regulations and the organisers would be liable to penalties under the 2020 Temporary Restrictions Covid-19 regulations.

The protest was scheduled to start from St Brigid's Hospital grounds on the Pill Road at 2pm on Saturday, December 19. It was to be a follow-on to last Saturday's march through Carrick-on-Suir town centre attended by more than 300 people angry at the HSE's announcement that it was closing St Brigid's District Hospital and replacing it with an out-patient community healthcare centre specialising in chronic disease management.

Nearly every adult who attended last Saturday's march wore face masks and efforts were made by the organisers to ensure social distancing was observed during the march.

Cllr Dunne told The Nationalist the protest organisers appreciated that preventing the spread of Covid-19 was a very important issue and they had endeavoured to ensure social distancing and mask wearing were observed at the St Brigid's Hospital protests.

In the wake of the Garda advice, he said they will have to rethink the way they protest.