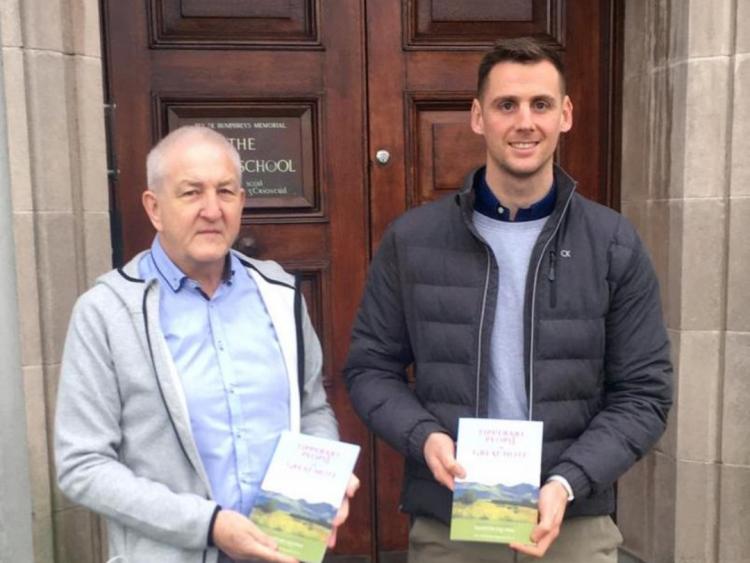 During the course of the first lockdown in 2020, I came up with the idea of documenting people from the Tipperary Town area who were noted across different fields and had achieved notoriety outside of Tipperary and across the country and indeed the world.

What started out as a relatively small project soon grew into a major undertaking and ultimately resulted in 86 men and women being featured.

It was quite the undertaking but it gave me a focus during the long days when social contact was limited and the need for stimulus was great.

I used to do a 5km walk most days and my brain would be full of ideas with well-known names easily springing to mind.

The challenge though was to identify those who weren’t well-known but yet had achieved great notoriety. This led me to look into the surrounding parishes; from Rossmore to Bansha, from Emly to New Inn and from all parishes in between.

The more I looked, the more people I discovered from the arts, from business and finance, medical and veterinary, military, political and judiciary, religious and social, republican/Fenian, sporting and from those who were survived and pardoned.

The selection that I compiled illustrates the contribution that Tipperary women and men of varied backgrounds made to their community, to national life, and to humanity generally.

I wanted this to be documented and available for this and for future generations so that we could be informed and also appreciate the contribution that Tipperary women and men had made to society in general and on the national and international stage.

I had come up with the title, Tipperary People of Great Note, and a Tipperary Town native, Gerard O’Connor, of Blackhall Publishing came on board with me to progress the project.

Gerard gave me the opportunity to make this a reality and I am therefore very grateful to him and to the team at Orpen Press Ltd, for their great support.

I am very honoured that former TD and Minister of State, Dr Martin Mansergh, agreed to write the foreword to the book and am I indebted to him and particularly to his daughter Fiona for giving permission for the use of the painting of The Galtees and

The Glen of Aherlow by her grandmother Diana Mansergh to be reproduced for the cover of the book.

I could not have undertaken this project without financial support and for that I am very grateful to Tipperary County Council, Innovative Paper Ltd, Carl F Hughes, great-great grandson of Timothy Fahey and Shane Ryan, son of Tony Ryan, who provided that support to me in publishing this book.

Dr Mansergh says in the book that I have “made these lives accessible”.

As someone who has followed the fortunes of Tipperary football over many years I am delighted that Tipperary senior football captain, Conor Sweeney, agreed to launch the book.

Conor captained Tipperary to their first Munster senior football title in 85 years this year. He is a teacher at the Abbey CBS in Tipperary Town.

The school was originally called the Fr David Humphreys Memorial School, named after the campaigning priest, who is one of those featured in the book, along with several other noted past pupils.

The book is available from www.orpenpress.com and from local outlets and costs €15.