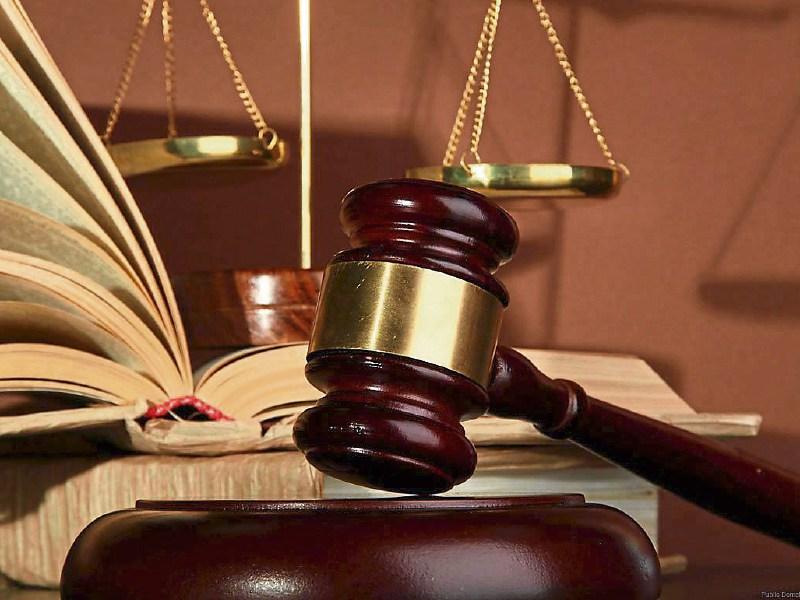 A 41 year-old man with 47 burglary convictions, broke into three business premises in Tipperary Town after going on drinking binges while on early release from prison for committing similar offences, Clonmel Circuit Court was told.

Judge Helen Boyle told Quentin Prendiville from 22 Dundrum Drive, Tipperary Town that he had made a “general nuisance” of himself to people trying to provide employment in Tipperary as she sentenced him to a total of three years imprisonment with 18 months suspended.

He pleaded guilty at the recent sitting of the court to three counts of burglary and two counts of criminal damage in Tipperary Town committed on two dates in May, 2019.

Garda Sgt. Cathal Godfrey told the court the proprietor of Apache Pizza at Bank Place locked up the premises at 12.20am on May 13, 2019.  When they returned the next day, they noticed the contents of the till were stolen and a rear window was left ajar.

Quentin Prendiville was identified on CCTV entering the premises by forcing the front door.  The injured party estimated the defendant took about €2,000 from the till but he couldn’t confirm this.

The alarm at The Health Shop at Bank Place went off at 12.30am on May 30, 2019, the sergeant continued.  He went to the shop and found the front door kicked in.

The owner of the store arrived a short time later and went into the premises and it was found that the shop hadn’t been  entered.

The front door frame had to be replaced. CCTV footage showed Mr Prendiville kicking in the door and returning out the same door a few seconds later.

Mr Prendiville was also seen on the CCTV footage  walking in the direction of Tipperary Curtain Shop. Later that day the owner of the shop contacted the gardaí after receiving a phone call that the window of the premises was smashed. A float of approximately €30 was taken from the till.

Sgt. Godfrey said Mr Prendiville was arrested on June 6, 2019 and at Tipperary Garda Station he admitted breaking into the  business premises after going on a drinking binge. He admitted taking €200 from the till at Apache Pizza but denied stealing €2,000.

Mr Prendiville was on early release from prison when he committed these offences and breached the conditions of the suspended part of the sentence. He had 68 previous convictions, 47 of which were burglary offences.

Responding to questioning from defence barrister June Morrissey, Sgt Godfrey agreed the crimes committed by Mr Prendiville were impulsive and not very sophisticated and that there was never any difficulty with him co-operating with the gardaí or admitting offences he committed.

Ms Morrissey said her client was very ashamed of the offences he committed and wrote a letter of apology, which she read to the court.

It stated: “I am so sorry for what I did. I have a problem with alcohol addiction. From the bottom of my heart, I am so sorry.”

The barrister submitted that her client was quite adamant he didn’t steal €2,000 from Apache Pizza. She asked Sgt Godfrey if he accepted the amount stolen was €200. The sergeant replied that he couldn't really comment.

The barrister told the court that her client has offered €150 compensation for the damage he caused to the  businesses.

She said his behaviour on this night was as a result of his alcohol abuse and lot of his previous convictions happened after he abused alcohol and other substances.

She pointed out these offences would normally be dealt with in the district court but were being heard in the circuit court due to the amount of previous convictions on his record.

Ms Morrissey continued that Mr Prendiville was in a relationship for 10 years and now had three children, the youngest was born about five weeks before the court hearing.

“He is acutely aware of the impact his actions will have on his partner and the hardship it will mean for her. He has instructed me that the arrival of his son has motivated him to be a better father and member of society.”

Ms Morrissey explained that Mr Prendiville’s family background was dysfunctional. He was brought up in foster homes and his father died by suicide , which had a significant impact on him. The defendant suffered from anxiety and depression andwas  attending mental health services for years.

He was also attending a counsellor for  his alcohol and substance misuse problem and was currently sober.

The barrister urged Judge Boyle to be lenient and activate only part of the four and a half year suspended portion of the prison sentence he received in 2017.

She also requested the imposition of the prison sentence be deferred until after Christmas as her client was anxious to spend Christmas with his family.  She handed a letter from his partner into the court.

Judge Boyle said by breaking into unoccupied business premises, Mr Prendiville had made a “general nuisance” of himself to people trying to make an honest living and providing employment in Tipperary.

“People are entitled to try and make a living. People working hard and paying rates in County Tipperary don’t need to come back to their premises and find them broken into.”

Referring to the motivation he felt to reform following the recent birth of his son, the judge said she had no doubt Mr Prendiville didn’t wish to be before the court in 17 years time for the same recidivist offending he had been in engaging in.

She accepted he had a chaotic and sad childhood and she expressed the hope that after serving this prison sentence, his child wouldn’t experience the same unfortunate upbringing he had.

“You are the only person who can make that decision for yourself,” she pointed out.

The judge   warned it was very clear that Mr Prendiville will come before the court again unless he abstained entirely from consuming alcohol.

She said the aggravating factors she took into account in imposing sentence were the facts these crimes were committed while the defendant  was on early release from a prison sentence imposed for similar offences and that they were committed over two nights so they weren’t just one lapse.

There was also his very significant record of previous convictions.

While he was a “continual nuisance” to the business people of Tipperary, she noted that none of the premises were occupied at the time he broke into them and no violence took place during any of the incidents.

She considered his remorse to be genuine and it was in his favour that he produced €150 compensation to the court, which she accepted as a token of this remorse.

In view of the continual nature of his offending, she considered a three year prison sentence should be imposed for the burglary offences, which she discounted to two years and suspended the last 18 months of the jail term on condition he keep the peace and be of good behaviour and remain under the supervision of the Probation Service.

She suspended the sentence for two years.

She activated one year of the four and a half year suspended portion of the seven year prison sentence he received at the Circuit Court in 2017.

The two prison terms will run consecutively to each other.

Judge directed the €150 compensation be divided between the three victims.

And she agreed to postpone the implementation of the prison sentence until January 2 on condition he sign on at Tipperary Town Garda Station twice a day up to that date and abide by a nightime curfew between 11pm and 7am.

Mr Prendiville assured the judge he would be staying at home over Christmas. “I won't be going outside the door,” he stressed.