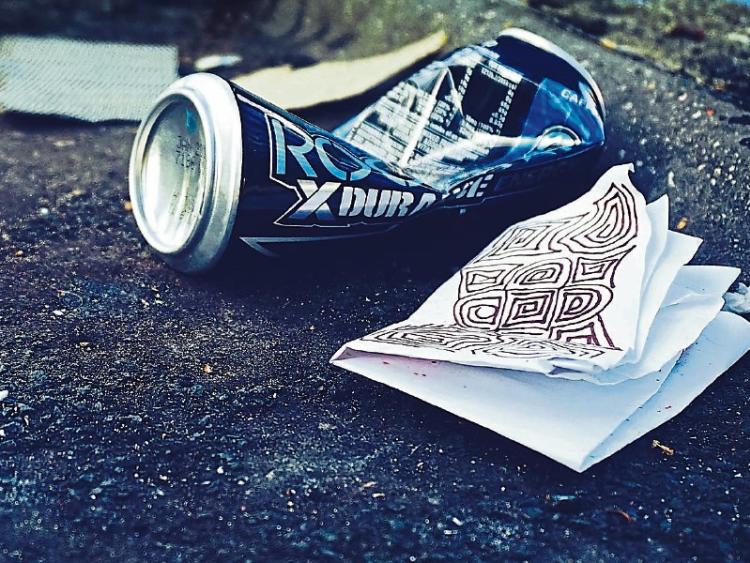 Illegal dumping and litter has incurred the wrath of councillors

Tipperary County Council needed to start “getting serious” with people who dumped rubbish illegally by bringing them to court and fining them, the monthly meeting of Clonmel Borough District has been told.

Cllr Pat English, who made those remarks, said the council had spent an enormous amount of money cleaning up the green area at Heywood Close in Clonmel, but now it was nearly back to the state it had been in previously because of dumping.

People were coming in from other areas and dumping rubbish there.

He also said there was littering on the Blueway walking and cycling track between Clonmel and Carrick-on-Suir, and they needed to look at this again.

Cllr John Fitzgerald said “the walkers and the runners are saying it goodo to me” about the dumping at the side of country roads, especially with “thousands of people out walking the highways and byways” because of the Covid-19 restrictions, and the time of the year.

“We hear a lot about the oceans but littering on country roads is becoming a major issue and I think it’s getting worse,” he said, asking if the council had a strategy to deal with this.

He said the path between the Blueway and the side of the refuse treatment plant was another area that was littered.

Cllr Fitzgerald said that rubbish was randomly discarded from cars and bicycles and you could see televisions and paint tins dumped, and these were items that could be easily recycled.

When drink cans landed in a dyke at the side of the road they could be “there for eternity,” and this was something that really annoyed him.

District Mayor Siobhán Ambrose said that some motorists just pulled down their windows and “threw stuff out.”

She said that a phenomenal amount of work was done at the recycling centres.

Cllr Ambrose wondered how effective drones had proved in the fight against littering.

Cllr Richie Molloy said he heard a lot of complaints about litter on the Blueway.

The onus was on people to bring their rubbish home but he said it was “getting out of hand,” especially with so many people out walking because of the lockdown.

Marion O’Neill, senior executive officer in the environment section of the county council, said the council had spent €50,000 last year cleaning up rubbish that had been illegally dumped.

Eight big clean-ups had been completed in December.

She said the council was restricted in terms of data protection and if they didn’t find evidence in rubbish then they couldn’t bring a case to court.

However two or three court cases were pending.

In the past month there had been two CCTV installations in Clonmel, but they were restricted in using the footage as evidence.

She said the council couldn’t use footage from drones as evidence either because you could be looking at private property.

However drones were used to assess the extent of illegal dumping.

The council had a Keep Tipp Tidy campaign, where 50 signs were provided on approach roads to towns around the county.

However a change in people’s behaviour was needed, said Ms O’Neill.

District Engineer Eoin Powell said that council staff would cycle the Blueway and collect litter. They would also look at problems caused by slippery leaves.

Senior Executive Engineer, Ruairí Boland, said that enforcement officers could go out and inspect litter, but often the people who had dumped it left no evidence.