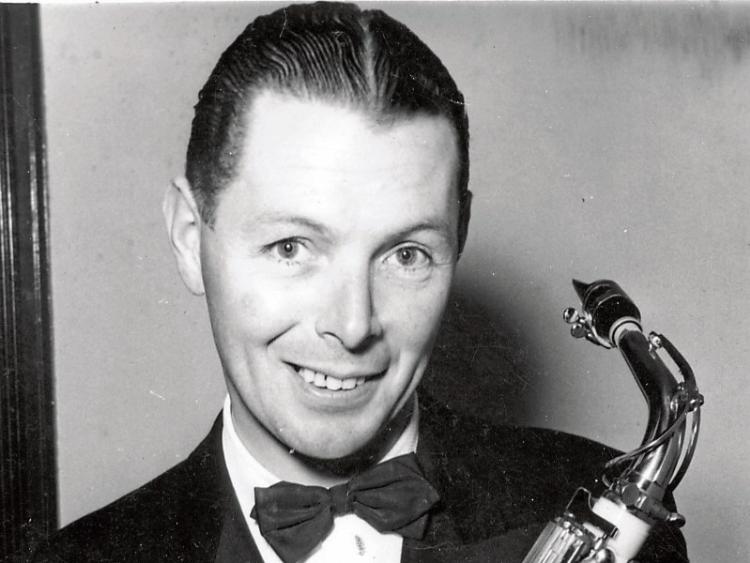 Mick Delahunty and his band achieved legendary status during their long career in the country’s ballrooms. Picture: Donal Wylde

A CD of the rediscovered recordings of legendary Clonmel dance band leader Mick Delahunty has proved to be a chart topper in its own right.

The CD was launched by the Tipperary Museum of Hidden History towards the end of last year to celebrate its 20th anniversary, and has been a hit with people all over the world.

“We ran out of the initial pressing of 1,000 CDs. There’s a huge waiting list and we’ve ordered a further 3,000 copies,” Marie McMahon, the museum’s managing curator, stated at a meeting of Clonmel Borough District.

She said that many of the discs are being enjoyed by families and individuals who were cocooning during the Covid-19 restrictions.

They had been sent all over Ireland, as well as to people living in the United States, Canada, Australia, England and Germany.

Many people replied to the museum by letter and email to express their gratitude and say how much they enjoyed the music.

Some who rang the Clonmel-based museum said the museum staff were the only people they had spoken to since before Christmas, apart from their families, and some phone calls were a mixture of laughter and tears.

Many shared their memories of going to see Mick Delahunty and his orchestra performing at venues around the country, as well as people who played with the orchestra over the years.

Many of those letters and emails will now be added to the museum archive.

Ms McMahon said funding for the production and packaging of the CD had been provided by Creative Ireland, Age Friendly Ireland and Tipperary County Council.

She says the next batch of 3,000 CDs has now been delivered to the museum.

The recordings from several shows performed by Mick Delahunty, which hadn’t been heard in over 72 years, were discovered last year on four vinyls at the museum.

The tracks were recorded at performances in Clonmel and Waterford in 1948 but were never released to the public and had been forgotten about, after the records were donated to the museum in 2005.

The project to transfer the recordings onto a CD was spearheaded by Marie McMahon, and supported by local music stalwarts and professionals.

The records were remastered by Harry Bradshaw, and the sound quality of the recordings is very impressive.

The images for the sleeve were supplied by Donal Wylde (the former Nationalist photographer and RTÉ cameraman) and the museum’s collection, while the editorial was written by Denis O’Sullivan.

The ten tracks include many standards that Mick Del made his own including Little Brown Jug (with a spoken introduction), You Made Me Love You, I Wonder Who’s Kissing Her Now, Danger Ahead and American Patrol.

One of the tracks is an interview with Patricia Cantwell, in which Mick talks about his early dance band days, and which was broadcast on CBC Radio in Clonmel in May 1983.

The CD has been distributed free of charge and due to its success the museum is purchasing brass instruments in collaboration with Banna Chluain Meala, the town’s brass and reed band.

“We will fund the purchase of a number of brass instruments as a token of goodwill to strengthen the ties with Banna Chluain Meala.”

These will include a saxophone, the instrument with which Mick Del was synonymous.

Based in Clonmel, Mick Delahunty and his big band were one of the country’s most popular acts and a fixture on the Irish ballroom scene for 50 years.

Mick collapsed and died on the dance floor at the band’s farewell show at the Greenwood Inn in Ardpatrick, Limerick in February 1992. He was 76.

When the launch of the CD was featured recently on RTÉ  television, Mary McLean, a daughter of the famous musician, said she was delighted with the release.

“I couldn’t get over it when Marie told me about these recordings, I was absolutely shocked,” she said.

“It’s fabulous to have them.”

She said she loves having any mementos of her father.

“It’s a great recording. I’m very pleased with it now, I couldn’t find fault with it at all.

“And I hope that Banna Chluain Meala might benefit from it as well.”

To order a copy of the CD, email the Tipperary Museum of Hidden History - museum@tipperarycoco.ie or ring 076-1065252.