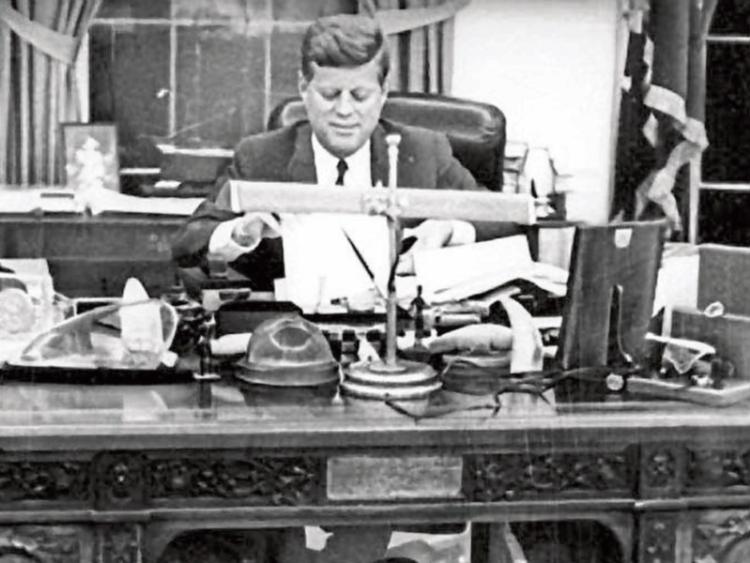 American President John F Kennedy at the ornate desk in the Oval Office in the White House. The desk was carved from Admiral Sir Henry Kellett’s boat the Resolute

Monday, March 1 will mark the 146th anniversary of the death of Sir Henry Kellett. An admiral in the British Royal Navy, he was born near Fethard and is buried in the town, and his maritime exploits provide a historical connection between Fethard and the Oval Office at the White House in Washington.

He was born on November 2 1806 in Clonacody, a few miles from Fethard on the Clonmel road, in the house now belonging to the Carrigan family, who bought it from the Kelletts in the late 1930s.

Henry Kellett travelled to Cork in 1822 and joined the navy. He spent three years in the West Indies and then served on survey vessels under William Fitzwilliam Owen in Africa, as second-in-command of HMS Sulphur under Edward Belcher in the East Indies, and as captain of HMS Starling in the First Opium War with China, during which he was promoted to commander in 1841 and post-captain in 1842.

In 1852 Kellett was given command of a ship called the Resolute. 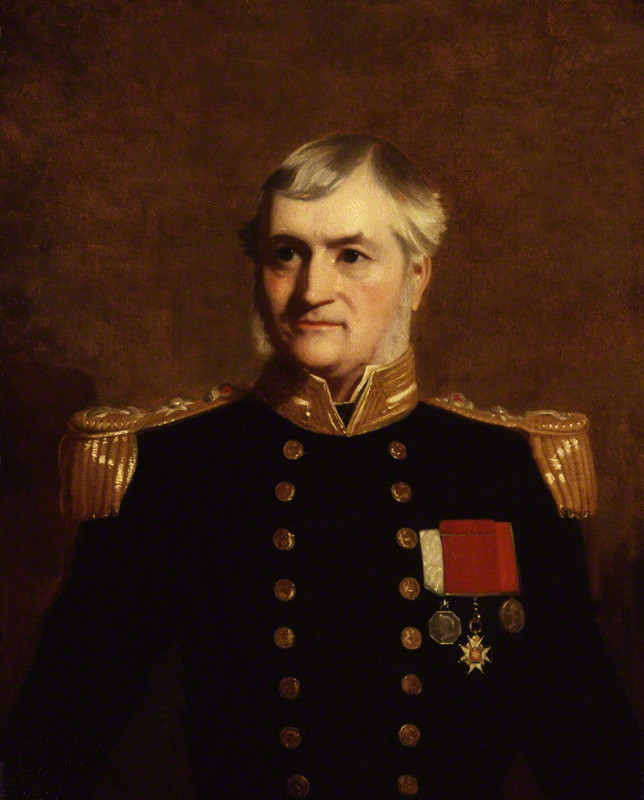 Above: The portrait of Fethard man, Admiral Sir Henry Kellett, that hangs in the National Portrait Gallery in London

It was one of a number of ships sent to search for the missing Franklin expedition that had disappeared searching for a north-western route from the Atlantic to the Pacific.

The overall commander of the search party was Sir Edward Belcher, who ordered Kellett to abandon his ship when it was frozen in the Arctic ice.

Kellett protested, claiming that he had ample provisions to see out the winter but Belcher insisted that he obey orders and leave. The boat was abandoned and the crew returned to England.

Built with a thick hull to withstand icy conditions, the Resolute floated off on a voyage of its own once the ice had thawed.

It drifted for 1,200 miles before being boarded by the crew of an American whale ship.

The American Government struck a deal to buy the Resolute from the captain of the whaler, Captain Buddington, for $40,000.

The Americans then restored it and gave it back to Queen Victoria as a gesture of goodwill towards the British. 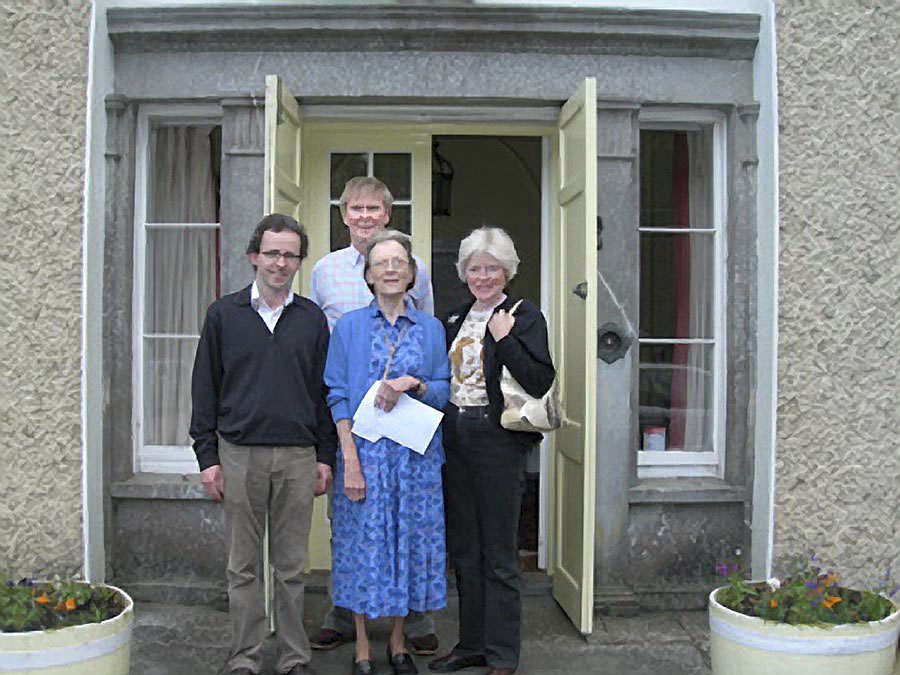 Above: Conor Carrigan (left) at Clonacody House in Fethard in 2006 with descendants of Sir Henry Kellett, who was born in Clonacody House in 1806. Included are Lady Diana Holderness, Lady Emma Brooksbank and, at the rear, the Hon Edward Wood

In 1879, when the ship was decommissioned, a selection of oak was taken from the dismantled ship and carved into an ornate desk, which was then presented to the American President Rutherford B Hayes, who served one term from 1877 to 1881.

Ever since, the Resolute Desk has sat in the Oval Office of the White House, apart from a brief period in a museum.

He retired from the navy in 1871 and returned to live in the family home in Clonacody in Fethard, where he died in 1875. He is buried in the grounds of the Holy Trinity Church of Ireland in the town. 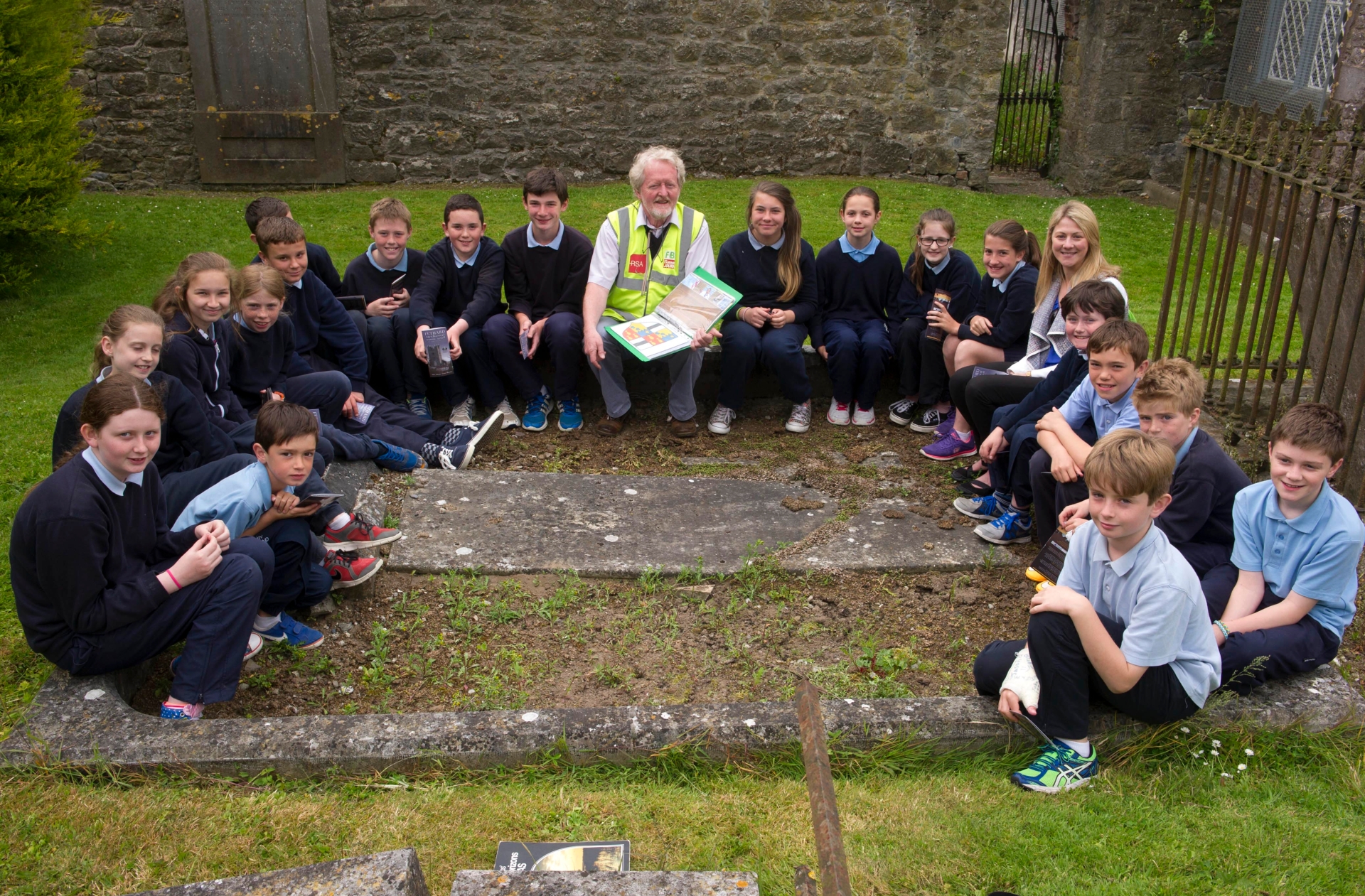 Above: Pupils from Lisronagh National School, with their teacher Carmel Armstrong, photographed in 2015 with guide Terry Cunningham at the grave of Sir Henry Kellett in the grounds of Holy Trinity Church of Ireland in Fethard. Picture: Joe Kenny

A keen musician who played the flute, his name lives on in various parts of the world to this day.

Kellett Point, on the coast of the North Western territories in Canada, is called after him and the storehouse that he built on the ill-fated Arctic voyage, Kellett’s Storehouse, is preserved as a national monument in that country and was used for shelter by expeditions over 100 years after it was built.

Above: The Resolute Desk in the Oval Office at the White House in Washington

His name also appears on many charts that he drew during his years in Panama and China.

Several places in Hong Kong have been named after him including Kellett Island, the home of the Royal Hong Kong yacht club; Kellett Bay and Mount Kellett, as are Cape Kellett and the Kellett River on Bank’s Island in the Canadian Arctic.

His portrait hangs in the National Portrait Gallery, just off Trafalgar Square in London, which is currently closed until 2023 for major redevelopment works.

(Thanks are extended to Vincent Jasper Murphy, Fethard, who supplied much of the information in this article).