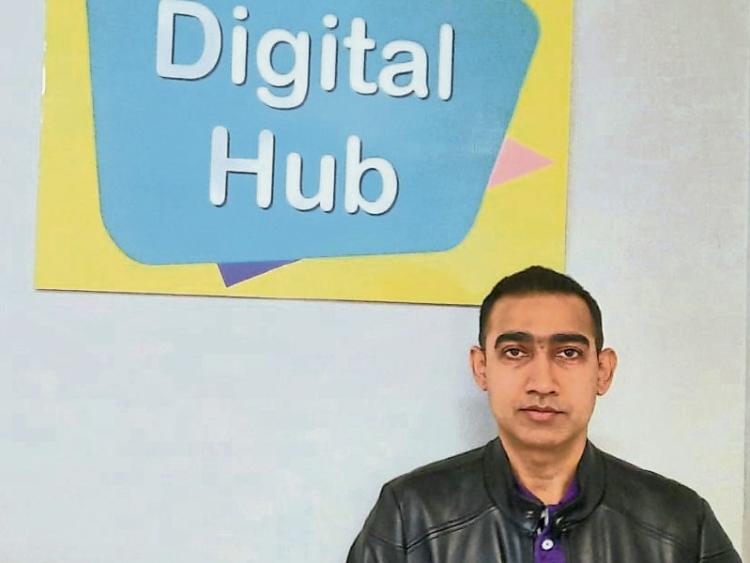 Mamunur Siddiqui from Bangladesh, who co-ordinates the digital hub.

A digital hub stocked with laptops and printers has been set up in Bridgewater House Direct Provision Centre in Carrick-on-Suir for the centre’s residents.

The Friends of Bridgewater House Group secured Comic Relief funding to create the hub.  The grant enabled the group to purchase eight laptops and a printer to add to the  computers and printer already at the centre.

Bridgewater House Community Liaison Officer Martina Walsh said the laptops are loaned to residents of the centre who need them for work, education and other purposes.  She paid tribute to Bridgewater House resident Mamunur Siddiqui from Bangladesh, who has helped establish and run the digital hub.

“Mamunur has been a great help in setting up the hub. He worked in retail in his native country and has a great knowledge of technology,” Martina told The Nationalist.

She pointed out that Mamunur also does voluntary work in the local community with the Carrick-on-Suir Meals Assitance Service and works in the town’s SuperValu supermarket.

He lives in Bridgewater House with his wife Tania and three children.

The Friends of Bridgewater House is a local committee that helps to integrate the direct provision centre’s residents into the wider community.

It organises cultural events along with activities and trips for the centre’s children. It fundraises locally to help  finance  its work.