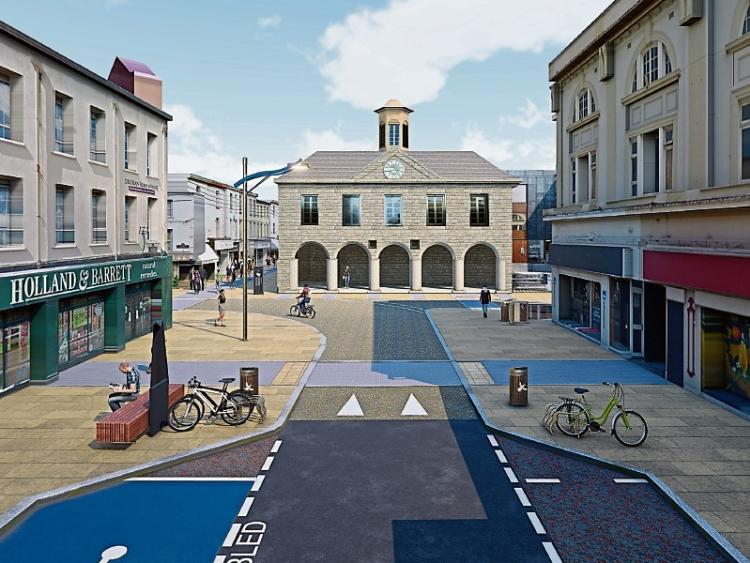 An artist’s impression of the new design planned for O’Connell Street in Clonmel’s town centre, as part of the town’s €75 million transformation, which has now been put on hold

An unexpected funding snub by the Government means that a €75 million series of ambitious projects planned for Clonmel has been put on hold.

Hopes were high that the town would be included in the latest round of Urban Regeneration and Development Fund (URDF) grant funding announced last week.

In a surprise development, however, Clonmel was omitted from the list, with Deputy Mattie McGrath claiming that the Government has again turned its back on south Tipperary in an “outrageous” act of “betrayal” by Housing, Local Government and Heritage Minister Darragh O’Brien.

The plans include the Flights of Discovery tourism project, which includes a Bulmers visitor centre and an interpretative centre at the West Gate; an amenity park at Suir Island; the second phase of the redevelopment of the former Kickham Army Barracks, and the public realm improvement works for the town centre streets.

All of the projects are said to have the ability to transform the town.

Clonmel’s mayor Siobhán Ambrose has requested a meeting “as early as possible with the Minister’s office to discuss this decision and to ascertain why Clonmel was turned down.”

“I am extremely disappointed that Clonmel was not awarded URDF grant funding on this occasion,” she stated.

The Mayor said that the Minister’s URDF call for proposals last year had sought proposals of scale, with a focus on integrated urban developments that combined a number of elements that would support liveability factors.

She said this would mean that it would become an attractive and vibrant place in which people choose to live and work, as well as to invest and to visit.

She stated that the proposal comprised three intrinsically linked development pillars: the second phase of the Kickham Barracks regeneration; the Clonmel Flights of Discovery tourism project and the public realm enhancement for the town centre.

“Clonmel had received a grant of €10.5 million under the terms of the first URDF call for projects involving the first phase of the Kickham Barracks Regeneration (the civic plaza) and the Regional Sports Hub,” said Cllr Ambrose.

“Both of these projects are waiting for Covid-19 restrictions to be relaxed by the Government to allow construction to proceed.

“These are the first phases in the process. The current decision is very regrettable because it was important that the Government would have continued to support the council in its continued delivery of all these transformational projects.

“The Clonmel 2030 – Transformational Regeneration proposal had the potential to transform Clonmel, the largest urban centre in county Tipperary, and which services a catchment population of over 35,000 people, into a re-imagined, dynamic and energetic 21st century town that hosts a vibrant mix of uses, recreation and amenity facilities and creative experiences,” said Cllr Ambrose. 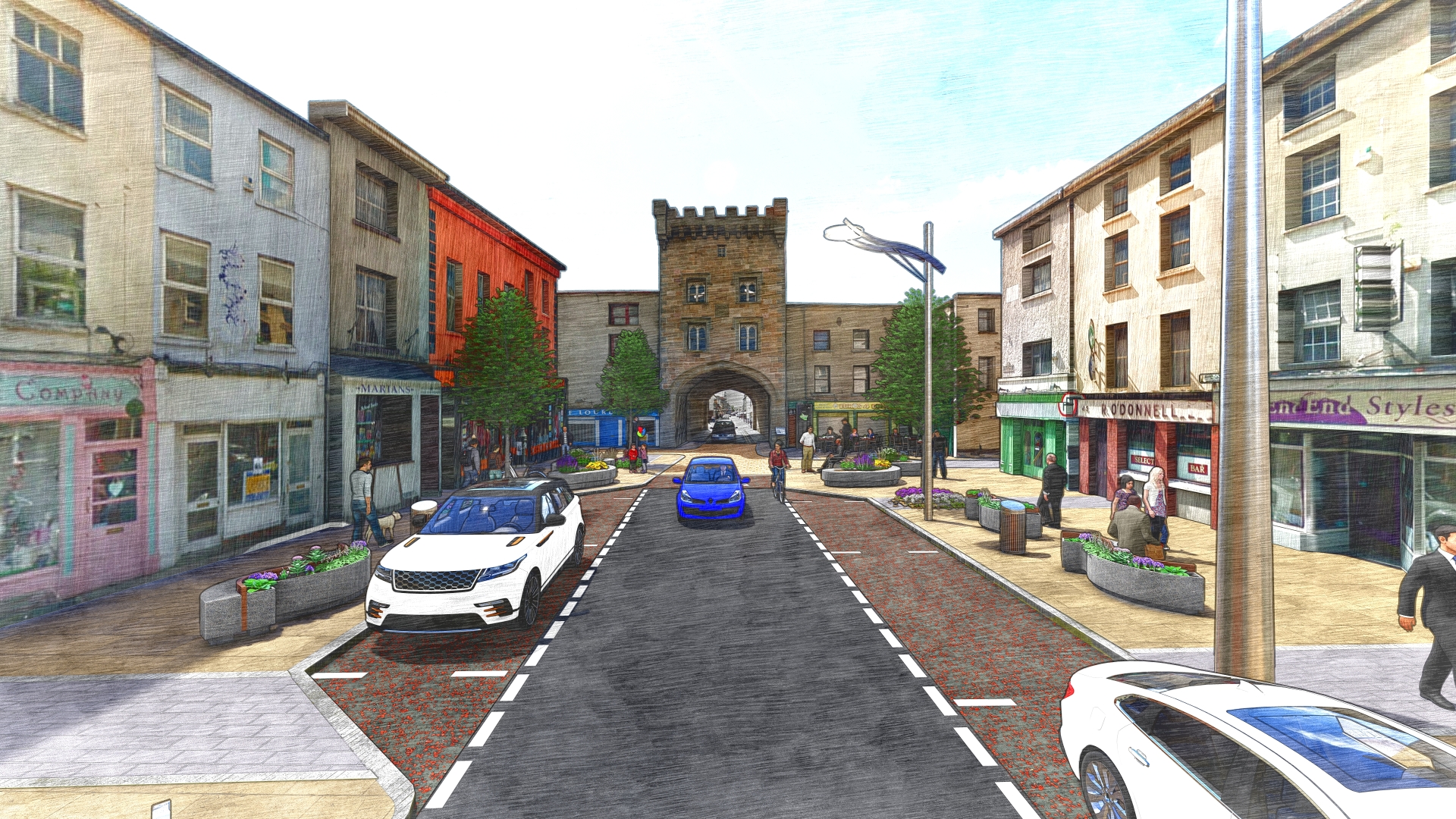 Above: A view of the new streetscape planned for Clonmel’s O’Connell Street. In the background, centre, is the historic West Gate building, where a new interpretative centre will be included in the Flights of Discovery tourism project

The Mayor continued: “Our proposal very clearly aligned with what the URDF call sought and was consistent with the National Planning Framework priority actions and locations and the Regional Spatial and Economic Strategy (RSES).

“The proposal set out a framework for the social, economic and cultural development of Clonmel that would service it for generations to come.

“The council,” stated the Mayor, “in good faith, has since the funding proposal was submitted last year worked up and obtained the formal approval for feasibility plans, master plans and Part 8 planning permission for all of the significant projects that make up our transformational vision for the town.

“A number of these were effectively ready to go to site had the URDF funds been delivered.”

In excess of €19 million of matching funding from the county council and its partners was to go towards the delivery of the €75 million proposal.

“Clonmel 2030 – Transformational Regeneration will remain our development strategy for the town as it is the correct one to follow,” stated Cllr Ambrose.

“The other members of the Borough District and I will continue to seek out all available funding sources to deliver our plans to enable Clonmel play its role in the national strategic objectives for urban, regional and rural development.”