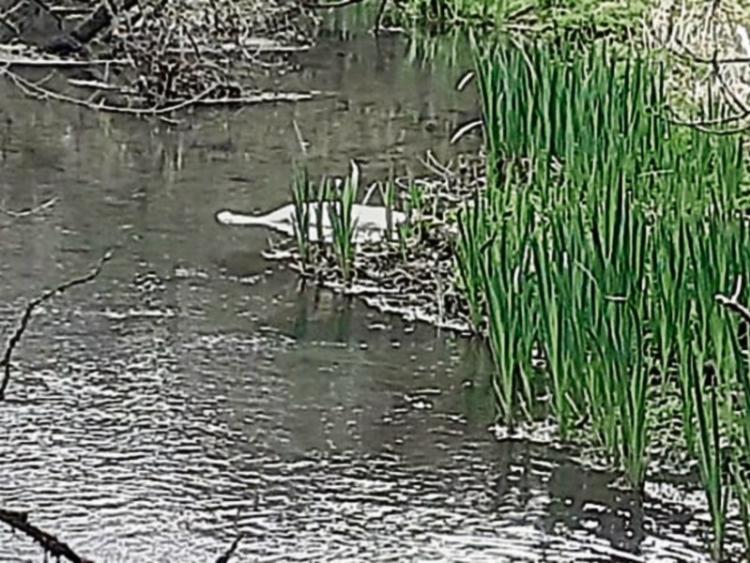 The swan that was killed at Marlfield Lake, Clonmel

There has been outrage over the killing of a swan in a wildlife sanctuary in Clonmel.

The incident happened on Friday of last week at Marlfield Lake, a popular scenic area in the town.

People have expressed their shock, horror and revulsion over the killing of the animal at the lake, which is populated with swans and ducks.

There were also reports that a duck had been struck with a pellet fired from a gun on the same day.

Bernard Lennon, secretary of the Marlfield Village Association, strongly condemned the incident and said he understands that the swan had suffered an impact to the skull. It appeared to have been knocked unconscious and drowned.

He says it was possible that it could have been struck with a stone fired from a catapult, although this couldn’t be confirmed.

He says that the swans and ducks at the lake have been targeted by people with pellet guns, catapults and bows and arrows in the past.

Mr Lennon hoped it wasn’t one of the breeding swans that had been killed. He says that if that happened, its mate would abandon the nest and leave the area to die.

“Swans mate for life. If one is injured then the other will go into a state of decline and die,” he stated.

Mr Lennon says that Marlfield Lake is a special area of conservation and all its creatures are protected.

“An unexpected consequence of this incident is that people have been made aware how fragile these creatures are.”

With the area so popular with visitors, he said that the ducks and swans had become tame.

Mr Lennon issued an appeal for people to keep an eye out for any incidents at the lake, and to report them.