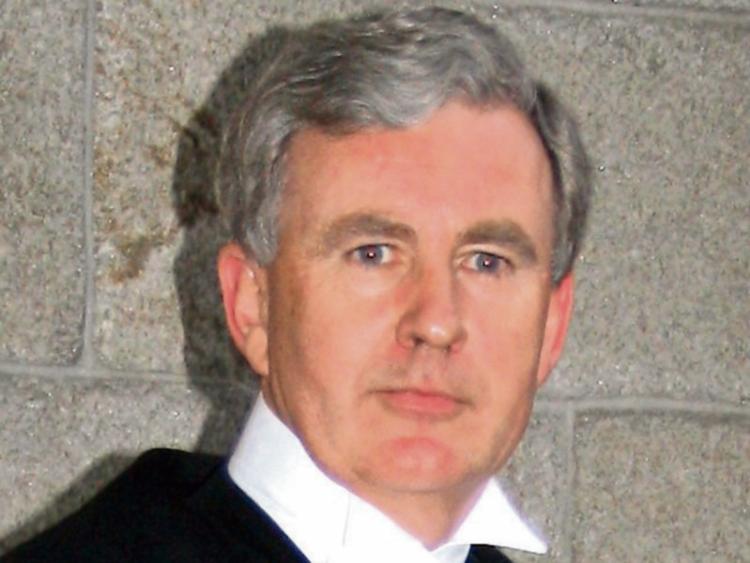 A 12 months’ jail sentence was imposed last week on a 27-year-old   man who robbed a woman of her mobile phone late at night after she photographed him kicking another man outside a Carrick-on-Suir fast food takeaway.

He also imposed  a three-month concurrent jail term  on him  for assaulting Lucas Stofanik at the same location on the same date. Mr Brew pleaded guilty to committing both offences.

Detective Garda Ruairi Ryan told the court he attended the scene of an alleged assault outside the Bombay Kebab House at Main Street in Carrick-on-Suir at approximately 1.20am on August 8, 2019.

He met Monika Chrenokova, who was upset and bleeding from the top of her head.

She told him she was assaulted by a man wearing a white T-shirt and her black Samsung mobile phone was taken.

From viewing CCTV footage of that area of the street, he identified the culprit as Dylan Brew, who was known to him.

The CCTV footage showed that prior to this incident, Mr Brew was in the company of another man, Lucas Stofanik,  outside the kebab house door.

Detective Garda Ryan outlined that Ms Chrenokova is seen in the footage walking towards her apartment two doors down from the kebab house.

The defendant then does a “roundhouse kick” that strikes Mr Stofanik in his privates area and he falls to the ground on the street.

She took a photo of Ms Stofanik, whom she knew, and sent it to her friend while walking up the street.

The CCTV shows Mr Brew going into the kebab house and as Ms Chrenokova passes by he runs out and while trying to get her mobile phone he knocks her to the ground. He grabs the phone and runs away.

The CCTV footage of the incident was shown to Judge O’Kelly during the court hearing. At one stage, it shows Mr Stofanik lying on the street after being assaulted and a car has to drive around him.

Detective Garda Ryan continued that Ms Chrenokova attended hospital the day after for treatment for the laceration to her head. She also suffered soreness to her elbow and wrist.

Ms Chrenokova’s victim impact statement was read to the court by prosecuting barrister David Humphries. In the statement, she described suffering soreness and head pain for a month after the incident.

She said  she had tried to move on and forget the incident.

She didn’t want Mr Brew to go to jail for this crime but she believed it was fair that  he compensate her for the loss of her phone.

She was happy to receive his letter of apology.

Detective Garda Ryan said Mr Brew was arrested on August 12 and a search warrant was executed at his home during which the clothing he wore on the CCTV footage was recovered.

While being interviewed at Clonmel Garda Station, he admitted  committing the  offences.

He didn’t suffer any injury due to the assault and made no statement of complaint to the gardaí. He agreed that Mr Brew was also intoxicated.

Ms Gorey said her client had been drinking whiskey for a number of hours that night but stressed he was very co-operative to the gardaí when arrested.

He expressed considerable surprise when he was told the extent of Ms Chrenokova’s injuries. He told gardaí it was his fault and he didn’t mean that to happen to her.

“His only intention was to take the phone from the complainant. He was in a state of panic when he realised she had taken photos,” Ms Gorey explained.

She argued Mr Brew’s plea of guilty to the assault on Mr Stofanik was “useful” to the prosecution as Mr Stofanik made no statement to gardaí and didn’t engage with them.

Ms Gorey explained that her client had significant mental health and addiction difficulties arising from a tragic incident when he was 16-years-old that had a profound effect on him.

He was a plumber but hasn’t worked for the past year. However, he had €500 compensation in court to pay Ms Chrenokova as he asked his family for this compensation money.

The barrister also pointed out that Mr Brew hadn’t any previous convictions at the time he committed these offences. The court heard he committed two drugs possession offences in July, 2019, which hadn’t been dealt with by the court at the time of these robbery and assault offences.

After considering all the evidence, Judge O’Kelly said while the injury Mr Brew caused Ms Chernokova was unintentional, he was satisfied that he deliberately set upon the victim in order to dispose of a possible recording taken on the phone.

“This was a deliberate attempt to destroy evidence of another crime he had just committed.

“It’s clear from the violence he used that he must have realised that it was likely to cause injury. It’s lucky his victim made a good recovery and doesn’t hold any grudge towards him.”

Taking into account Mr Brew’s plea of guilty to the robbery, letter of apology, the payment of €50 for the phone and €500 compensation he brought to court, he reduced the 18 months’ prison sentence he deemed appropriate for this offence to one-year imprisonment.

In relation to the assault, he said the aggravating factor was how Mr Brew left Mr Stanofik lying on the road after knocking him to the ground.  He feared the consequences could have been much more serious if a passer-by had not alerted the driver of a car to Mr Stanofik’s presence on the ground.   Judge O’Kelly concluded the appropriate sentence was five months’ imprisonment, which he reduced to three months.  He backdated the commencement of the overall 12-month prison sentence to February 14 last year when Mr Brew went into custody.