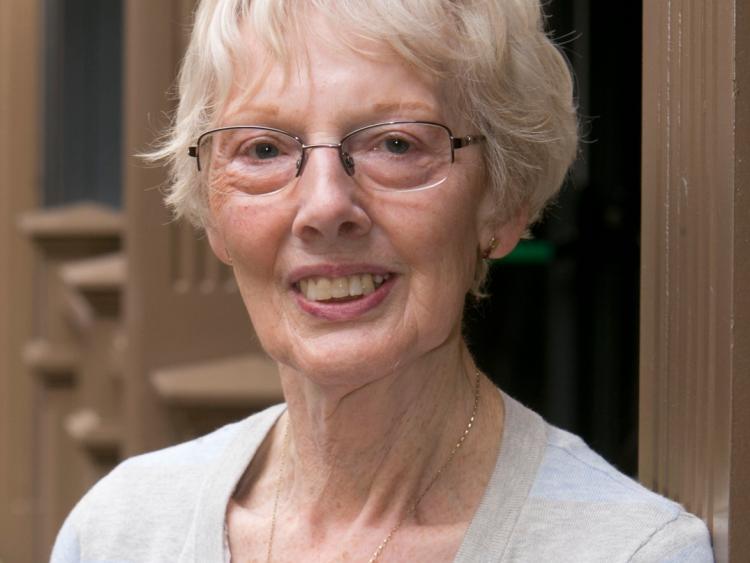 A Golden woman, who is a survivor of oesophageal cancer, is urging people to listen to their bodies and contact their doctor if they are concerned about any symptoms.
Mary Quinlan from Athassel Abbey, Golden is six years free of cancer and sharing her experience in the hope it will help other people who fall ill to oesophageal cancer.
The mother-of-four and grandmother is doing so during Lollipop Month where the Oesophageal Cancer Fund (OSF) is encouraging the public to “Shake your Lolly” and donate to the Fund which supports research and treatment of this aggressive cancer.
Mary was diagnosed with cancer in October 2014 shortly after retiring from her job at IFAC accountants in Cahir. “I was having my lunch one day about a month after I retired and I couldn’t swallow. I hadn’t been feeling unwell and after I got my breath back I was okay for the rest of the day. Then it happened again the following day.”
The swallowing difficulty didn’t happen to her all the time but it bothered her enough to book an appointment with her GP where she got her bloods taken. The blood tests didn’t show up any problem but Mary sought further tests. She was referred to Cork University Hospital where an endoscopy identified a tumour in her oesophagus.
“I had a sister-in-law who died from cancer and she said to me before she died ‘always listen to your body’. I was following through on that. I just knew, I just got this gut instinct.”
Mary, who is married to Francis, remembers clearly the awful feeling of receiving the cancer diagnosis and it really hit home with her when she was told she would be discussed at the oncologists’ case conference the following day. She was placed under the care of consultant surgeon Thomas Murphy at Cork’s Mercy Hospital and embarked on chemotherapy and radiotherapy followed by keyhole surgery to remove the tumour. “It was pretty intense. You are on this kind of roundabout and just keep going,” she recalls.
Her recovery was slow after the treatment. “I had to learn to eat again, starting off with baby food and rice. I was tube fed for six weeks after coming home from hospital.”
The cancer treatment has permanently changed the way Mary eats as her stomach is now half its previous size. It has resulted in her losing three stone. “I eat a little and often. You have to eat very slowly and I can’t eat everything but at this stage I know my limitations.” After five years of annual check ups, she received the good news last year that her recovery has progressed so much that she was ready to be discharged from the care of the oncology team in Cork who treated her.
Mary is thrilled to be feeling so well six years after her diagnosis. “You re-evaluate all your values. Each day is a blessing. It’s marvellous.”
Two of her 10 grandchildren have been born since her cancer treatment and she enjoys an active life going for walks and gardening.
She confesses her self-confidence was shattered for a while after her cancer treatment as she worried it was coming back when she felt any little pain but she has grown in confidence as time passes.
She pays tribute to the support she received from the Oesophageal Cancer Fund and Clonmel’s CARE Cancer Support Centre. She has found attending a support group for oesophageal cancer survivors at the Mercy Hospital in Cork a huge help. She remembers feeling very isolated after coming home following her surgery as she didn’t know anyone else who had oesophageal cancer.
“There was a feature on Ireland AM one morning coming up to Lollipop Day, which is the OCF’s annual fundraiser. I looked up their website and discovered it ran biannual open days for survivors. I went up to one of those and found that a fantastic support.”
Mary is looking forward to the resumption of the support group in Cork that she attended monthly before the pandemic.
She enjoys the social aspect of the support group, meeting people who have gone through the same illness as her and sharing their experiences.
She says the OCF has done tremendous research into oesophageal cancer and that is where all the money raised by the Lollipop Month campaign will be spent.
She encouraged the public to support the fundraiser and to follow up with their doctor if they begin suffering any symptoms of concern.
She points out indigestion is the first symptom suffered by a lot of people diagnosed with oesophageal cancer though that wasn’t the case for her.
“If sharing my story gets only one or two of your readers to follow up on something they are not happy with, it will be worthwhile.”
To find out about the Oesophageal Cancer Fund or donate to the Shake Your Lolly campaign visit www.ocf.ie.