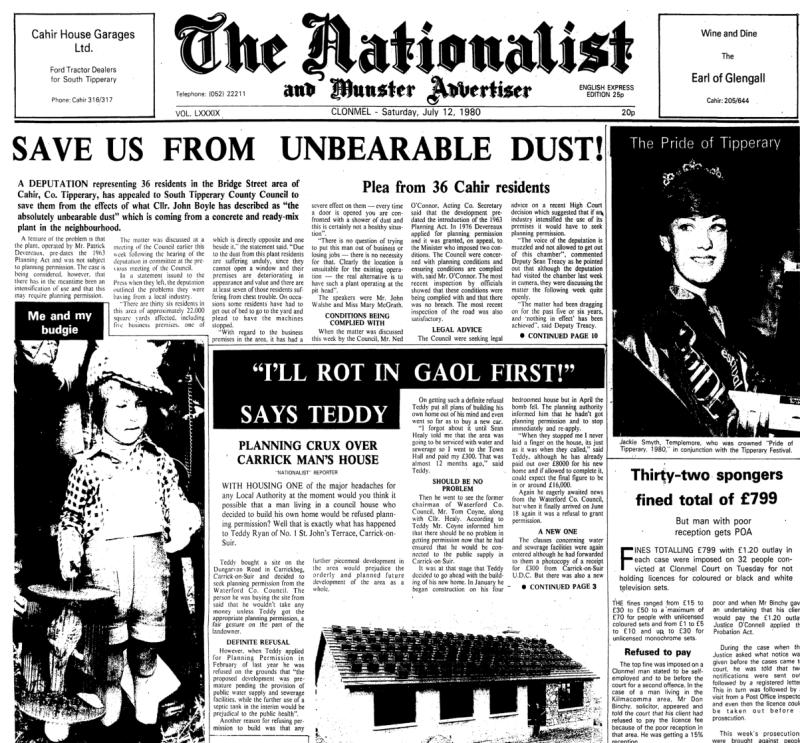 “I’ll rot in gaol first!” says Teddy - was the heading on our lead front page story of July 12, 1980.
It related to a planning crux in Carrick-on-Suir where Teddy Ryan of No. 1 St John’s Terrace, decided to build a house at his site on the Dungarvan Road in Carrickbeg having been assured planning would be no problem. Three months after commencing work on the four-bedroom bungalow the council informed Teddy that he hadn’t got planning permission and he needed to re-apply. And then in June, six months after starting building, he received a second letter of refusal.
There was a story that week also about a deputation of 36 residents in Cahir who were appealing to South Tipperary County Council to save them from the effects of what Cllr John Boyle described as “the absolutely unbearable dust” coming from a concrete and ready mix plant in the neighbourhood.
Southern Karting Club were also making an appeal to raise £2,000 to send club member John Cassin from Clonmel to the World Championships in Belgium that September.
While Cllr PJ Powell threatened a “sit-in” at the Town Hall until a playing pitch was provided at the Old Bridge. He said he had been trying for years to get the Corporation to provide one and nothing had been done about it.
Finally, 32 Tipperary TV “spongers” were convicted and fined a total of £799 at Clonmel Court for not holding licences for coloured or mono TV sets.

Throwback Thursday - Remembering the summer of 1996 in Tipperary 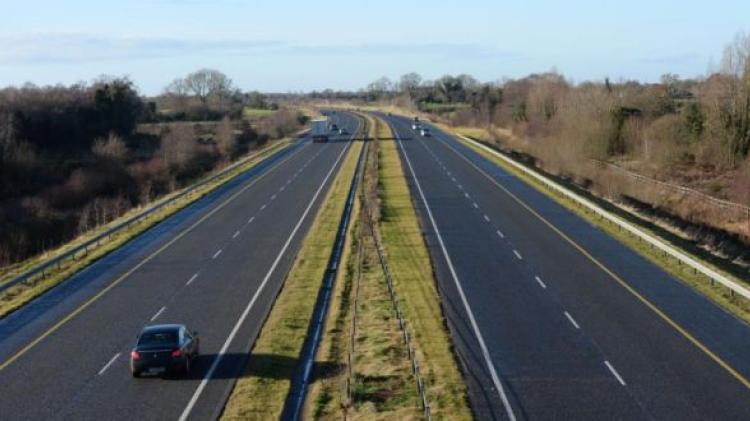