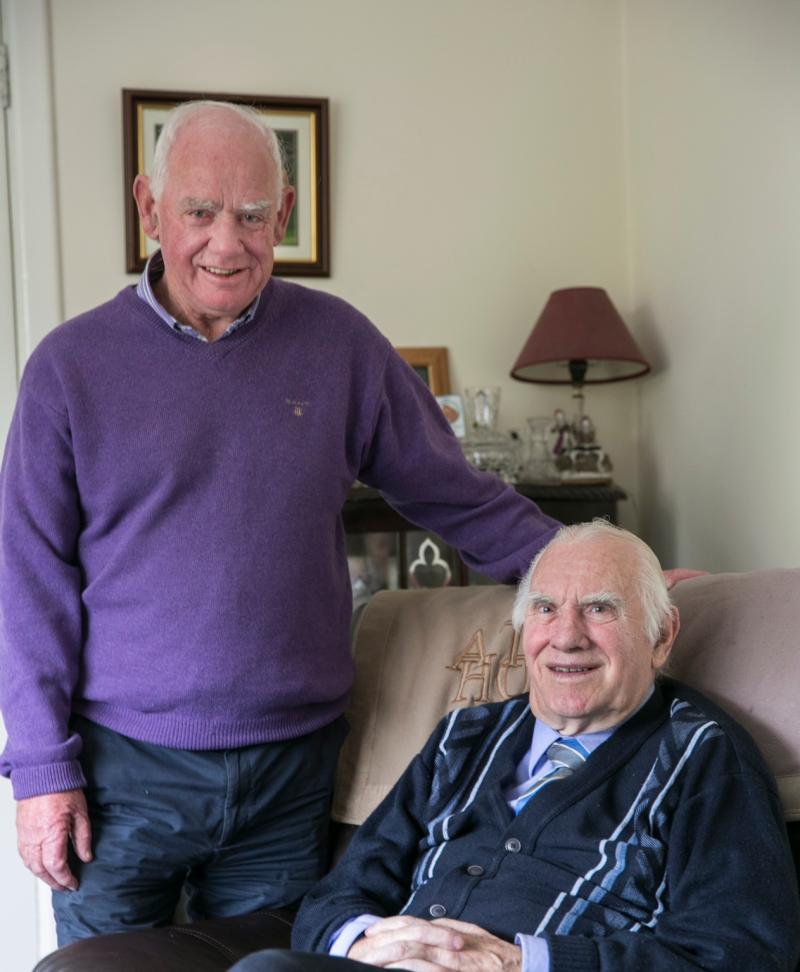 The passing of Clonmel Commercials club president John McNamara on Friday last was nostalgically reflected upon over the weekend by lifetime friend and former playing colleague Timmy Ryan, who soldiered with ‘Mac’ from boyhood “playing everything and anything” down the years.
While John McNamara is known far and wide as ‘Mr Commercials,’ Timmy pointed out to those who wouldn’t remember back to that era that ‘Mac’ was also accomplished at other sports. In his younger days he was a very good tennis player, as well as a basketball player and John also helped Marlfield to South Senior Hurling Championship successes in the 1960s and 1970 as a goalkeeper.
First hand, like few others around today, Timmy could recall with precison all that his great friend contributed over his lifetime to his beloved Commercials, from his minor days in the mid 1950s to winning his first county senior football medal as a young forward when he was part of the successful set-up in 1956.
John McNamara also played a huge role in the legendary three-in-a-row county winning teams from 1965-67, again in 1969, and was a selector, alongside Timmy himself, when Commercials defeated Ardfinnan in the county final at Clonmel Sportsfield in 1971. The Clonmel Commercials team who represented Tipperary in the Munster Senior Club Championship at Clonmel v Kill (Waterford) in 1967, the third year of their famous 1965-1967 three-in-a-row county winning teams. Goalkeeper John McNamara is pictured in the back row. Timmy Ryan is second from left in front row.

As significant as his contributions on the field were over three decades, according to Timmy, ‘Mac’s’ greatest work for the club was done after he retired from playing.
“In all fairness he was, as they refer to him ‘Mr Commercials,’ because when he set his mind to anything he was determined to see it through. He was some man in a meeting, or on a committee, and he wouldn’t be put off easily,” said Timmy with a nostalgic smile.
“He said it out when it needed saying and those of us who knew him best, knew when ‘Mac’ was about to let them have it. But he got things done and Commercials owe him so much for that. No one knows half of the things ‘Mac’ accomplished for Clonmel Commercials but among many other things he was an instigator in setting up the Minor Board at the time, and he also put huge work into promoting underage football. He was for years and years (before we had mobile phones or texting) over and back to Clonmel High School waiting at the gate for students to come out and tell them about upcoming games, etc. Not many would do all that he did,” said Timmy.
“No doubt, he will be greatly missed by the club and even more so by his family,” added Timmy.