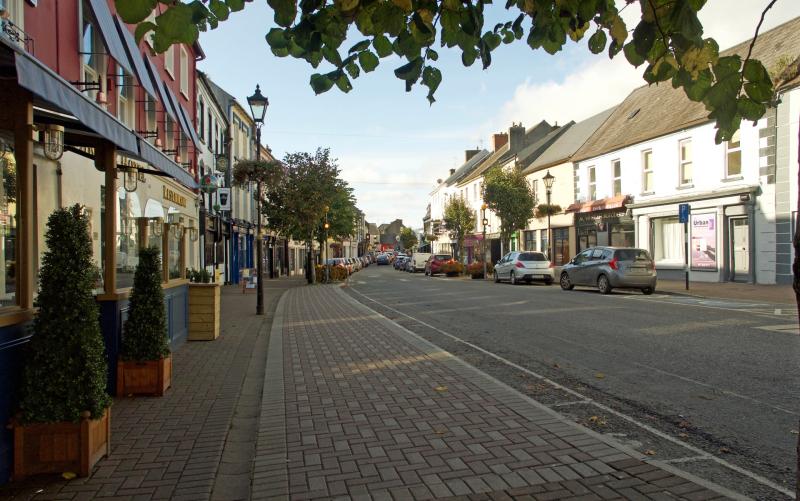 Moves are afoot in the wake of the Carrick-on-Suir Regeneration Scheme’s adoption to organise a meeting of traders and property owners who signed a petition last week objecting to its proposal to almost halve Main Street’s parking spaces.
The 11th-hour petition signed by business and property owners of 19 Main Street premises was submitted to council officials by one of the signatories, Fianna Fáil Cllr Kieran Bourke, at a private workshop of Carrick-on-Suir MD’s five councillors prior to the district’s monthly meeting at which the regeneration scheme planning application was adopted.
Other signatories of the petition included the proprietors of Butler’s Electrical Store, Whelan’s Butchers, Kehoe’s Butchers, Hearne’s Hardware Store, the Central Grill, Coghlan’s Pharmacy, Strand Cleaners, Number 21 Off-Licence, Carrick Print, Cooney’s Bar, Westgate Deli, The Cabin, The Shoe Centre, Splash & Chat Internet Café and Vincent’s Charity Shop.
The petition stated its signatories believed the huge loss of on-street parking would “severely damage” their businesses.
John Hogan, who owns Kehoe’s Butchers , said there was “deep unhappiness” among business people who signed the petition that the regeneration scheme as approved still included a huge reduction in car parking spaces on Main Street.
He said it was planned to organise a meeting of the petition’s signatories next week to discuss the decision and their options and see what undertakings the council can give to address issues with car parking, public lighting, signage and access on the side streets off Main Street before the revamp of Main Street takes place.
Jim Butler of Butler’s Electrical Store, who collected the petition, said he would like a meeting of Main Street businesses and property owners concerned about the parking changes to take place to see if they can make a stand and contest the council decision.
He said it was a “terrible” decision to adopt the regeneration scheme with a plan to cut so many parking spaces on Main Street.
“I am just wicked annoyed and all customers I have spoken to about it are disgusted with it.
“We get a lot of customers from places like Mooncoin and Portlaw who prefer to come to Carrick because it’s more convenient than Waterford city.”
He believes the removal of so many parking spaces will only drive shoppers away from Main Street.
“People want convenience; they don’t want to have to park up at the St Nicholas Church car park and walk up to Main Street on a bad November day.
“What they will do is go shop in Mr Price, Super Valu, Lidl and Aldi.
“They (the council) are promoting ‘off the main street’ shopping.
“Don’t anyone tell me any different.”