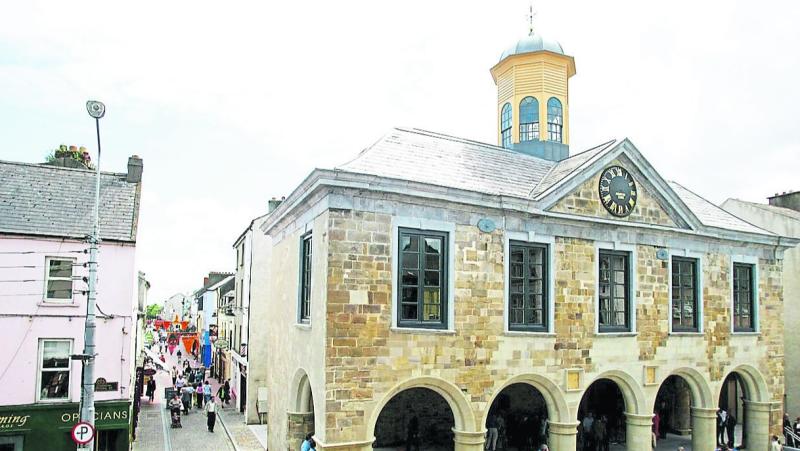 A Clonmel-based councillor has stated that he has “a sneaking suspicion that a lot of things are travelling up the road to Nenagh and not coming back to Clonmel.”
Cllr Pat English made his remarks at a meeting of Clonmel Borough District, when he sought a meeting to discuss the issue with Joe MacGrath, Chief Executive of Tipperary County Council, who he pointed out was based in Nenagh.
He said that the role of the town of Clonmel and the role of the mayoralty had been diluted since the enactment of a law in 2014 that “did away with borough councils” and amalgamated South and North Tipperary County Councils.
Cllr English, a former Mayor of Clonmel, suggested that the six members of Clonmel Borough District would sit down and talk with Mr MacGrath.
They had already requested a meeting with Peter Burke, Minister of State at the Department of Housing, Local Government and Heritage, about the abolition of councils and corporations. Cllr English said they should be fighting to get town and borough councils back up and running again.
However District Manager Sinead Carr said that “sneaking suspicions were not the basis” to seek a meeting with the council’s Chief Executive.
She said she was happy to talk to Cllr English and if he wasn’t happy with that meeting they could then meet with the county manager.
The District Manager asked what services weren’t working for the district. The autonomy of the district was a national issue and neither she nor the Chief Executive could affect that in any way.
She said she had also raised Cllr English’s concerns about staff levels.
In a reference to his call at the previous Borough District meeting for a referendum to ask the public if they agreed with the decision to abolish Clonmel Borough Council and South Tipperary County Council, Cllr Niall Dennehy said that the current role of District Mayor didn’t have the same power as the previous role of Mayor.
He went on to say that “the championship is over” and compared the role of District Mayor to “back door medals”.
District Mayor Michael Murphy said he had supported Cllr Dennehy’s call at the previous meeting.
He too agreed that the abolition of the Borough Council had been a mistake and he strongly supported any moves to reinstate Clonmel as an independent borough.
However, Cllr Murphy took issue with Cllr Dennehy’s reference to back door medals, and said he didn’t view his role as wearing some kind of medal.
“It’s about taking the baton from the outgoing Mayor and driving the ambition and vision for the town,” he said.
It was also about facing the challenges and being committed to the town.
Cllr Murphy said he had never said anything about the dilution of the role of Mayor. He said he had previously spoken about the status and autonomy of the wider Clonmel Borough District.
Cllr Richie Molloy said he had held the office of Mayor in the Borough District and in the Borough Council. It might be different but there was still a Mayor in the district and he complimented Cllr Murphy on his work in the role.
Cllr Siobhán Ambrose stated that the county council’s Arts Officer Melanie Scott, who was based in Nenagh, was wonderful and worked extremely hard. However, she thought it was “a given” that an Assistant Arts Officer would be based in Clonmel.
While the appointment was to be welcomed, she didn’t see why the assistant officer should also be based in Nenagh.
Sinead Carr stated that the Arts Officer did an excellent job and two people were better than one, irrespective of where the assistant was employed.