Warning issued over Knocklofty House and nine other buildings 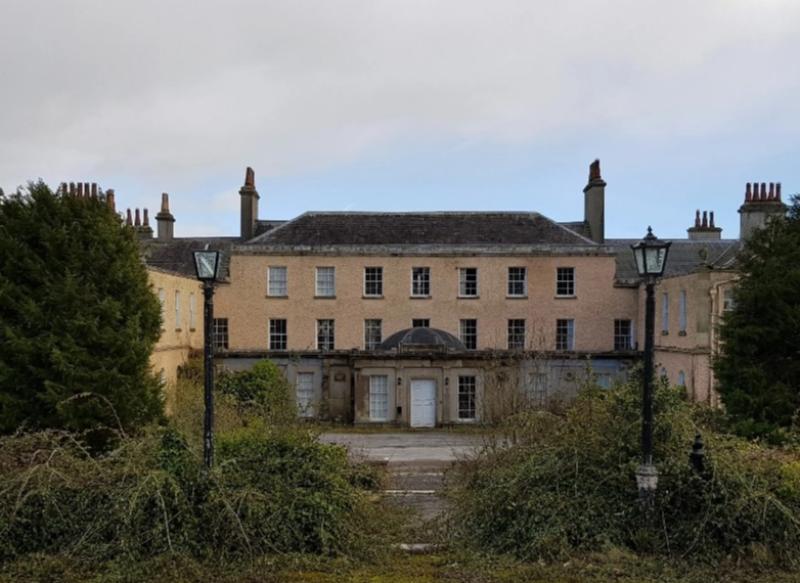 An 18th century manor house near Clonmel is included on An Taisce's  Ireland’s Top 10 Most at Risk Buildings for 2021.
Knocklofty House, the former home of Lord and Lady Donoughmore, has fallen into a state of disrepair in recent years.
An Taisce, a charity that works to preserve and protect Ireland’s natural and built heritage, says the buildings on the list are all buildings of importance, both intrinsically and to the heritage of their local areas; buildings that lie vacant and are in such a state of disrepair that they may be dangerous or have no identifiable new use.
These buildings could be lost to future generations unless direct action is now taken to preserve them, An Taisce added.
An Taisce’s Head of Advocacy Ian Lumley said, “We are seeing widespread vacancy and dereliction of heritage buildings in Irish towns and cities.

“There is so much opportunity in restoration and conservation. In these pandemic times, we have seen the value of community and a growing appreciation for spending time and getting to know our local areas.
"Together with a homeless crisis that has not gone away, this offers a compelling argument to save and repurpose many of the buildings on the list and many more for either community or residential use.
"Restoring and repurposing heritage buildings is also far more sustainable than allowing them to deteriorate, bulldozing them, and constructing new developments from scratch.”

Knocklofty House, which was also a country house hotel for a time, is listed as a protected structure under the existing County Development Plan, as well as being included in the National Inventory of Architectural Heritage for its artistic, historical, social and architectural significance.