Tipperary's capital town will be 'transformed' in the coming years 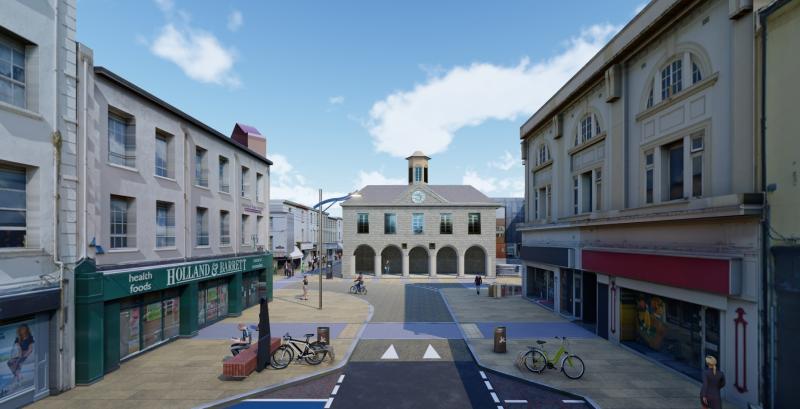 The multi-million euro plans that were under construction and in the pipeline for the town meant that Clonmel would be a very different place in the next five to ten years, according to Cllr Siobhán Ambrose.
She told the December meeting of Clonmel Borough District that the Urban Regeneration and Development Fund (URDF), or Town Centres First programme would be transformative for Clonmel.
Cllr Ambrose had requested that the next phase of the Clonmel Urban Design Plan would be commenced from where the planned current phase stopped at St Mary’s Church in Irishtown up to the traffic lights in Upper Irishtown.
A report from District Administrator Jim Dillon said it was the ​Borough District’s intention to initially secure funding for the current phase of the Clonmel Urban Design Plan before new areas were included.
However, the criteria for a further call for funding of urban realm works was awaited.
If there was a possibility to include extra areas, the feasibility of including the area requested by Cllr Ambrose would be examined.
Cllr Ambrose said she was delighted to hear that.
However District Manager Sinead Carr said this didn’t mean that this area would be definitely included.
Tipperary County Council wanted to get as much as possible from the Town Centres First programme, and was anxious to have the Suir Island gardens project and the bridge linking Suir Island to the town centre completed first.
However they hadn’t forgotten about the area requested by Cllr Ambrose, Ms Carr added.

Revealed: Former public house in Tipperary to go up for sale in online auction for €190,000