Yesteryears from our archives: A Tipperary pub was selling date rape drug kits 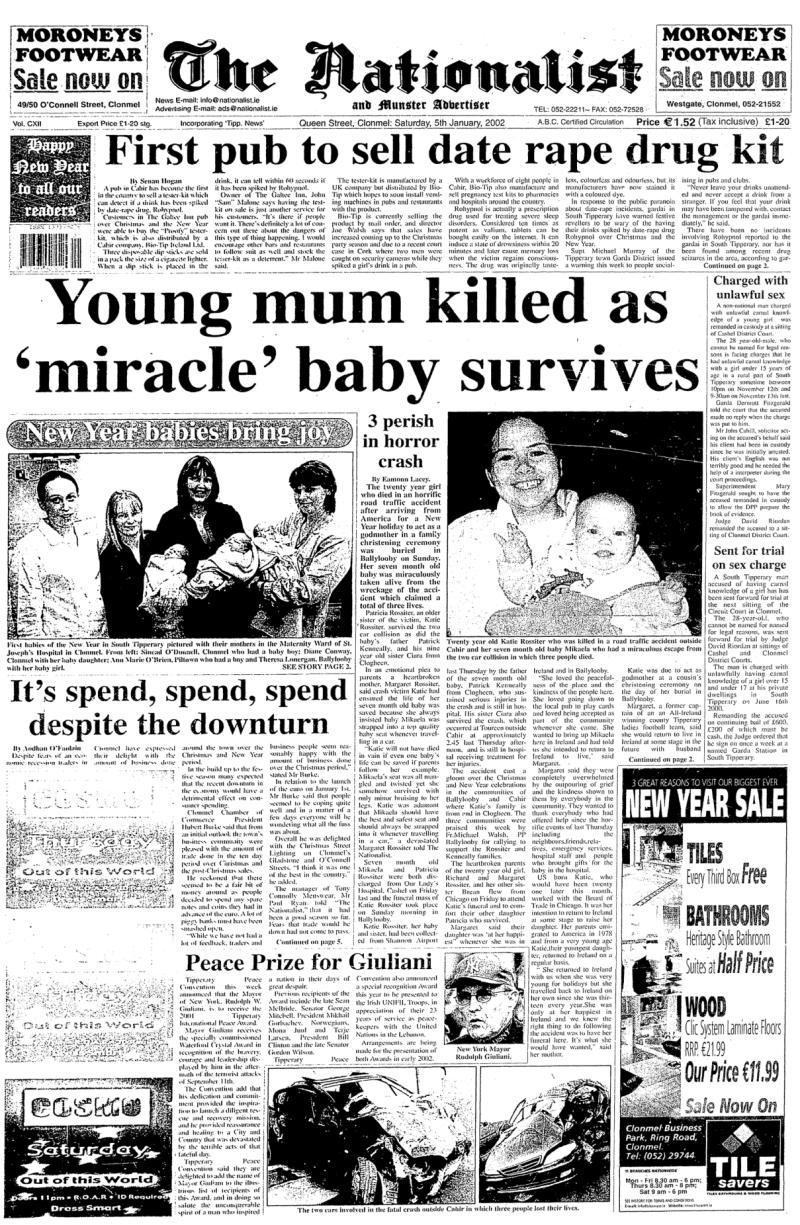 A Cahir pub had become the first in the county to sell a date rape drug tester kit in 2002.

Our first edition of the year 20 years ago was dated January 5, 2002. It was a mix of joy for some and heartbreaking sadness for one family in particular.
Four bundles of joy arrived in the form of four New Year’s babies at St Joseph’s Hospital in Clonmel to proud mothers Sinead O’Donnell, Clonmel (a boy), Diane Conway, Clonmel (a girl), Ann Marie O’Brien, Piltown (a boy) and Theresa Lonergan, Ballylooby (a girl).
The heartbreaking sadness at the turn of the year in 2002 came with a post-Christmas car crash near Cahir that claimed the lives of three people including a 20-year-old American girl Katie Rossiter who had just arrived from Chicago and was on her way to visit her extended family in Ballylooby. Miraculously her seven-month-old baby, Mikaela, survived the accident which also claimed the lives of a Wexford couple who were travelling in the other car.
Katie was home from the USA to act as godmother at a cousin’s Christening on the day of her burial in Ballylooby. Her parents had emigrated to the US in 1978.

We also reported that the Tipperary Peace Convention had chosen Mayor of New York, Rudolph Giuliani, to receive the 2001 International Peace Prize in recognition of the bravery, courage and leadership shown by him in the aftermath of the 9/11 terror attack of 2001.
Also that week a Cahir pub had become the first in the county to sell a tester kit which could detect if a drink had been spiked by the date-rape drug, Rohypnol. Customers in The Galtee Inn pub were able to buy the tester-kit which was being distributed by a Cahir company, Bio-Tip Ireland.