Carrick-on-Suir’s St Nicholas Conference of St Vincent de Paul delivered more than 75 food hampers along with food vouchers and fuel to people in need in their community before Christmas thanks to funds raised by local primary and secondary schools.
St Nicholas Conference President Michael Lonergan said they received an overwhelming response from local schools to their letter requesting them to come up with fundraising ideas for the conference’s annual Christmas Food Appeal.
More than €3,500 was raised by the schools through fundraising events such as a Christmas jumper day, raffles and the making and selling of Christmas themed gifts. The money was used to provide the food hampers, food vouchers and fuel to the needy in the community. The hampers were supplied and distributed by SuperValu in Carrick-on-Suir.
Mr Lonergan thanked staff and students in all the schools including parents who took part in the campaign and congratulated them on their magnificent  fundraising efforts to help those less fortunate in the community. 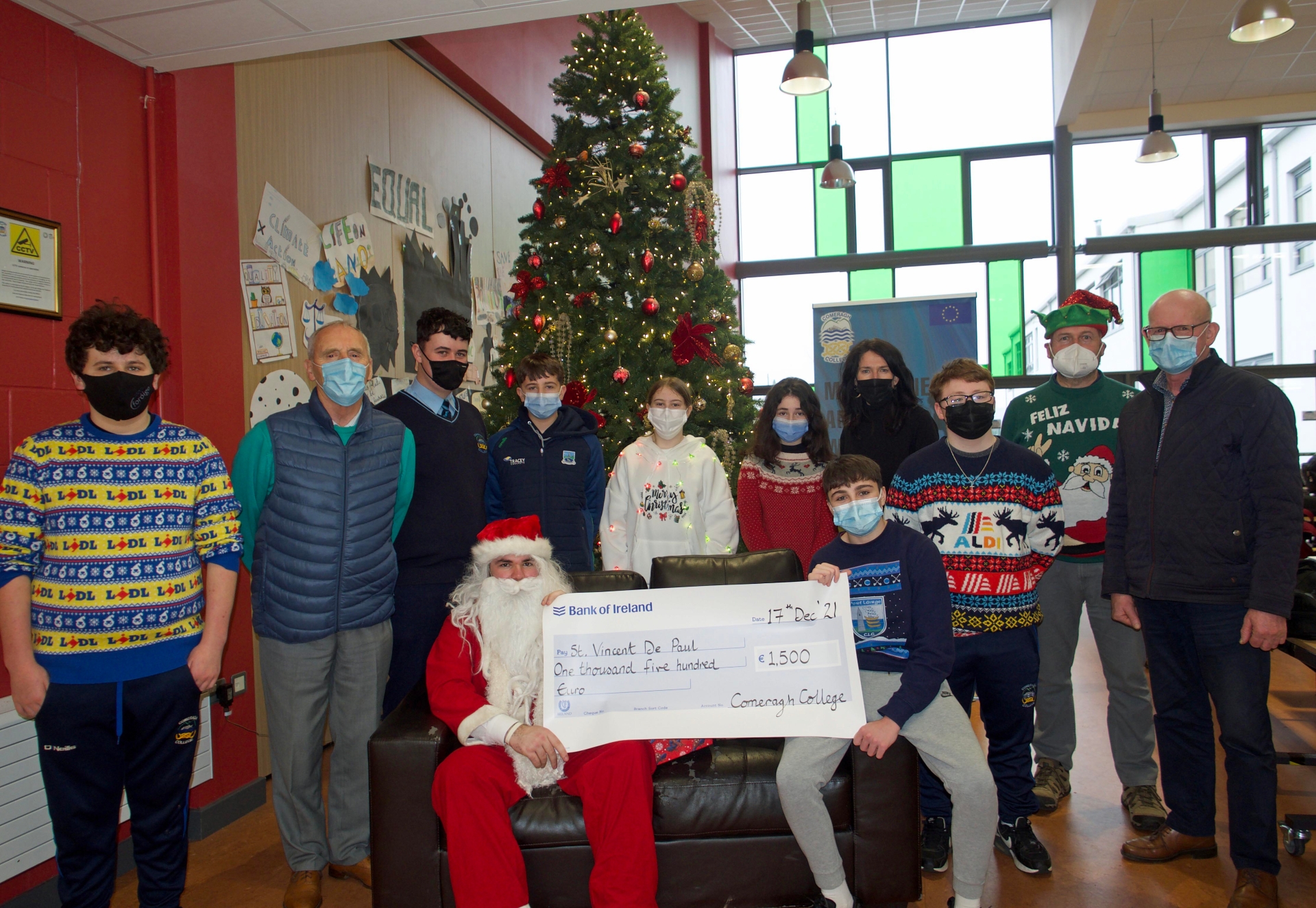 More photos of schools in Carrick-on-Suir and its hinterland presenting donations to St Nicholas Conference of St Vincent de Paul's Christmas Food Appeal are printed in this week's edition of The Nationalist now in local shops.