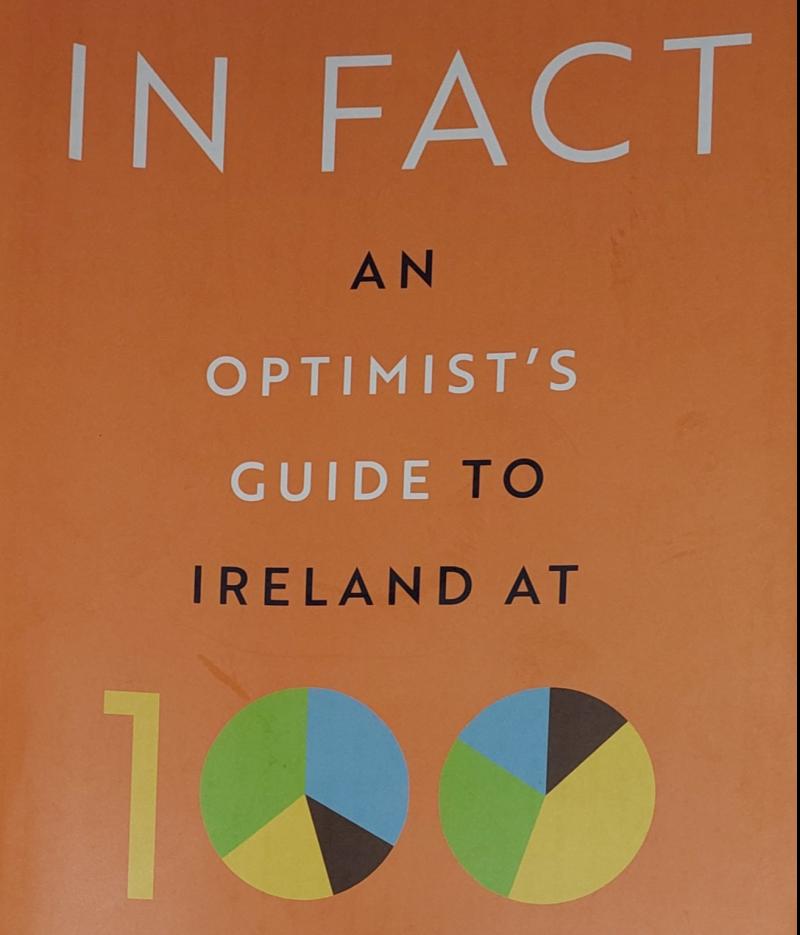 A 100th birthday should be the occasion of celebration, whether in a person’s life or the marking of a very special event in the history of a country. Yet, that very special occasion in the history of our country has come and gone without, apparently, any official acknowledgement: no speech from the President, no mention in the Dáil, no free day from school for children, no band parade passing Dublin’s GPO. Nothing. Why?
The month of December 2021 has come and gone without a valedictory handwave at December 6, 1921, when the Articles of Association, popularly known as the Treaty between Great Britain and Ireland, bringing to an end 800 years of conflict, were signed. It was the birth of the Ireland we live in today. Yes, it was a painful birth, followed by disunity, conflict, the devastation of a Civil War, a world economic recession, mass emigration, the constant threat of dissidents, the challenges of establishing institutions, the maintenance of security, law and order.

So, we have arrived at where we are today. And where are we today?
If there has been an official ignoring of a very significant century in the story of Ireland, then Mark Henry has more than compensated for it in his recently published book: “IN FACT - An Optimist’s Guide to Ireland at 100.”
It seems to me that while the author presents his views as optimistic, the views expressed are factual, realistic. He tells it how it is now in Ireland in an easily readable script illustrated by very accessible statistics and graphs. It comes with a recommendation from Professor Luke O’Neill: “If you want to cheer yourself up, read this book.” My sentiments exactly!
Before giving yourself that cheering up, however, it seems to me that one should park the current obsession with the pandemic. That is a worldwide phenomenon. And try to also park the messes, the mistakes, made by various Irish governments during our century of self rule: the so-called Economic War of the 1930s which destroyed our only then market for agricultural produce, and in the process seriously threatened the livelihood of farmers: or the madness and over-spend of the Celtic Tiger. And try and park the duplicity and corruption of some, and only some, opportunistic politicians, because we have, in fact, been well-served by the majority of our elected representatives and during the earlier decades, when totalitarianism took over so much of Europe, we managed to hold on to the tender shoots of our young democracy.
So rather than the negative, let us look at the positive and that is what Mark Henry does. He charts the progress which has been made from the time the new State was born to its current hundredth birthday. Then, and for decades afterwards, “Ireland remained one of the most poverty-stricken nations in Europe.” Now, “it has the second-highest standard of living in the world.” Unbelievable? Read his series of chapters on how we did it. He identifies the four enabling factors which facilitated this extraordinary progress - stability, community, education and openness.
In prioritising these enablers, the reader has the option of making a personal choice. For this reader a major factor seemed to be the investment and easier access to education and the training and nurturing of skills. We now have opportunities, know-how, we are learning more, earning more - three times more than our grandparents according to “IN FACT” - all of which has changed the quality of life in Ireland.
That quality, as Mark Henry illustrates, extends to all areas of our lives especially the lives of children and women. Does anyone now recall a time when women were compelled on marriage to retire from their work and careers? It has extended to the homes in which we live, and the fact that mid-last-century, the lavatory was in the backyard, and a tub of water in front of the fire on a Saturday night was the substitute for the bathroom/showering facilities of today’s homes.

EDITORIAL: Columnist Peg Rossiter is a remarkable person on and off the page

NO PIE IN THE SKY
This recently published book “IN FACT” is a study of actual facts. There are no pie in the sky aspirations. It seems we are a happy people, engaged with the world, well-regarded by other countries, living in a peaceful prosperous beautiful country. So why do we not believe it?
Mark Henry says that “bad news cascades” out of all our media. It does. And he says “humans suffer from a ‘negative bias’. We are programmed for bad stuff to impact a lot more than the good.” All of us must identify with that conclusion.
However, all is not sweetness and light. In a chapter under the title “Room to Improve” we urgently need to vastly improve our attitude to climate change and particularly to reduce our emissions of greenhouse gases. We need to make childcare less expensive, and, of course, the most obvious and immediate urgency is building houses and providing homes for the homeless.
The book concludes with some cautionary facts. While we are certainly living longer and healthier lives we need to watch out for that monster - Obesity. And, alarmingly, because it is a threat to our democracy, fewer and fewer of us are voting.
I read Mark Henry’s “IN FACT - An Optimist’s Guide to Ireland at 100” (published by Gill) over the Christmas and have since stopped moaning about “the state of the country.” And if I won the Lotto, I would put a copy in every Irish home.