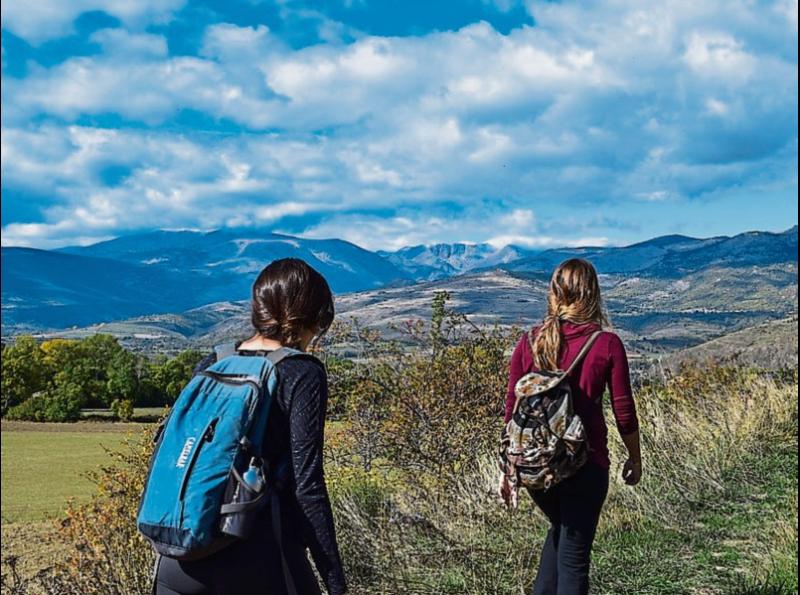 2022 is the beginning of a new chapter for St. Declan’s Way. Often labelled ‘Ireland’s Camino’, the ancient pilgrim route covers 115km of gorgeous Irish countryside from Cashel to Ardmore. This is the first time the route will begin the year, and the walking season this entails, as an officially way marked path.

Way marking and reclamation of the route was completed in 2021, with Sport Ireland passing it as a way marked long-distance trail in July. The path was officially opened in September 2021 by Heather Humphreys, Minister for Community and Rural Development, during a ceremony held at Mount Melleray Abbey.

The legendary path travels from Cashel to Cahir and along the banks of the Suir to Goatenbridge. From here it ascends the Knockmealdown Mountains via the Newcastle to the Mount Melleray road, then wending onward to Lismore via Mount Melleray. From Lismore the route travels across the beautiful west Waterford countryside to Aglish. It finally winds along pretty reclaimed ancient walking paths, which meander on to the beach at Ardmore, home of St. Declan’s Monastery.

To mark the path’s first full year as an official walking route, local activity group, Knockmealdown Active, is organising a five-stage guided walk of the entire route. This quintet of walks will take place across three weekends, starting on March 19 and finishing on the May bank holiday weekend. The longest stage, travelling over the Knockmealdown Mountains from Goatenbridge to Lismore, will take place on Holy Saturday, as part of Pilgrim Paths Week 2022.

Keep an ear out for RTE1's ‘This Week’ programme in the coming weeks especially on the 1 to 3pm slot for a preview of the 2022 events schedule. Further information is also available at www.pilgrimpath.ie.

Apart from Stage 3, which crosses the Knockmealdown Mountains above Goatenbridge, the rest of the route is along relatively flat roads, old recovered trails and forest tracks. Those with an average level of fitness should be well able for the event. All the walks are guided, so no previous walking experience is necessary.

Stages cost €40 per person per stage. There are limited ‘early bird’ places priced at €175 for those booking all five stages. Those taking on all five stages will receive a St. Declan’s Way Pilgrim Passport and replica Duibhín Deaglán (St. Declan’s Stone). The passport can be stamped on completion of each stage. The fee covers morning refreshments, bus transport from check-in to start point, guides, sweepers, medics and food at the end of each walk.

Completion of more than one stage of St. Declan’s Way can be utilised as a precursor to completing the Camino de Santiago in Spain. Online booking for St. Declan’s Way 2022 is now open at www.StDeclansWay.ie. Follow the event and enter a FREE COMPETITION for two tickets for All Five Stages of the 2022 event at www.facebook.com/StDeclansWay.