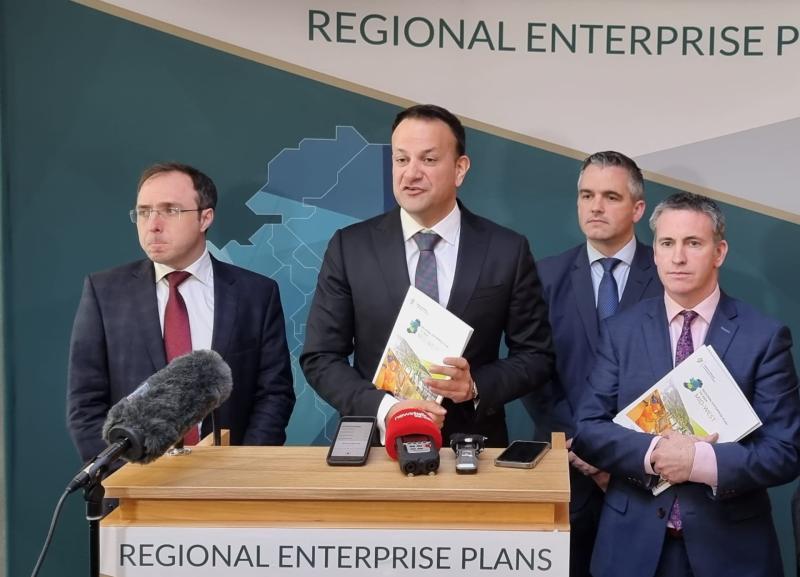 The Mid West region saw employment grow by 29.19% last year, according to figures released by the CSO on 17 February. A record 2.48 million people are now at work, close to the 2.5 million target set in the Economic Recovery Plan published by the Tánaiste last year, a Fine Gael Senator has said.

Despite the imposition of restrictions at the end of last year, 17,500 jobs were still added in October, November, and December.

Senator Garret Ahearn said: “It’s really encouraging to see the Mid-West add 29.19% jobs over the course of 2021. In fact, all 8 regions in Ireland recorded strong employment growth. Employment outside of Dublin increased by 156,800 or 9.7%.

Senator Garret Ahearn continued“Balanced regional development is a priority for this government. The pandemic and Brexit remain risk factors for the year ahead and the Government will be monitoring the situation closely, but we have grounds to be hopeful. These impressive jobs figures are a testament to the exceptional levels of financial support the Government has provided workers and businesses over the last two years.

“A new record high in female participation suggests that remote working may have made our jobs market more accessible, creating greater opportunity for participation, now and in the future.

“In the coming weeks, a dedicated regional enterprise plan for the Mid-West region will be unveiled.

“These are bottom-up, community-led plans that will be backed up by up to €180 million in funding from government to boost regional development”, Senator Garret Ahearn concluded.