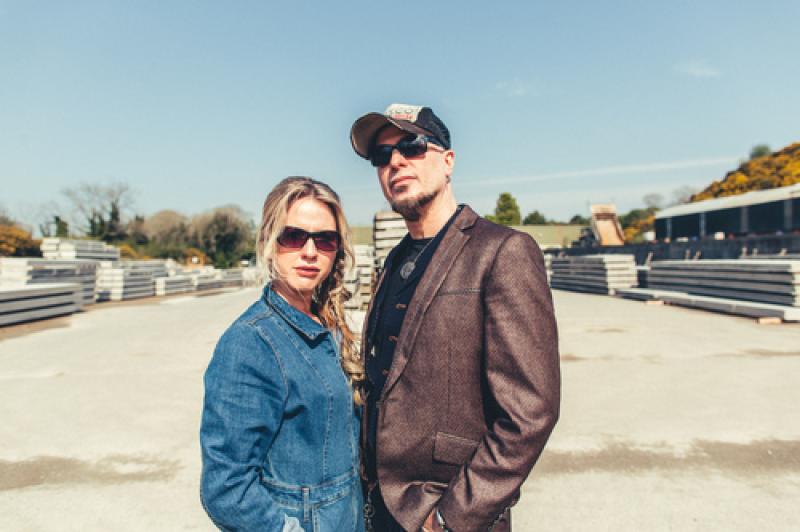 Clonmel World Music is delighted to present one of the best Irish duos on the live music scene who are very much in demand at the moment.
The Remedy Club will play at Raheen House Hotel, Clonmel on Thursdy March 3.
The Remedy Club is widely, and rightfully, considered as one of the best Americana bands in Ireland.
So far this year they have played the famous Celtic Connections in Glasgow, Temple Bar Tradfest and they are opening the Kilkenny Rhythm & Roots Festival in May.
The Remedy Club, an Americana/Roots duo based in Wexford, comprising KJ McEvoy and singer Aileen Mythen, have been described as ‘Ireland’s best kept musical secret’ by Hotpress journalist Jackie Hayden.
She described their music as ‘a marriage of folk and country with a hint of the blues with delicious harmonies and nimble guitar playing’.
Their critically acclaimed albumTrue Hand True Heart has been gaining them a lot of new fans around the globe.
The album was recorded in Room and Board studios, Nashville and produced by 5 time Grammy award winner Ray Kennedy (Steve Earle, Lucinda Williams). It hosts an array of Nashville based stalwarts including Lex Price on bass (Neko Case, KD Lang), Lynn Williams on drums (The Wallflowers, Delbert McClinton) and multi-instrumentalist and Rodney Crowell’s go to musician, Rory Hoffman. The album has been receiving wonderful reviews across the board including being chosen as album of the week on RTE Radio One and Hotpress magazine including the album in their top 10 folk albums of 2020.
Doors for the gig will open at 8pm. There will be no support act, and The Remedy Club will start at 9pm prompt.
Tickets are available on www.clonmelworldmusic.
com, or from Gerry

Bookings now open for Find a Voice festival in Clonmel