OBITUARY: Another member of one of Clonmel's best known families has passed away

Death of Eithne Symes in November saw the third member of one of Clonmel's best known families pass away over the past four years. 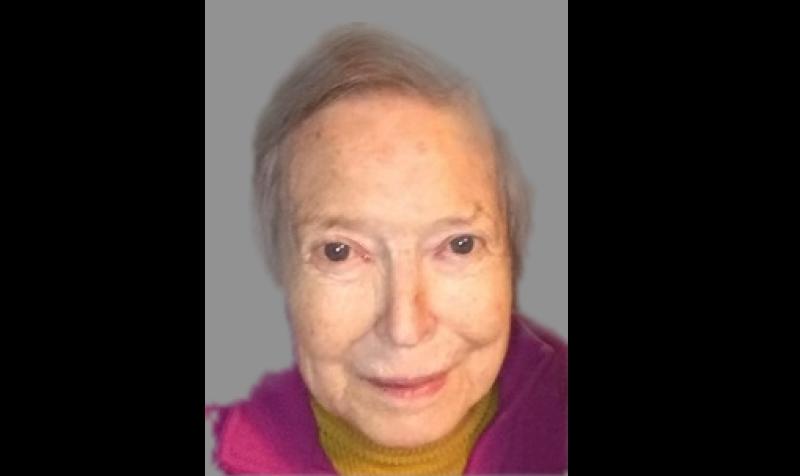 The death of Eithne Symes in November saw the third member of one of Clonmel’s best known families pass away over the past four years.

Eithne, her sister Maire Ryan, who died in February 2018, and cousin Carmel Drohan, who died in March 2020, were members of the Drohan family from Irishtown, renowned coachbuilders and key players in the fight for Irish freedom over 100 years ago.

The family also had significant associations with this newspaper, with Eithne and her husband Edmond both working in The Nationalist, a cousin Micheál was a printer while Eithne’s uncle Frank was a director of the paper.

Frank Drohan is best remembered as the leader of the Irish Volunteers in Clonmel at the time of the 1916 Rising. His men were armed and ready for action on Easter Week but when the Rising was called off, other than in Dublin, he ordered them to disband.

He later became a TD for Waterford/Tipperary East in the election of May 1921, filling the vacancy left by his friend, Pierse McCan, and he served as Mayor of Clonmel for three consecutive terms in the 1920s. The Clonmel inner relief road is named in his honour.

Eithne’s father, Robert, and Carmel’s father, Michael, were also volunteers in 1916 waiting for the call to action and along with their brother Frank, their names are inscribed on the wonderful plaque at The Borstal unveiled in 2016 to honour the memory of all the Clonmel Volunteers.

Eithne died on Monday, November 29, 2021, in her 96th year, in the care of Knockrobin Hill Care Home in Wicklow.

She met her husband Edmond Symes, who also resides in the care home, while both were working in The Nationalist. Eithne was a proof reader while Edmond was a reporter.

They later moved to Dublin where Edmond became a Dáil Éireann reporter and later editor of the Dáil Debates.

Edmond’s father is remembered in Clonmel as the manager of the town’s two cinemas, the Ritz and the Oisin. Eithne is survived by her husband Edmond of 67 years, daughters Marian and Elizabeth, grandchildren Pauline, Laura, Noel, Amy, Joanne, Emma and Keith, and great grandchildren Chloe, Emily, Eli and Brodie.

Eithne is remembered as a wonderful and devoted wife, mother, aunt and sister whose affection for her family was always foremost.

She is the third member of the well-known Drohan family, a virtual institution in Irishtown for generations, to pass away in recent years.

The Drohans were renowned coachbuilders, with Eithne’s father, Robert, carrying on the business established by his father James, while a small grocery shop run by Frank Drohan, following his retirement from public life, was also well-known.

Eithne’s sister, Maire, died in February 2018, on the same day as her husband, former army officer, Gerry Ryan. Gerry’s father, James, was also a Clonmel Volunteer in 1916 and his name is also included on the plaque at The Borstal.

Maire was the first girl from the Presentation Convent in Clonmel to go to university where she graduated with a Degree in Science and went on to enjoy a career in business and academia. Maire and Gerry are survived by their daughter Geraldine, and grandchildren Alan and Sarah.

Una Power, a sister to Eithne and Maire, still lives in Clonmel. Another well-known member of the Drohan family, Carmel, died in March 2020.

Carmel, whose father Michael was a brother to Frank and Robert, was known far and wide as a hugely popular member of staff in Hickey’s Bakery in Irishtown.

She was also very involved in parish and community affairs and helped in the day care centre next to St Mary’s NS. Her father Michael Drohan is remembered as a founder member of the Catholic Boy Scouts of Ireland in Clonmel.

Eithne and Maire, and their cousin Carmel, leave behind a wonderful legacy as members of a renowned Clonmel family.