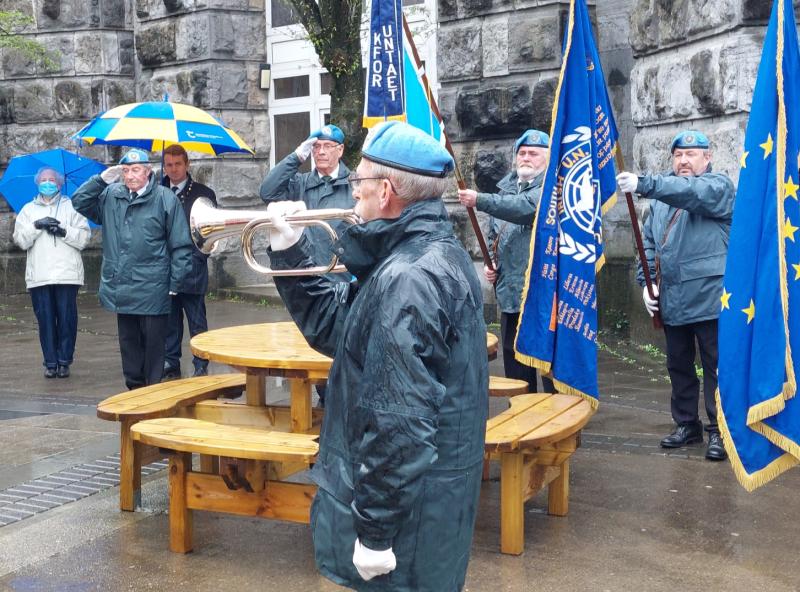 The Last Post is sounded on Easter Sunday morning at the ceremony to remember Clonmel's Volunteers of 1916. In the background are Una Power (niece of Frank Drohan) and Cllr Michael Murphy, Mayor.

This morning at 11.30, on an inclement Easter Sunday in Clonmel, a gathering of approximately 50 attended the annual flag-raising ceremony at the site of the 1916 Memorial at Borstal Gate, Emmet Street, to remember the town’s Volunteers from that troubled period in our history.

Amongst the attendance were Una Power (a niece of Frank Drohan, leader of the Clonmel Volunteers), Cllr Michael Murphy, Mayor of Clonmel, and Cllr Niall Dennehy.

Chairman of the Coiste Spiorad 1916, Con Hogan, in a brief address to the attendees who had formed a large circle around the memorial plaque, reminded those present of the brave men of 1916 who had fought for Irish freedom. Even if their efforts then were not immediately successful, he said, their bravery lit the flame that would eventually lead to our freedom and to the establishment of our democracy today.

Mr Hogan told the gathering of how fragile democracy can be by just looking at what is happening in Ukraine today. To protect democracy, we must start by remembering what the men of 1916 had sacrificed to help its establishment. That must never be forgotten. 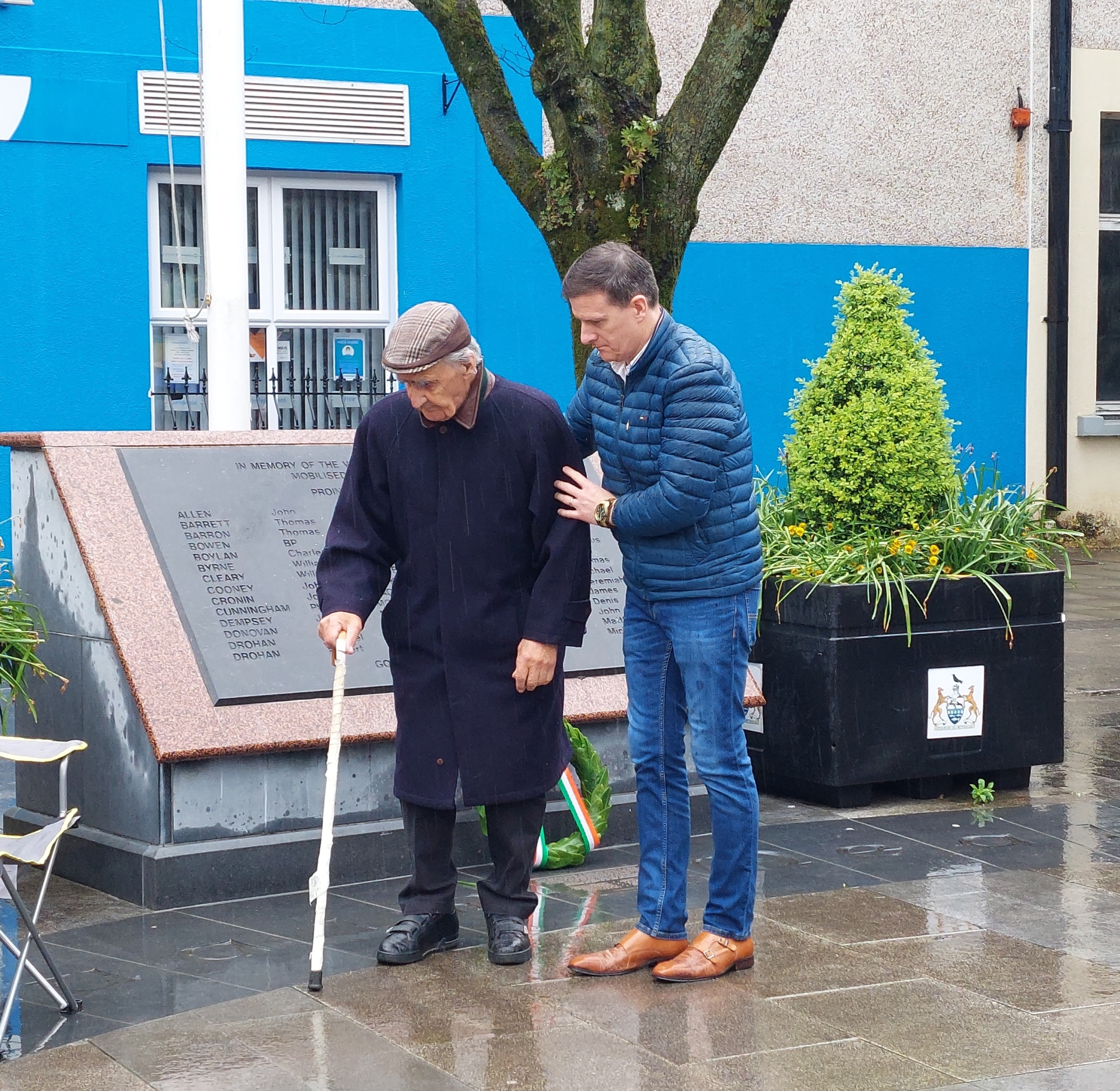 Tom Stafford, president of the Coiste Spiorad 1916, who laid the wreath this morning (Easter Sunday) at the Memorial Plaque at the Borstal Gate, Emmet Street, remembering the 43 Clonmel Volunteers from 1916.

Paul Keating, secretary of the committee, then delivered the Proclamation of 1916, before Tom Stafford, president of the Coiste, poignantly laid a wreath at the foot of the plaque in honour of the 43 Clonmel Volunteers who had prepared and stood ready for the Easter Rising 106 years ago.

A marching group from the former United Nations volunteers arrived to deliver the Last Post as Paul O’Neill, a grandson of Sean O’Neill, one of the Clonmel Volunteers, hoisted the tricolour.

The 10-minute ceremony, held in a continual drizzle, ended with the singing of Amhrán na bhFiann by the gathering before the attendance dispersed.