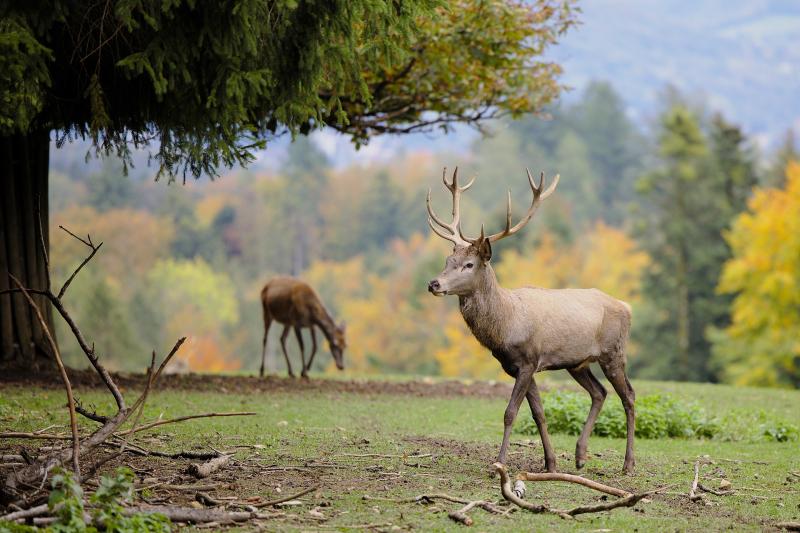 A councillor has highlighted an issue in the Dundrum area where deer have caused as many as four accidents in the last few weeks amidst calls for signage to be erected on the roads.

Cllr Roger Kennedy raised the issue at this month’s meeting of the Tipperary/Cahir/Cashel Municipal District meeting on Monday.

Cllr Kennedy tabled a motion, which was seconded by Cllr Declan Burgess, that Tipperary County Council erect signage on all approaches to Dundrum village to warn of the danger of deer crossing the roads.

Speaking at the meeting, Cllr Kennedy said: “There have been four accidents with deer in the last few weeks. “One car was a total write-off. Another car was seriously damaged and two others had minor damage.

“There are a lot of deer crossing currently. It’s normally an autumn issue when deer are on the move. There is no signage up, I understand, to alert motorists. The road from Tipperary Town into Thurles is used by a lot of commuters as well.”

Cllr Kennedy said the local authority should be doing all it can to help motorists.

Cllr Máirín McGrath said she supported the motion and added that there are a couple of blackspots in the Cahir area and on the old Cork road as well and said signage was needed in those areas as well.

“It’s not fair on motorists and the deer don’t know any better. Insurance companies are also unlikely to pay out in those incidents as well because of the nature of them,” she told the meeting.

Cllr John Crosse said he had witnessed a couple of such incidents and it was “actually frightening”.

The local authority has pledged to look into the matter for councillors.