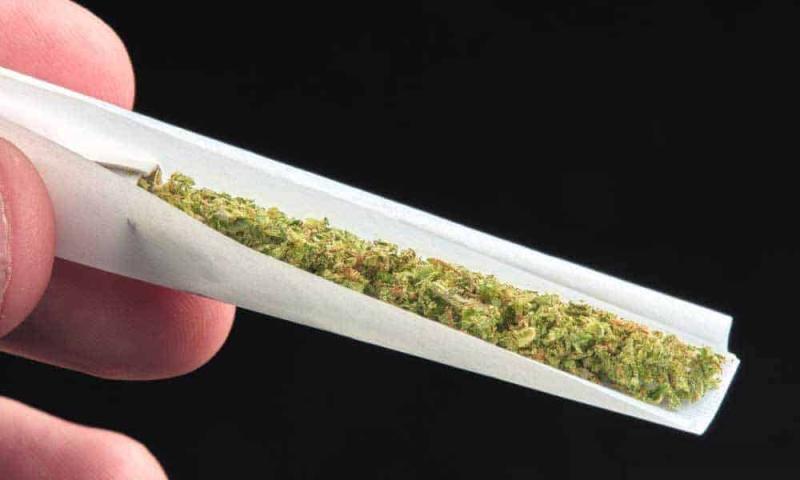 A Thurles man who was found with cannabis in his possession after he filmed a garda on his mobile phone, was fined at Thurles District Court.

Garda James Kelleher was operating a breathalyser checkpoint near Junction 5 of the M8 in the area of Borris, Two-Mile-Borris, Thurles, on June 9, 2020.

Raymond Upenieks, of 39 Cabra Court, Thurles, was a front seat passenger of a car, heard Judge Elizabeth MacGrath. Garda Kelleher observed that Mr Upenieks was videoing him with a mobile phone.

Mr Upenieks later showed the footage to the garda, and deleted it. During the course of the encounter, Garda Kelleher detected a smell of cannabis from Mr Upenieks, and cautioned him.

“I informed him I believed he was in possession of illegal drugs,” the garda told Judge MacGrath. “He then produced a small hand rolled cigarette containing suspected cannabis herb.”

Mr Upenieks signed a garda notebook. He admitted that he intended to smoke it “for his own personal use,” said Garda Kelleher.

The drug was placed in an evidence bag and secured in a garda station.

Solicitor David Doyle asked if there were any other indications from Mr Upenieks, such as were his eyes glassy, was his speech slurred? “No, just the smell of cannabis,” said Garda Kelleher.

Garda Mark Cullinane said there is restricted access to the area in Thurles Garda Station where drugs evidence is kept.

Mr Upenieks’ bag contained a brown-like material, tobacco, and a green plant-like material, which Garda Cullinane recognised from his experience to be cannabis.

The test showed a positive result for cannabis herb. “I have conducted hundreds of these tests,” Garda Cullinane told the Judge.

While the test only needs a small fragment to complete, generally five to 10 pieces are used.
The test involves three glass vials, into which the samples are placed, before shaking. A chemical turns a sample purple if cannabis is present.

“It takes four to five minutes to complete. This was fully consistent with every other positive test,” said Garda Cullinane.

Mr Doyle said there had to be some level of doubt as the sample “should have gone to a Forensic Science” lab, and it was a “presumptive” drug test rather than a “full test.”

Judge MacGrath said she was satisfied all the preconditions had been met to establish the value and volume of cannabis involved. Mr Upenieks had made an admission beforehand, and the equipment had been proven.

Mr Upenieks was convicted of unlawful possession of drugs. He has 38 previous convictions, four relating to drugs.

Mr Doyle said there appears to be an issue with drugs historically. Mr Upenieks is working as a tile contractor, earning about €400 per week.

Judge MacGrath noted that the value of the cannabis was “minimal.” “The reality is that Mr Upenieks brought this upon himself,” said the Judge. Mr Upenieks was fined €200.

Recognisances were fixed at €250 in the event of an appeal.