Clonmel's Mayor 'blown away' by people's generosity towards humanitarian appeal 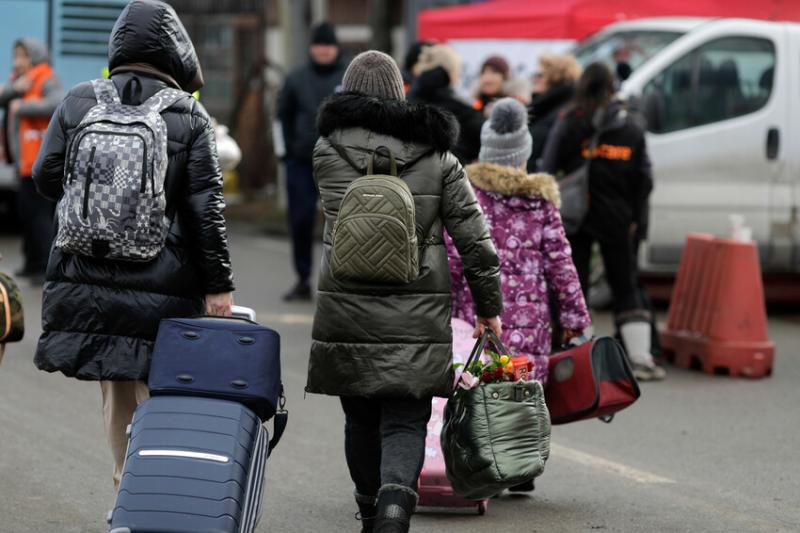 People on waiting lists for council housing or on the emergency waiting list aren’t being forgotten about, despite the influx of Ukrainian refugees.
That was the pledge given by Sinead Carr, Tipperary County Council’s Director of Housing, at a meeting of Clonmel Borough District.
She said the social housing list wouldn’t be affected by the arrival of refugees from war-torn Ukraine, many of whom were traumatised and distressed and had arrived without suitcases or clothes.
Ms Carr said these people were highly educated and had worked in very good jobs, and were very grateful for the support they received in Ireland.
Emergency rest centres had been established at the Dr Pat O’Callaghan Centre in Clonmel and the Moycarkey Borris sports centre in Littleton, which would be used for three months before people found more permanent accommodation.
Most of the refugees in these centres would be transferred to semi- permanent accommodation in Limerick, Clare and Cork and other areas around the country.
Ms Carr said that some minor works were needed on the heating and the showers in the Dr Pat O’Callaghan Centre in Clonmel, which also needed a general clean-up. A lot of that work had taken place the previous weekend and she hoped it would be set up within a week.
The council had identified a facility manager for the centre and was currently engaging with another group in Clonmel.
“Nobody is saying that it’s ideal accommodation but we’re in a wartime situation,” she stated.
She said they were also in touch with the Department of Housing regarding more suitable emergency accommodation for refugees, as well as permanent accommodation for those who would remain longer than six months.
Sinead Carr acknowledged the role played by the committee of the Dr Pat O’Callaghan Centre, saying they had been exceptional.
She acknowledged that groups using the centre had been discommoded but the council had worked with those groups to locate alternative premises.
The Housing Director also paid tribute to the county council’s housing staff, as well as the Civil Defence.
Cllr Richie Molloy welcomed Ms Carr’s comments about people on housing waiting lists. He was aware of a situation in Clonmel where a mother with two young children was in emergency accommodation for the last few months.
While they had sympathy for the plight of the refugees, these people were scared as to how the situation would affect them and were wondering when they would be housed.
Cllr John Fitzgerald said that many people, out of the goodness of their hearts, wanted to get involved and help the refugees.
District Mayor Michael Murphy said he was “just blown away” by people’s generosity towards the Mayor’s Ukrainian Relief Fund, which he set up recently. He had seen at first hand the incredible sense of generosity demonstrated by the people of Clonmel through their donations and humanitarian assistance, and their unwavering support for those whose lives had been turned upside down by the war.
He said that an art auction held in the Town Hall had raised €10,000, and was helped in no small way by the auctioneering skills of Cllr John Fitzgerald.
A concert held under the arches of the Main Guard by the Belle Voci Choir and UpRoar Rock Chorus had raised €1,500, while he had also been in touch with the Lions Club about another fundraising event.
And then you had the ordinary citizens walking into County Hall with their donations of €5, €20 and €50, he said.
Cllr Murphy thanked the committee of Clonmel Town FC for making the Dr Pat O’Callaghan Centre available and also praised the team at the county council, and especially the housing section, for their extraordinary work.