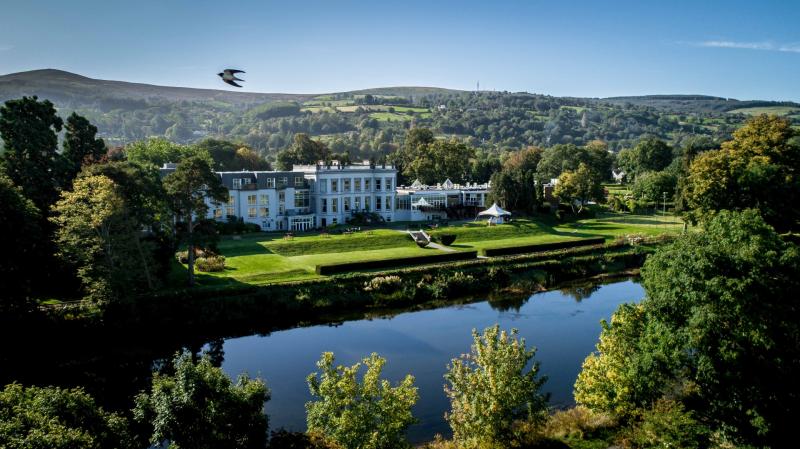 Clonmel is to receive a welcome economic and tourism boost next week when the Lions Clubs of Ireland hosts their national convention in the town that will be attended by 160 delegates.

The convention for almost 100 Lions Clubs throughout the island of Ireland is taking place in Clonmel’s Hotel Minella on Saturday, May 14.

The hotel is booked out for the occasion with many rooms in nearby Raheen House, the Clonmel Talbot Hotel and local B&Bs also accommodating visiting delegates.

Lions Clubs of Ireland District Governor, Ann Ellis, who is from Carrick-on-Suir, said some of the 160 delegates will be accompanied by their partners - which will add to the event’s economic impact.Along with the economic injection to Clonmel’s tourist accommodation, the convention will bring a boost to visitor attractions in both the Clonmel and Carrick-on-Suir areas.

Ms Ellis said visits to Clonmel Golf Club, Ormond Castle in Carrick-on-Suir, Dove Hill Irish Design Centre near Carrick-on-Suir, a walking tour around Clonmel and walks on the Suir Blueway are among the activities being organised for visiting delegates and their guests.

Ms Ellis said the National Convention was originally planned as a two-day event in Galway in early March but it was cancelled due to the Omicron wave of Covid-19 infections in the country at that time. Galway’s loss became Clonmel’s gain.

“Carrick-on-Suir and Clonmel Lions Clubs decided to get together and put on the convention in Clonmel,” Ms Ellis explained.

“Maria Madden of Carrick-on-Suir Lions Club agreed to be the convention’s Chairperson.

“The convention is normally over two-days but because the event is being put on at such short notice it’s just one full day on Saturday, May 14.

“But many delegates are arriving in Clonmel on the Friday and will stay all weekend.”

Nine of the delegates will be from the UK with some of them facilitating group workshops at the event.

The guest of honour will be Per Christenson from Denmark, a past president of Lions Clubs International.
Ms Ellis, who is a former president of Carrick-on-Suir Lions Club, has welcomed the physical return of the Lions Club of Ireland’s National Convention.

She said after two years of restrictions due to the pandemic they felt it was important to organise a physical convention to enable Lions Club members to meet and connect with each other again.

With this in mind, the convention’s theme is aptly titled: “Stay Connected and Have Fun”.

Hosting the convention locally will be the high point of Ann Ellis’ one-year term as District Governor of the Lions Clubs of Ireland, a position she has held since last July. She paid tribute to those in Clonmel and Carrick-on-Suir who have provided sponsorship for the convention and members of the Lions Clubs of both towns for their great work in organising the event.

Meanwhile, Ms Ellis announced that Lions Clubs in county Tipperary and throughout the country will be organising a fundraising day to assist Ukrainian refugees staying in their communities on June 11.

She met with Ukraine’s Ambassador to Ireland, Her Excellency Laryso Gerasko, during her visit to meet Ukrainian immigrants and refugees living in Cahir last month.

Ms Ellis informed the Ukrainian Ambassador that the Lions Clubs International Foundation’s Displaced Persons and Refugees Fund has donated more than €150,000 from Ireland to the Ukraine humanitarian relief effort.

She assured the Ambassador and Ukrainian nationals gathered at the event in Cahir Community Hall that refugees from their country would be well looked after by local Lions Clubs in whatever communities they arrived to in Ireland.