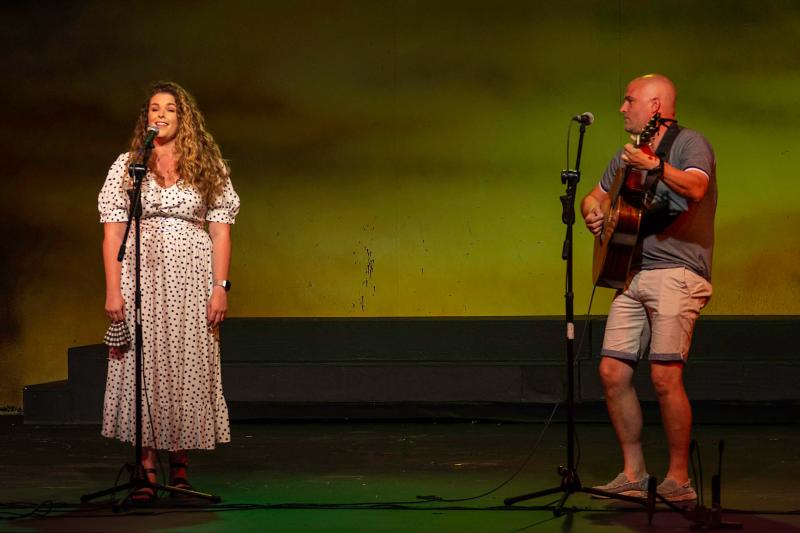 A full programme of concerts and drama returns to Carrick-on-Suir’s theatres during Clancy Brothers Music & Arts Festival from June 1–6.
The festival’s opening concert takes place in Brewery Lane Theatre on Wednesday, June 1, featuring songs and stories with the best of local talent, including Alan Hearne, Maria O’Shea- Enright and Reel It In, the Murphy Sisters, Phila Grace, Maeve Quinton, Anthony Dignam, Kevin Power and Walter Dunphy. Tickets for the show cost €15.
It will be followed by the Clancy Family Concert on Thursday, June 2, which includes the talented singers and musicians of the current generation of the famous Clancy family.
Among the performers will be Finbarr Clancy, Dónal Clancy, Roisín Clancy & Ryland Teifi, Colm Power, Áine Power, Lorna Hennessey, and Kevin Power. Tickets cost €18.
The Strand Theatre, meanwhile, will host the Musical Society Goes Folk Volume 4 show on Friday, June 3. This will be an evening of music and song from the worlds of musical theatre and classic folk including a variety of Clancy Brothers numbers.
Many members of Carrick-on-Suir Musical Society will perform in this special concert. Tickets cost €12.50.
Over at Brewery Lane on the same night, there will be a special variety concert featuring talented local acts including the Suir Ukelele Strummers, the Tipperary Ramblers, Clodagh Kelly, Marie Walsh & Jane McLoughlin, Gay Brazel, Kristof Robert, and Pauline Bradley from Scotland. Tickets for this show cost €15.
Following a string of sell-out performances, The Wood of O duo return to Brewery Lane Theatre on Saturday, June 4.
Breege Phelan and Will McLellan will play a spellbinding concert of folk, contemporary and original music, with guests Sandra Power, Liam O’Reilly and Cha Taylor.
The show will include music from their new EP, MountainSkyMoon. Tickets for the show cost €15.
Blue and Beyond: The Songs of Joni Mitchell at the Nano Nagle Community Resource Centre on Sunday, June 5 will be the Clancy Brothers Festival’s final concert.
It stars Roberta Carey and Mark Anthony who will interpret the songs of Joni Mitchell in the centre’s beautiful, atmospheric Nano Nagle Chapel, with support from young local artists. Tickets cost €10.
Lunchtime Theatre
Brewery Lane Theatre, meanwhile, will stage a lunchtime drama during the festival called The Snug written by Jack Ryan.
It will be staged at the theatre on Friday, June 3, Saturday, June 4 and Sunday, June 5.
The Snug is being directed by Peg Power and the cast includes Maria Clancy, Mary O’Hanlon, Paula O’Dwyer, Esther Byrne, Sheena Raggett, Colm Power, Walter Dunphy and Luke Raggett. The €12.50 tickets include a light lunch.

How to book tickets for Clancy Festival shows

Tickets for the Musical Society Goes Folk Volume 4 concert are on sale from Friday, May 27 online at www.ticketsource.eu/
strandtheatre.
Brewery Lane Theatre concert tickets will be on sale from Tuesday, May 17. Tel. (086) 127 4736, Tues – Fri, 10am-1pm.
Tickets for Blue and Beyond: the Songs of Joni Mitchell at the Nano Nagle Chapel will be on sale from the Festival Information Office, Tudor Artisan Hub from Tuesday, May 17, (Tel: 051 640921).
Further information can be found on the Clancy Brothers Music & Arts Festival website: www.clancybrothers
festival.com, or from the Clancy Festival Information Office, Tudor Artisan Hub, 42 Main Street, Carrick-on-Suir, (Tel: 051 640921).