Roscrea woman is at the heart of Concern's Ukraine humanitarian response

Logistics Advisor Deirdre Delaney is from the Corville Road in Roscrea 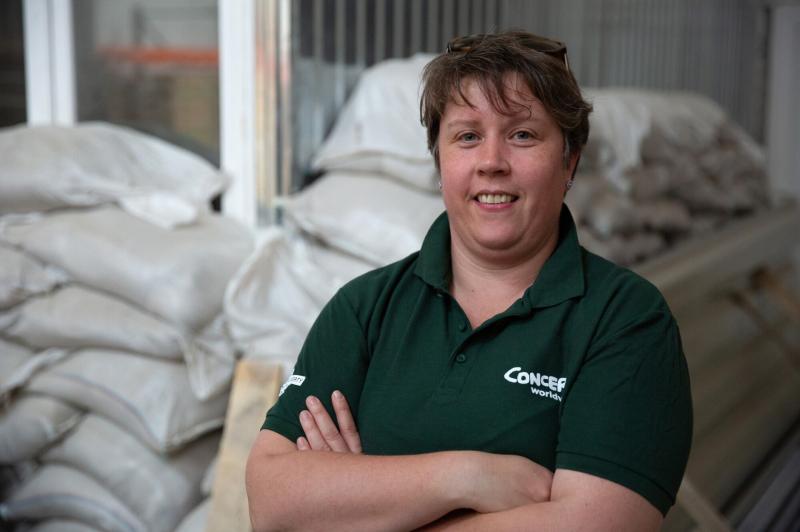 It's a complex and difficult job, but Deirdre Delaney takes it in her stride, having spent the past 17 years honing her skills in some of the most difficult locations on the planet

Deirdre Delaney’s day starts early, with a full inbox, multiple text messages, and the first in a stream of phone calls that will continue throughout the day, as she works to coordinate the activities of Concern Worldwide’s emergency response team in Ukraine.

From Corville Road in Roscrea, Deirdre is a Logistics Advisor — a job description that covers a multitude of responsibilities. “We’ve been organising the procurement of food and other relief items from various suppliers from the Netherlands to Romania and arranging for transport into Ukraine,” she told us from her base in Khmelnytskyi, in the west of the country.

This week there are nine different Concern shipments making their way across the roads of Europe — which means a mountain of documentation, protracted border procedures, curfews, and all the additional uncertainties and obstacles that come with operating in a country in conflict.

Warehouse space has to be secured in different locations and the loads must then be further broken down for distribution to the various humanitarian hubs being supported by Concern across two districts of Western Ukraine.

It's a complex and difficult job, but Deirdre Delaney takes it in her stride, having spent the past 17 years honing her skills in some of the most difficult locations on the planet.

“I started working for Concern in 2005 and over the years I’ve spent extended periods in Haiti, Chad, the Democratic Republic of Congo and Burundi,” she says. Deirdre joined Concern’s emergency unit in 2019 and now travels on short-term assignments, mostly to francophone countries because of her fluency in French.

Currently there are over six million people displaced within Ukraine as a result of the conflict, many of them totally reliant on the generosity of others. Concern is working to support thousands of these families with essential items such as food, bedding, hygiene kits, and baby products. In the longer term there will also be cash support for the most vulnerable.

“The Irish people have always been incredibly generous when it comes to supporting people in need and the public response to our Ukraine appeal has been amazing,” Deirdre says. “Our job here is to ensure that we channel that support effectively and efficiently to those who need it.”

Many of those who have been forced to flee are suffering from deep trauma and plans are afoot to provide psycho-social support. Deirdre explains: “Most of the displaced are women and children and it’s been really tough on them. I can’t imagine what it’s like to lose everything and be forced to relocate to a strange place, not knowing what the future holds.”

Back home, the Delaney family, led by Deirdre’s parents Lilian and Sean, are doing their bit too. Lilian, President of the Roscrea Lions Club, is currently planning an event on June 11, as part of Lions Ukraine Day. On this day, Lions across Europe will demonstrate their solidarity with the people of Ukraine and show how Lions are responding to the needs of the people forced to flee their homes in this crisis.

Roscrea Lions Club is holding a coffee morning in the Community Hall in Rosemary Square to raise funds and awareness of the work being done by Concern Worldwide in the Ukraine.

As for the challenges of working in a conflict zone, Deirdre downplays the danger: “There are regular air raid sirens and occasional missile strikes in the region, but we have all the necessary procedures in place and the risks are minimised. Concern is very protective of its staff, wherever they are stationed.”