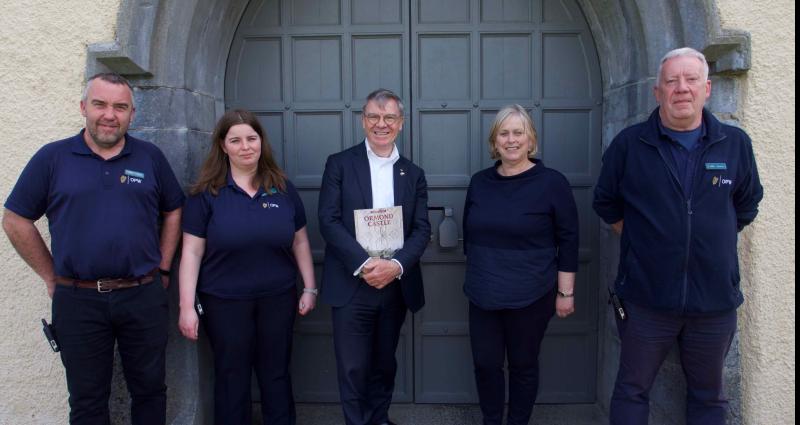 Major conservation work on Ormond Castle’s five centuries old south eastern tower is to get underway this autumn and is expected to take up to a year to complete.

The Office of Public Works said the conservation work on the tower, which is one of Ormond Castle’s oldest features, will tackle an ongoing issue over decades of water ingress to the interior of the castle.

The OPW stressed that the project will not affect visitor access to the heritage site.

“Poor maintenance over the centuries, as well as the problem of cementitious mortar used in the conservation works carried out in the 1950s, prohibits the stone walls from drying out to the exterior,” explained an OPW spokesperson.

“This problem was addressed in the Manor House section of the Castle complex during the conservation works completed in 2017.”

The OPW spokesperson said resources are now available for the OPW to address the same issue in the south eastern tower, which was not subject to the conservation works undertaken during the last phase of works at the site. The south eastern tower is considered to be the oldest of Ormond Castle’s two central towers and is tentatively dated to circa 1450.

“The current works will comprise the removal of cementitious mortar from the joints and repointing with lime mortar. Window heads and windows will also be repaired.

“The majority of the costs will be absorbed by the OPW directly as the works will be undertaken by the OPW Skilled Work Force.”

The OPW spokesperson continued that it was envisaged the conservation works will commence at the start of the third quarter of this year once the scaffolding build is complete and signed off, a necessary requirement under Health and Safety legislation.

She said it is envisaged that the works on the tower will take up to a year, subject to further investigation and assessment of the structure.

“We are not in a position to give a cost until project completion but it will be based on direct labour wages costs, materials, and external contractors where required,” the OPW spokesperson added.

hey checked out the Castle while visiting Carrick-on-Suir to meet with relatives of Australian paralympian athletics star Sarah Walsh at the Walsh family homestead at Coolnamuck.

The Australian visitors were greeted by the castle’s staff and Eleanor Morrisseey, OPW Site Supervisor, who took the group on a tour of the exhibition room and the Manor House.

In the courtyard local musician Kevin Power, a nephew of the famous Clancy Brothers ballad group, treated Ambassador Gary Gray and the visiting party to a delightful rendition of the Wild Colonial Boy.

Before departing from Carrick-on-Suir Ambassador Gray visited the Tudor Artisan Hub where his gift from the Walsh family had been purchased, and met proprietor Linda Fahy. He was impressed with the huge collection of arts and crafts exhibited for sale and praised the wealth of local talent.