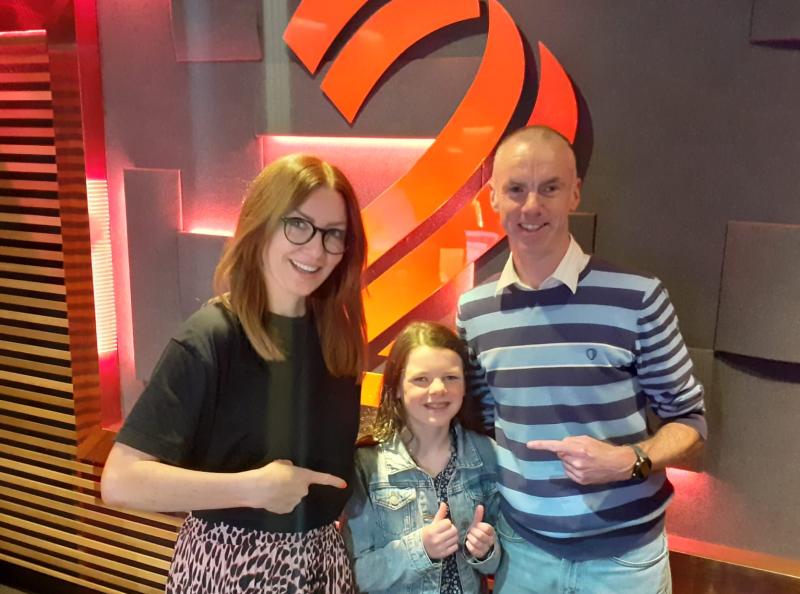 An 11-year-old south Tipperary girl’s brave decision to sit an examination in the Junior Cert has brought into sharp focus what her father has described as “the scandal” surrounding the lack of services available for children with special needs throughout the country.
Cara Darmody from Cnoc na gCaiseal, Ardfinnan, sat the ordinary level maths paper at Ardfinnan National School last Friday to highlight the lack of services, which has affected her younger brothers, 9-year-old Neil and 5-year-old John, who are both non-verbal with autism.
While doing so, Fifth Class pupil Cara has also raised the considerable sum of €26,700, which will be divided between the Ardfinnan school and Scoil Chormaic special school in Cashel, where her brothers are pupils, through a GoFundMe appeal. The amount has surpassed by some distance her initial target of €100.
“She feels that she nailed it (the exam) and is absolutely delighted,” said her proud father Mark Darmody.
“She had two hours to complete the paper but she was finished in just 66 minutes.”
Fresh from her headline-grabbing achievement, Cara has set an even bigger and better target for this time next year when, as a Sixth Class pupil, she plans to take on the ordinary level Maths exam in the Leaving Cert in a very unique exam centre.
“She has been given permission by Senator Garret Ahearn to place a desk outside of Leinster House and sit the exam there,” says Mark.
“The message is that she isn’t going away and that this is a nationwide issue. Such a gesture would attract massive attention.” 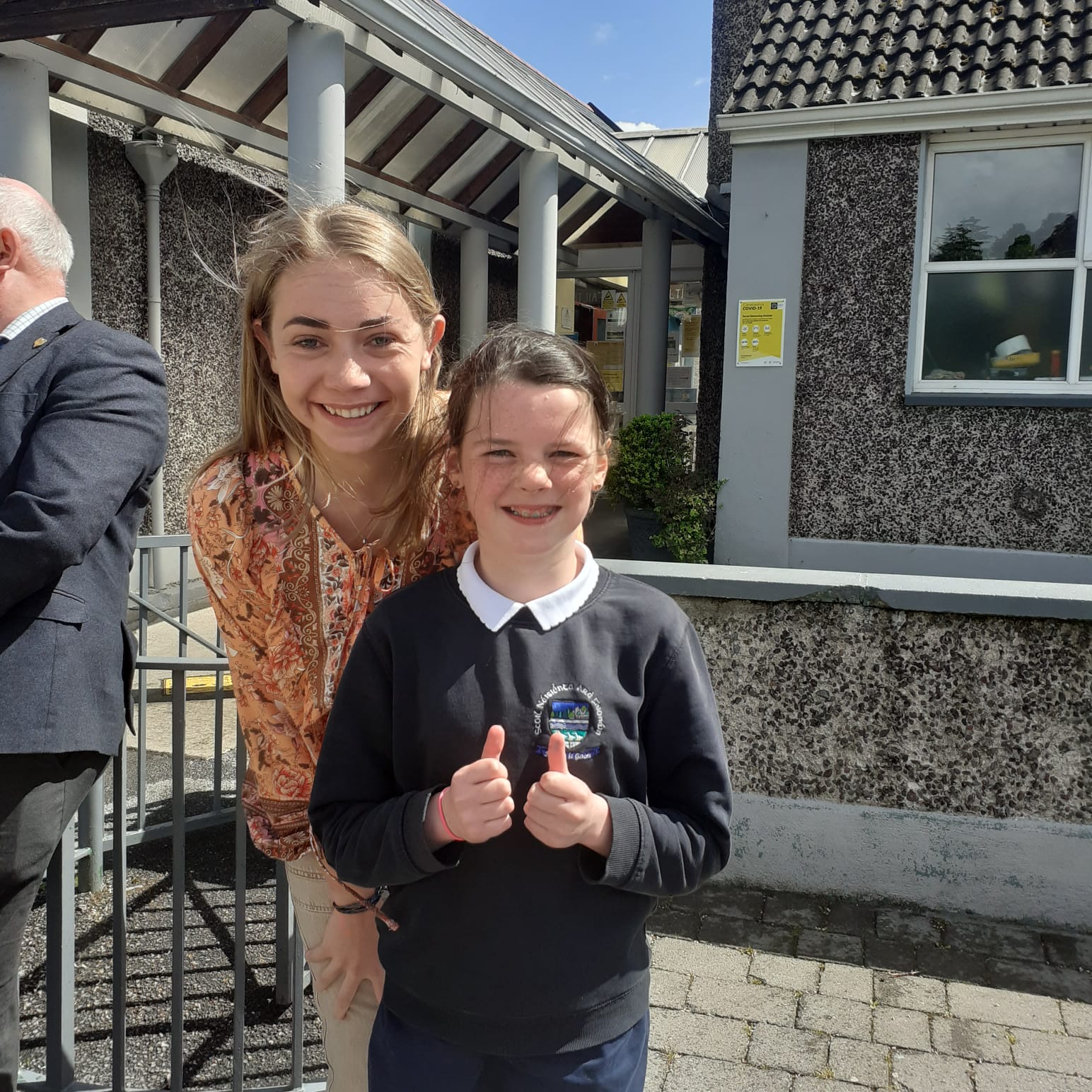 Above: Cara Darmody with Niamh Mackey, her teacher in Ardfinnan national school

Mark, his wife Noelle and the family know only too well about the difficulties and frustration faced by families in their attempts to access services for children with special needs. They are friends with many other families that cannot get HSE services such as speech and language, occupational therapy, play therapy and psychology, and are critical of the inadequate staffing levels in south Tipperary.
“Our son Neil was seen by a paediatrician who told us that although he was a senior doctor he didn’t have the expertise to deal with a severely autistic child, and that he would have to be referred for psychiatric treatment.
“However, there’s no psychiatrist available in the South East to examine him. The only psychiatrist who operated in this region retired and hasn’t been replaced. The paediatrician issued a report but it hasn’t been followed up by the HSE, who have just sat on the report.
“There’s a waiting list of three years in south Tipperary for speech and language therapy for any child with autism. It’s just a scandal,” says Mark Darmody.

He says that the problems extend to the private sector, where there’s an eight months waiting list for occupational therapy.
Mark also said that his wife Noelle had tried some weeks ago to find out Neil’s position on the reassessment list. However, her call hadn’t been returned by the HSE, which he claimed showed “the contempt” in which families were held.
“It’s just shocking,” he stated.
He said that since Noelle had made that call to the HSE, their daughter Cara had met about 20 politicians, including Tánaiste Leo Varadkar, and had sat the Junior Cert.
Mr Darmody said that although he was very critical of politicians, they told him that they were allocating €2 billion to the HSE.
“However, no politician knows what the HSE is doing with that money. Every politician and anyone else knows what’s happening in a garda station, in the county council offices or in the driving test centre. But nobody seems to have a clue what’s happening in the child services disability building.
“Nobody seems to be questioning what the HSE are doing, which doesn’t seem to be very much. Politicians will have to show some courage and stand up to the HSE.
“Somebody needs to start asking questions and come up with answers pretty quickly,” he added.