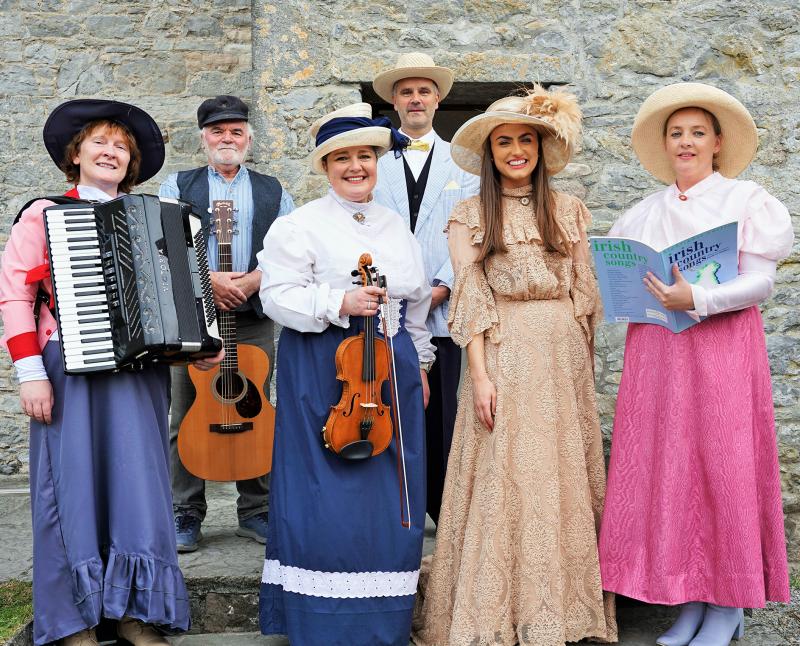 The Cahir Social and Historical Society marked the centenary of the publication of ‘Ulysses’ by James Joyce in great style on Bloomsday last Thursday, June 16.
The Society joined with hundreds of other communities around the world as they marked the significant date.
The magnificent Great Hall of Cahir Castle was the perfect venue for the event which was generously supported by Creative Ireland. It was a full house with many Joyce fans arriving in the dress of the era.
There was a great atmosphere in the historic surrounds of the Great Hall with an evening of entertainment that had it all.

With a talk about James Joyce along with ballads and extracts from the novel that were vocalised by local actors and the sound of music of members of Rockwell Music Academy naturally amplified by the hall itself, a memorable evening was had and immensely enjoyed by all.

One Tipperary hurling club had one great week of it

The audience was welcomed by PJ O’Meara of Cahir Social & Historical Club and Dr. Josh Newman of Trinity College in Dublin gave a mesmerising talk on the significance of ‘Ulysses’ and the genius of James Joyce.
This was followed by memorable readings of extracts from the great novel itself by well known local actors, Paul Kelly, Paddy Caplice and Catherine McVicker.
Finally, Rockwell Music Academy, under the leadership of Suzanne and Jayne gave us beautiful renditions of some ballads referenced in ‘Ulysses’ such as ‘Love’s Old Sweet Song’, ‘Sweet Rosie O’Grady’ and ‘Down by the Sally Gardens’.
Most of those present re-assembled at the Galtee Inn afterwards for a very sociable end to Cahir’s first ever ‘Bloomsday’ event to take place in the wonderful surrounds of Cahir Castle. Well done to all involved.