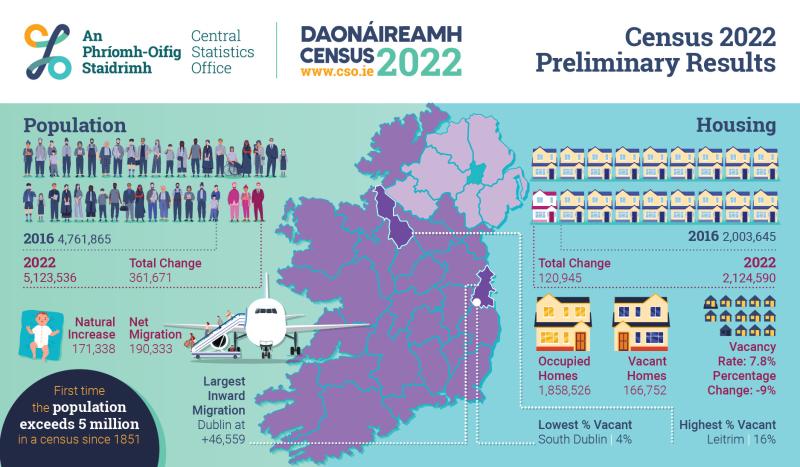 According to preliminary Census 2022 results released today, Tipperary had one of the lowest population growths since 2016.

The population in the Premier County has risen by 5.1%.

Today’s announcement by the CSO suggests the population is now at 167,661, a difference of 8,108 people.

The CSO has also released figures for changes to the housing stock.

Tipperary has had what the CSO has called a ‘modest’ increase of 1,927 units since the 2016 census.

The housing stock increased by 6%, and th vacancy rate nationally dropped by 9%

He said the full details would be available from April 2023 and thanked all those involved for their work thus far.

“The CSO would like to thank both the staff involved in the census for their hard work and the public for their overwhelmingly positive response to and engagement with our national census.

“The results provide valuable initial insights into how our population and housing situation is changing and developing since Census 2016.

“We are busy working on the completed census forms and look forward to begin sharing the full set of detailed results from April next year.”