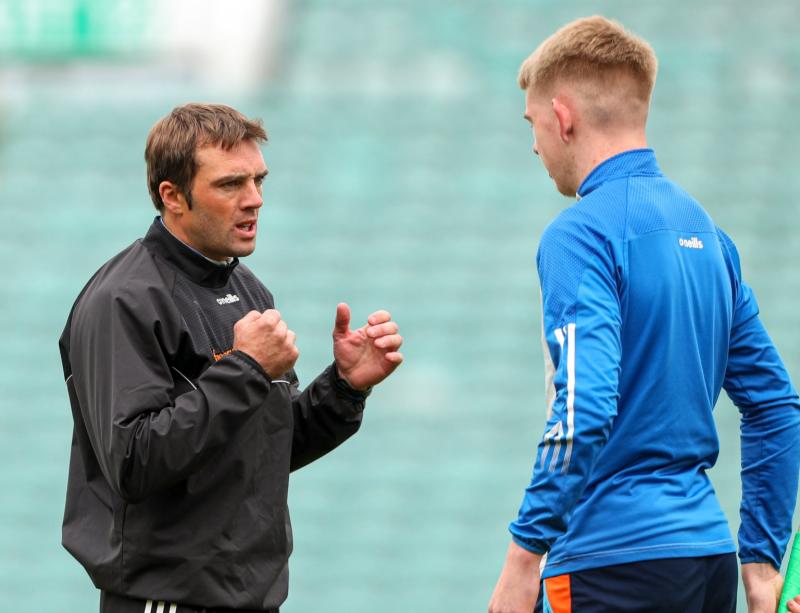 Tipperary boss James Woodlock is a man full of confidence in his players as Tipperary head into contesting the county’s 33rd All-Ireland minor hurling decider.

“We’re fixed well for the game yeah,” Woodlock admitted. We’re really looking forward to it. It’s been a quick turnaround from the semi-final to this weekend, but all the lads can’t wait to get out on the pitch."

The quick turnaround will be no shock to the system from both sets of players, as only for the longer wait after winning their respective provincial finals, the matches have been all run off in close proximity and Woodlock and his management team will know what to expect after the semi-final win.

PICTURES: Round up of last weekend's U14 County finals

“It’s been rolling on, game after game, and that’s the way it has been all year. We’ve looked no further than the next match all year and its the same thing for Sunday and that’s it. Every game has been important to win, whether in the group or in a knockout game.

"There’s huge competitiveness and competition within the 35-man squad we have at the minute and that makes it an awful lot easier to turn up for training when you’ve lads training really well to be involved in the team."

Massive battles have been a real feature of this campaign for Tipperary, with real drama and excitement characterising the battles against Clare and Galway in particular, and that experience of coming through big matches when put up against the wall is something that will stand to the players according to Woodlock.

“The team has really been tested in every single way possible since we played in that first round Munster match against Waterford down in Fraher Field, where we had to go and win in our first match away from home. That was a difficult match to face into because Waterford had beaten us well the year before and we went six or seven points down and managed to come back and win.

“The Munster final was the same with extra time and the penalty shootout, and again against Galway the last day out; we showed huge character and huge ability to come back to win that in injury time. So there’s huge confidence in the group going into Sunday,” he added.

Offaly are coming into this game with huge support and confidence after claiming a first Leinster title since 2000, and like Tipperary, are undefeated in this year’s championship, and Woodlock is under no illusions about how tough it will be to get the better of the Faithful boys come Sunday afternoon.

“We’re expecting a huge, intensive battle from them. They’re coming into the match with massive momentum a bit like ourselves.

“I really feel like it’s going to be a real nip and tuck battle over the course of the game but I’m very confident that if we perform to our ability, we won’t be far off on the day," he finished.