Bereaved Clonmel couple inspire a community to help others 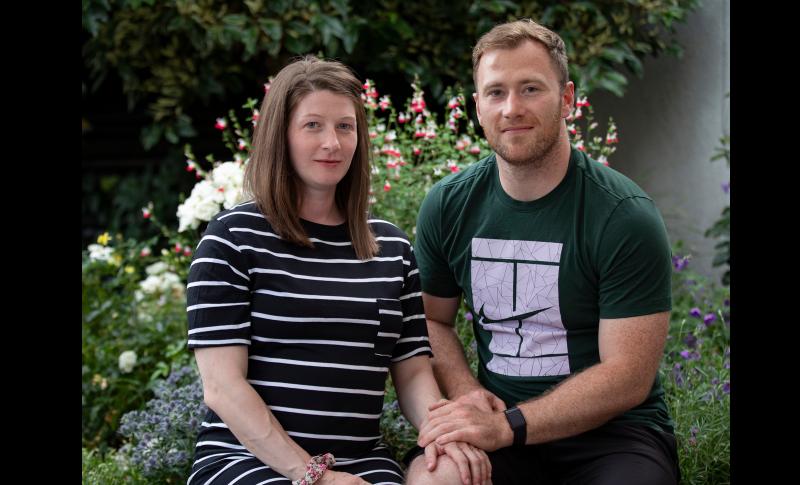 A young Clonmel couple who endured the most unbearable of grief when they lost their first child at birth are supporting parents going through the same ordeal.
The people of Clonmel, inspired by the story of Luke Kelly and Sinead O’Donnell and their beloved baby son Freddie, have shown enormous support for a campaign to assist the bereavement and loss maternity services at Tipperary University Hospital.
On the first anniversary of the day Freddie was born asleep at the hospital on July 2, 2021, the couple held a fundraiser for the bereavement services.
GOODWILL
The outpouring of support, goodwill and generosity has overwhelmed the couple and their extended families.
Over €13,000 was raised between the workout/coffee morning at their Elevate gym in Clonmel, and a Go Fund Me page they set up.
That incredible generosity will enable the people responsible for operating the service at the hospital to spend the funds on improving the services and supporting parents at such an horrendously challenging moment in their lives.
On an emotional day on the first anniversary Sinead and Luke were surrounded by family, friends and members of the public who offered their support.
FREDDIE
“It was a very special way to remember Freddie on the day. To be surrounded by so many people who cared so much and wanted to help was a great comfort to us,” said Sinead.

She said that they wanted to raise funds to purchase another cold cot for the hospital which would allow bereaved parents bring their baby home and spend more precious moments with their baby for an extended period.
“That extra time with your baby is so important, we will remember it for the rest of our lives.
“It helped us and it was also very important that our own families were able to spend more time with Freddie. We wanted to get a cold cot for the hospital and whatever else is needed to help other couples,” said Sinead.
“Without that cold cot we would have been lost. It would have made an horrendous situation even worse,” said Sinead.
GENEROSITY
Luke said that the purchase of a cot was their initial idea and because of the generosity of so many the people operating the bereavement and loss service at the hospital will be able to do more.
That could include the purchase of a reclining chair for people who might have to stay overnight in the hospital and the couple are also hoping that the funds in some way can be used to highlight Baby Loss Awareness Week at the hospital every year.
“The workout and coffee morning was a very special day because a lot of women who would have lost babies in the years gone by felt comfortable talking about it to us on the day and we felt comfortable talking to them about our experience. It was lovely to be able to talk and be so open about what happened. People welcomed the opportunity to talk and so did we,” said Sinead.
Luke said they just could not believe the numbers that continued to show up at the gym throughout the morning.
HUGE CROWD
“It was amazing to see it. About 250 people between doing the workout and people dropping in for a coffee arrived. It was a very special day for us all,” said Luke. 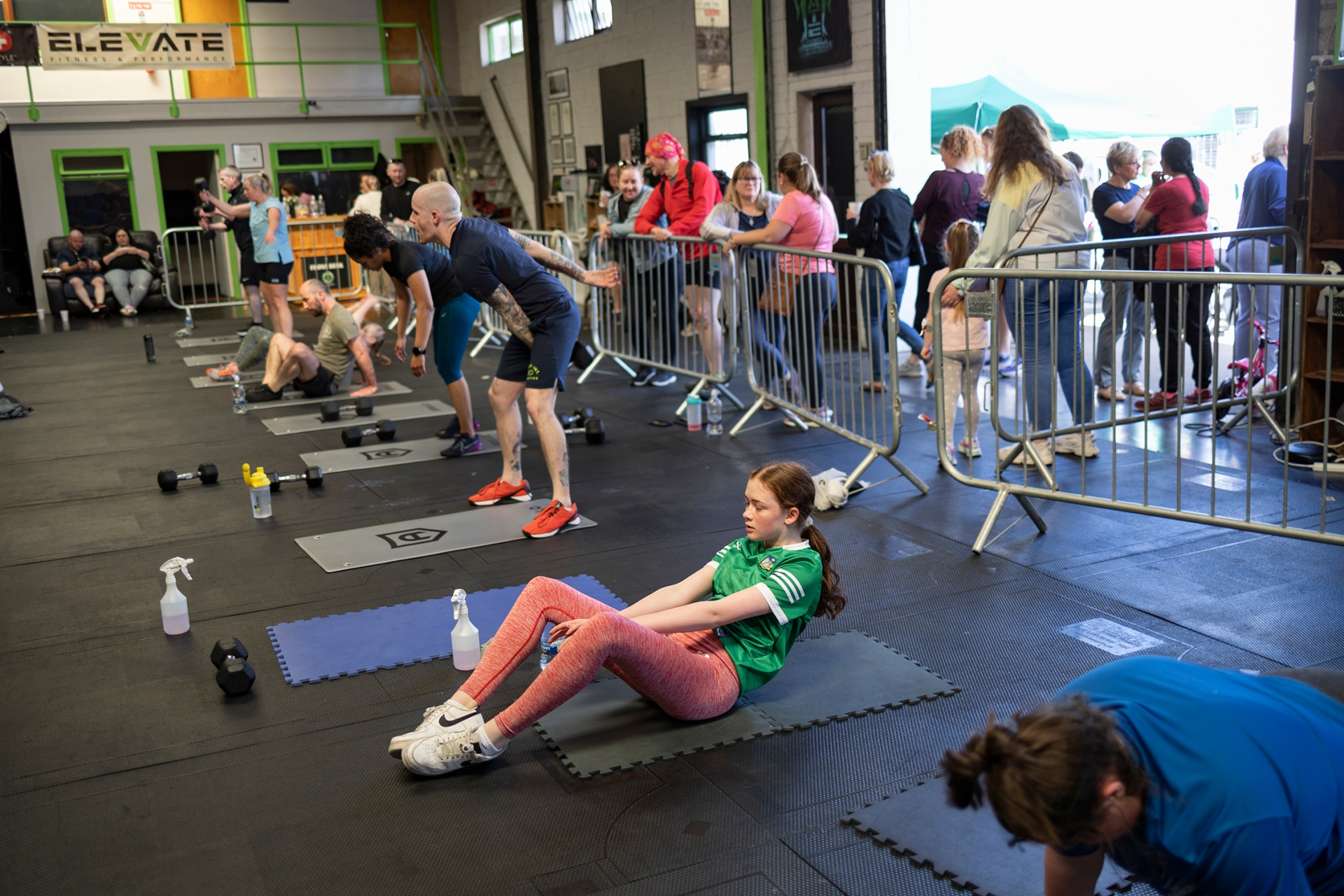 “What happened us seemed to touch a lot of people and a good number of the people that came on the day also told us about their experience of loss,” said Luke. 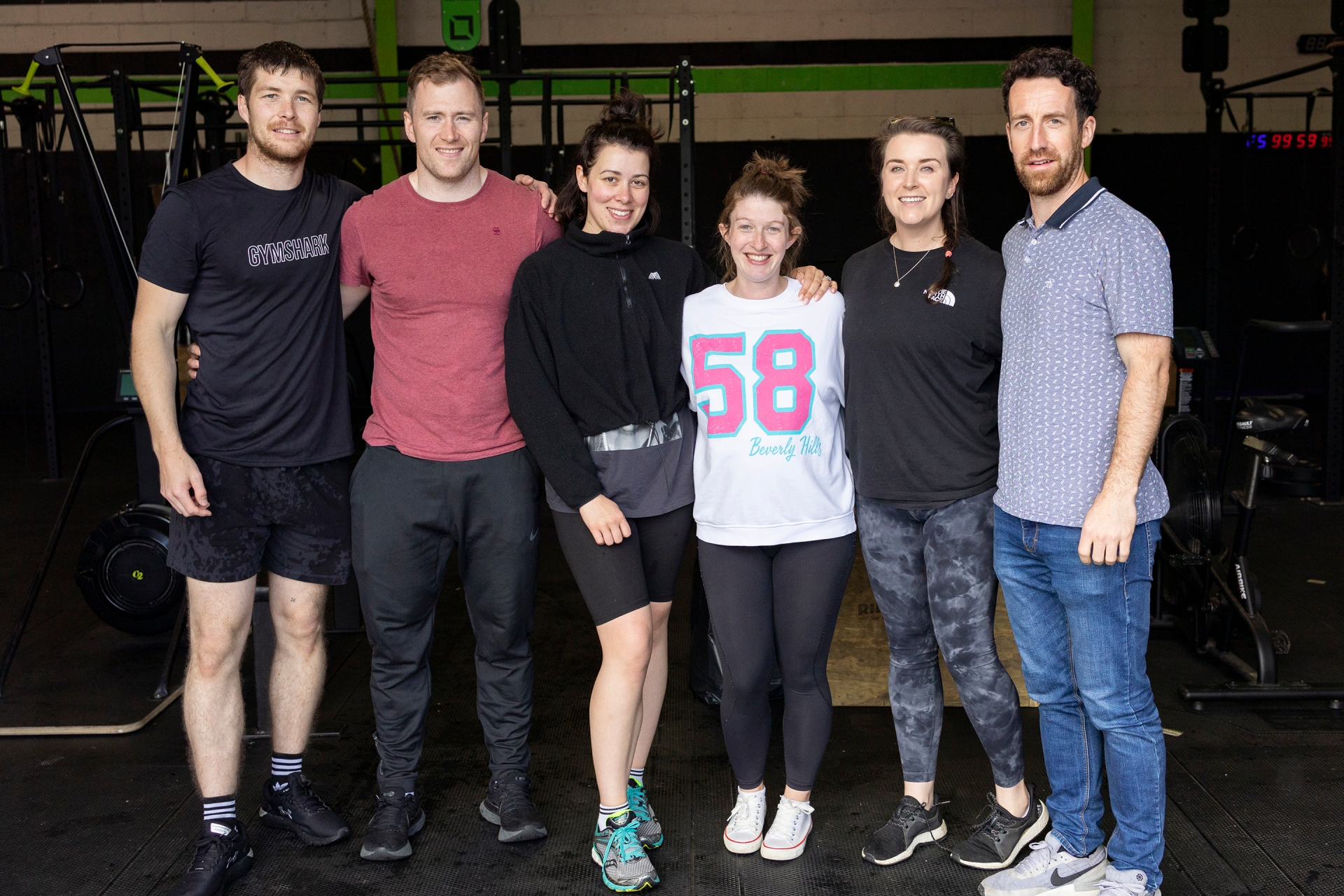 Luke, who set up the Elevate gym with his brother David, said they were overwhelmed by the support and the generosity of people.
“We would like to thank everybody that came on the day, everybody who supported the GoFundMe campaign and we would also like to thank all of the business people in town who donated and who also provided spot prizes for the raffle that was held on the day. We are so grateful to everybody who supported us in any way,” said Luke.