There were some brilliant fights on the day with multiple Irish and English boxing champions battling it out, and all for a great cause 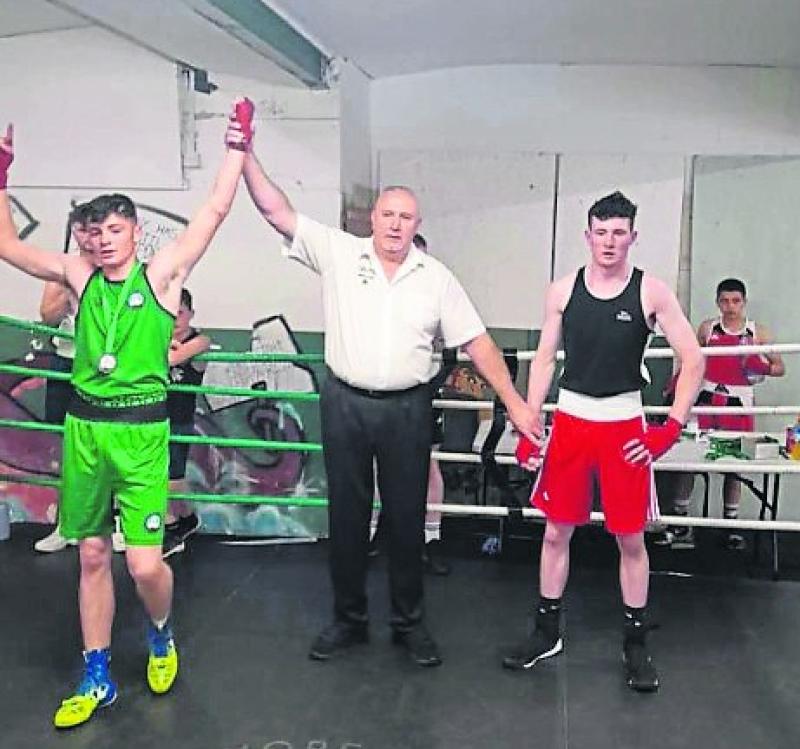 The club hosted a fantastic day of boxing on Saturday last against Clayton boxing club in the UK and several clubs from across Ireland.

There were some brilliant fights on the day with multiple Irish and English boxing champions battling it out, and all for a great cause.

Half the proceeds from the event will go to help raise money for St Joseph’s School ASD unit and the other half will be put to good use at Templemore Boxing Club.

The contest of the day was between Hughie Doyle (Templemore ABC) and Kai Morley (Clayton ABC).
Doyle put serious pressure on his English opponent from the first bell and both fighters had everyone in attendance on their feet come the final bell with Morley just shading it.

Templemore boxing club has had a hugely successful year so far winning many titles including five Irish titles and eight Munster titles. We also have several boxers representing Ireland on the international scene.

Next up for our head coach Paddy Clavin is a trip to Holland where he will represent Tipperary Fire and Rescue in the world police firefighter games where he will box in the open class section against top fighters from all over the world in hope to be crowned champion. We would like to thank all our supporters for their generosity last weekend.

We are a voluntary organisation and we rely on the kind support from our local community to keep us up and running.

The club woulld also like to thank our friends at Clayton ABC , Southside BC , Treaty BC, Fr Flanagan's and Raging bulls BC for making the trip to Templemore and playing their part in what was a fantastic day all round.