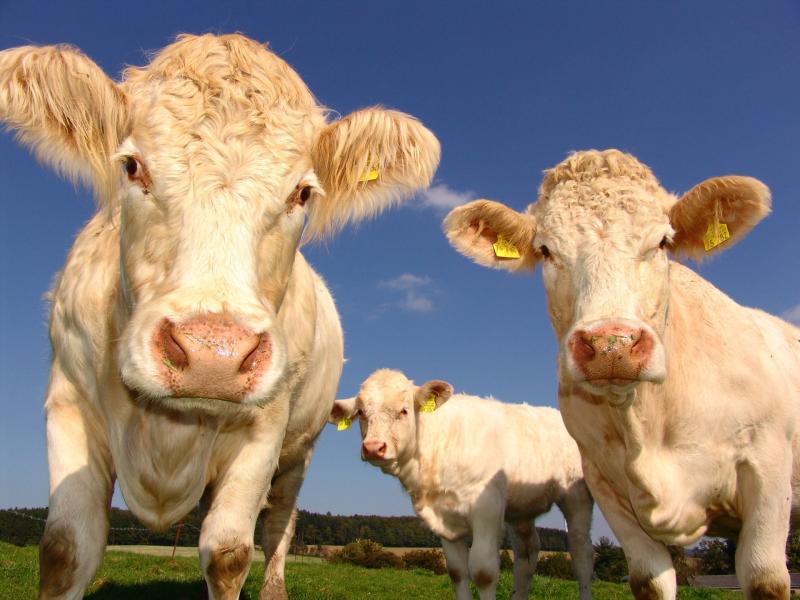 Speaking on the Clare Byrne show hosted by Philip Boucher-Hayes, Mr Cahill said that California had reduced its emissions by 30%.

Mr Cahill hopes the farming industry will have a target of a 22% reduction in emissions instead of the proposed 30%.

He said technology exists, including feed additives and biodigesters, that can help, but Ireland has not invested in them.

Professor Daly, from the Research Centre for Energy, Climate and the Marine at UCC, disagreed.

She said California had not reduced its emissions. In fact, emissions have been flat or rising since 1990.

When asked if methane emissions could be reduced without reducing the national herd, Professor Daly said no.

She said that feed-based additives are not suitable for grass-based systems like the one in Ireland.

She also said that the 30% target would not be an issue if the technology existed.

According to Professor Daly, reducing methane emissions is the fasest way to keep our climate under 1.5 degrees and meet our 2030 and 2050 targets.

"If we are sitting in a room we agree is getting too hot, we turn off the heat source no matter what it is, and methane is a clear source for Ireland," said Professor Daly.

He said he disagrees  and that California has reduced its emissions.

When asked for his evidence, he stated that it was said at an agriculture meeting last week and that scientists argue about the effects of methane.

Mr Cahill who is the chair of the agriculture, food and the marine committee acknowledged he is not a climate scientist.

"Remember, we are one of the most sustainable producers of food in the world, and there is a major challenge to feed our growing population as well, so it has to be balanced as well," said Mr Cahill.

Professor Daly said this is not true.

She said she had heard the claim that Ireland is one of the most sustainable food producers in the world but said there is no evidence to support it.

"When I heard it, I was dumbfounded. I mean, we specialise in producing beef, lamb and dairy, which are the most emission-intensive foods there are. There's widescale acceptance amongst scientists there needs to be a transformational shift away from livestock-based systems to more plant-based diets, said Professor Daly.

Thurles Farmers Market is going from strength to strength

She said the claim comes from a 2010 GRC report that has not been updated and does not take into account emissions from degraded peatlands.

But Mr Cahill said calculations did not include Ireland's grass as a carbon sink and the amount of hedges.

"We have a unique environment here in this country. We are a sustainable food producer, and this argument that we are not just doesn't hold water, said Mr Cahill.