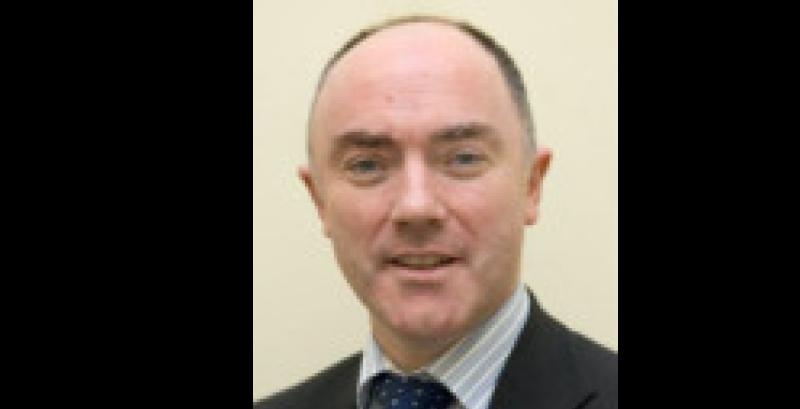 Pat Slattery ,Director of Services with Tipperary County Council is leaving the authority after 24 years of distinguished service

After 24 years serving local government, Pat Slattery, Director of Services for Community and Economic Development with Tipperary County Council is moving on in his career.
Members of Tipperary/Cahir/Cashel Municipal District on Monday, who were surprised to hear the news of his departure, paid glowing tributes to Pat Slattery at their monthly meeting.
Pat told the members that he was both proud and fulfilled to have served with Tipperary County Council and witness first-hand democracy in action.
“Local democracy is the most important thing about local government,” said Pat Slattery who informed members that it was a pleasure to work in Tipperary Town and witness the dedication of elected representatives who were put in that position by the public.
Pat, who is married to Ruth and they have an 11-year-old son, Conor, bid an emotional farewell to the members and officials of the authority on Monday.
Acting Cathaoirleach Cllr Michael Fitzgerald, leading the tributes, said Pat Slattery was a dedicated official who had served with distinction in his native town as manager for the last four years as well as working in his role of Director of Services.
“Nobody knows this area better than you. You were born and reared in Tipperary Town and you are going to be a loss to this local authority because of the knowledge of the area that you had,” said Cllr Fitzgerald.
COMMITTED
Cllr Fitzgerald said that Pat Slattery made sense when he made a contribution and was very committed to whatever role he took on during his long career with Tipperary County Council.
“You tell it as it is and you did the very best you could to solve the issues that had to be faced in the area,” the local representative told the meeting.
Cllr Fitzgerald said the input of Pat Slattery was all over the Revitalisation Task Force blueprint for the town which was launched this week.
“You were part of the fabric of the town and you were very proud of Tipperary Town,” said Cllr Fitzgerald.
All of the members associated themselves with the tributes paid to Pat Slattery at the meeting.
They described Pat Slattery as a very approachable official who worked tirelessly for the betterment of Tipperary Town.
Members said that teamwork was his trademark and he stood out as an official with vision for change and a confidence to pursue funding for the town.
District Administrator Anthony Coleman, on behalf of all of the staff, thanked Pat Slattery for the guidance and support he had shown them all in his role both as manager in the town and as Director of Services.