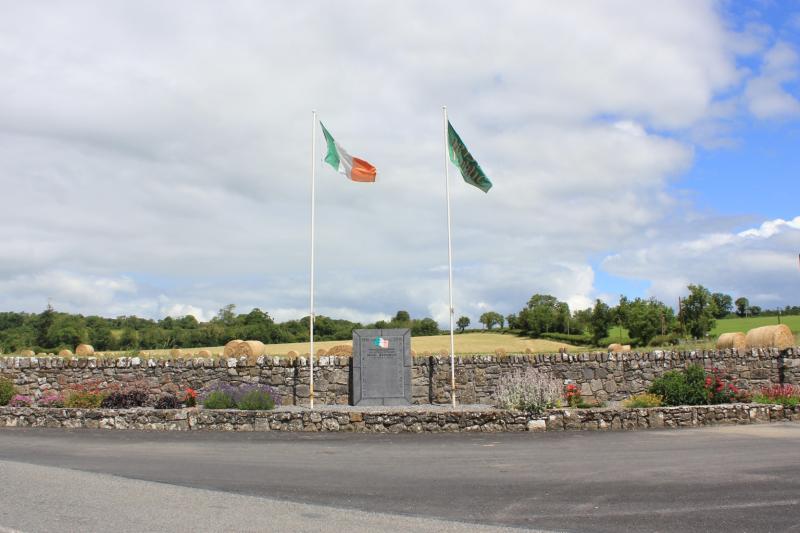 A festival to mark the centenary of the ambush of the Grey Chost will take place in Moyglass.
A packed programme of family entertainment is planned for Saturday July 30 and Sunday July 31 in Moyglass.
There will be a full scale re-enactment of the Grey Chost ambush as well as a dog show, a vintage display, a living history display, family fun run and musical entertainment .
The Grey Ghost ambush, which took place on the railway line to the west of Moyglass village, is a very unique event in the history of the Irish civil war.
The Grey Ghost was a Lancia armoured car that ran on rail tracks and was used by the Free State army to patrol the railway lines to prevent disruption to services.
It was nicknamed the Grey Ghost as it was painted grey and ran on a petrol engine, which was very silent in comparison to the regular steam engines.
The irregulars, or anti treaty forces, were causing huge disruption by blowing up bridges and uprooting sections of the railway lines. The railway lines were practically the only means of transporting goods and were vital for getting food supplies delivered throughout the countryside.
The Seventh Battalion of the Third Tipperary Brigade IRA planned an ambush on the Grey Ghost on Sunday October 15 1922.
The Grey Ghost ran from Clonmel to Thurles and passed through Fethard, Farranalleen, Laffan’s Bridge and Horse and Jockey.
A land mine was placed on the track as it approached on it’s journey to Thurles, but it failed to explode. The anti treaty forces then blockaded the line by placing rocks on it between the two bridges to west of the village and waited for it’s return journey and after it passed under the bridge on the Silverfort road, they dislodged the coping stones from the bridge and thus trapped the Grey Ghost.


The irregulars hid behind a ditch which was underneath the level of the track and a ready made trench for the ambush and in the darkness the treaty forces on the Grey Ghost were firing into the trees at a higher level and missing their intended targets.
The attack lasted for about an hour and ended when petrol leaked onto the track and the IRA threatened to set fire to the car and burn it’s occupants.
FREE STATE
So the Free State forces had little option only to ‘give up the ghost’. Many of the pro-treaty forces had minor injuries, mostly caused by shrapnel and they were treated by the anti-treaty forces and they then invited them over to Moyglass village for drinks in the local pub.
So this unique event of the civil war resulted in no deaths and ended with an auld session in the pub. It could have been so different, as it was in most other attacks where thousands were killed and also resulted in around eighty executions.
DIVIDED FAMILIES
The civil war divided families and even the ambush of the Grey Ghost had brothers on either side.
Corporal Tom O’ Shea manned the Lewis machine gun while his brother Jimmy O’Shea was a member of the Volunteers.
I heard a new story just recently from John Lacey of Arbour Hill, which is north west of the ambush site. His mother was young in 1922 and her family were awoken by the gunfire, they lived in a corrugated steel house at the time and her mother got them all to lie down on the floor.
The 303 bullets from the amush penetrated the steel sheeting and they were lucky to escape with their lives. So this ambush had a lot of luck on it’s side as no fatalities occurred.
However the civil war left it’s mark on Irish society and families were torn apart and in many instances husbands and wives and brothers and sisters remained loyal to their different opinions and at election times, the differences would surface as Fianna Fail and Fine Gael campaigned for votes.
And to this day,one hundred years later, we are still witnessing the repercussions of the treaty.
The border still exists and it has been the cause of much death and destruction on the island of Ireland. The latest wranglings are caused by different opinions on the Northern Ireland Protocol.
(By Matty Tynan)
ADVERTISEMENT - CONTINUE READING BELOW