Cara Darmody, with her parents Noelle and Mark, receives her mayoral scroll from the then Mayor of Clonmel Cllr Michael Murphy at a mayoral reception for the advocate for autistic children

Eleven-year-old Cara Darmody from Ardfinnan was accorded a Mayoral Reception at Clonmel Town Hall for her inspirational work in raising €26,000 for Autism-related therapies.
The monies raised will be divided equally between Scoil Chormaic Special School and Ardfinnan National School.
Cara has two brothers Neil (9) and John (5) who are both severely autistic.
Cara has also raised the issue of lack of services for autistic children at a national level and recently met Tánaiste Leo Varadkar and Minister for Special Education Josepha Madigan in Government Buildings to seek change.

Mayor of Clonmel, Cllr Michael Murphy, Cllr John Fitzgerald and Cllr Richie Molloy were present at the ceremony which took place prior to the election of new Mayor of Clonmel Cllr Pat English.
They were joined by Cara, her parents Noelle and Mark, extended family, friends and neighbours. Both principals and staff members of the schools concerned were also in attendance.
“It is such a privilege for me as Mayor to accord a Mayoral Reception to Cara to recognise her incredible fundraising achievement in raising such a large amount of money. To sit the Junior Cycle Maths exam at 11 years of age is nothing short of astonishing,” said Cllr Murphy.
Cllr Murphy also stated: “I also want to recognise the incredible work that is performed by the staff of both Ardfinnan NS and Scoil Chormaic Special School. Their contribution to our society is quite simply immense, and I welcome each and every one of their staff members to this great occasion.”
Cllr Richie Molly emphasised the importance of Cara’s achievement in the greater community.
“Cara has been an inspiration to so many and she has created such a positive narrative around education in general. What many people don’t know is that Cara is a young carer and that she is also inspiring people in the caring community. Family Carer’s Clonmel are very proud of her.” 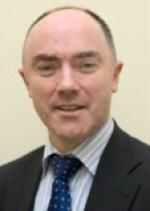 
Cara’s father Mark spoke of how Cara’s achievement has been done in an extremely challenging environment.
“The challenges of our beautiful boys can be extreme at times. They are both non-verbal and severely autistic, but we love them to the end of the earth. Cara is the best big sister one could ever hope for. To go from a small fundraiser, to being on national TV and radio and sitting in the Tánaiste’s office, and raising €26,000 – all in just six weeks – is the stuff that dreams are made out of. As parents, Noelle and I are astonished by our incredible daughter.”
“I also have to commend the commitment and dedication of both schools. This is how I would describe them – these schools are the first, and last, line of defence for those children that so desperately need help. As a society, we are deeply indebted to them.”
Cara thanked Cllr Murphy for the honour, and thanked her parents for all of their support. She said: “I’ve gone from wanting to raise €100 for charity to now raising over €26,000 in just six weeks. I sat the Junior Cycle Maths exam to help those 300 children that need help so badly right now. I am also raising national awareness about the lack of services issue. Children are suffering badly because of a lack of access to services. That must change. And I’m going to be the one to change it. The HSE is all talk and no action – and I’m going to be Miss Action!.”
Principal of Ardfinnan NS Brid Quinlivan spoke next. “The whole Ardfinnan school community has been behind Cara 100% and we are so very proud of her achievements. We have been inundated with fan mail,messages and acts of kindness and goodwill. It has been an amazing time.”
Principal Lorraine Lowry of Scoil Chormaic Special School spoke of her honour that Cara selected her school as part of the fundraiser: “We are so grateful to have been part of Cara’s journey. It has been beyond our wildest dreams to be with her as she has succeeded. Our staff give total daily commitment to those beautiful children that are in our care.”
ADVERTISEMENT - CONTINUE READING BELOW