BIG READ: Who is passing and failing driving tests in Nenagh?

Back in April, the Nenagh driving test centre was reported to have the lowest pass rate in the country 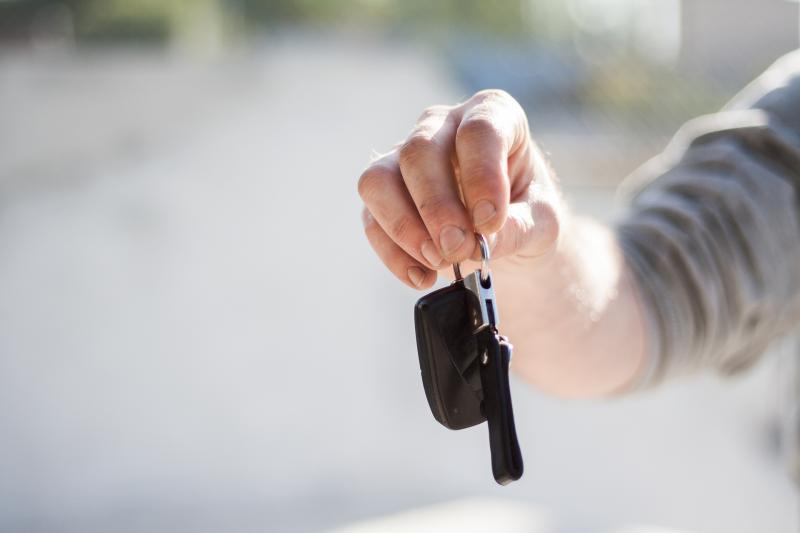 BIG READ: Who is passing and failing driving tests in Nenagh?

In April this year, the Nenagh driving test centre made the headlines for having the lowest pass rate in Ireland.

Newstalk revealed that Nenagh had a 39.56% pass rate.

This week TipperaryLive dug a little deeper into the statistics.

Under the Freedom of Information Act, we requested from the Road Safety Authority (RSA) the gender, age and nationality breakdown of those who passed and failed the driving test in Nenagh in 2021.

Nationality statistics were unavailable, but gender and age reveal some interesting insights.

Three hundred and forty-eight men and 421 women completed the test. For 96 of the testers, no gender was recorded.

The figures we received revealed that women represented 51.3% of failed tests.

Thirty-eight point five percent were by men, and 10.2% were logged as gender unknown. 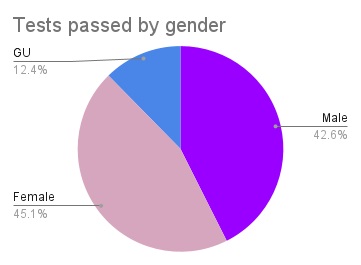 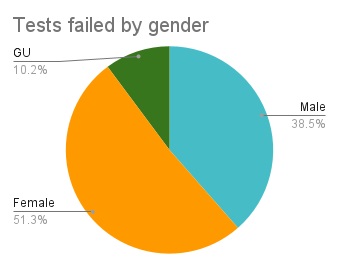 CAPTION: GU stands for gender unknown. Based on 865 tests that resulted in a pass or failure. Women made up 421 completed tests while men made up 348. Ninety-six were logged as gender unknown

Overall the statistics show that more people fail the driving test than pass. Regardless of gender and age, 501 people failed, and 364 passed.

More women failed than men but does this mean they are less safe drivers?

It should be noted that the figures only relate to the Nenagh test centre and only to tests not practice.

Additionally, national, 2020 figures by the CSO show that women get less penalty points than men.

This suggests women are more likely to follow the rules of the road. 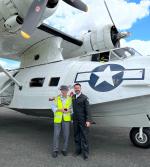 Young people between 16 and 21 make up the largest age group of tests taken in Nenagh.

One hundred and ninety-two passed, and 276 failed.

CAPTION: The number of tests booked were 977 while 865 resulted in a a pass or fail grade. All graphs are based on the latter and relate to the year 2021