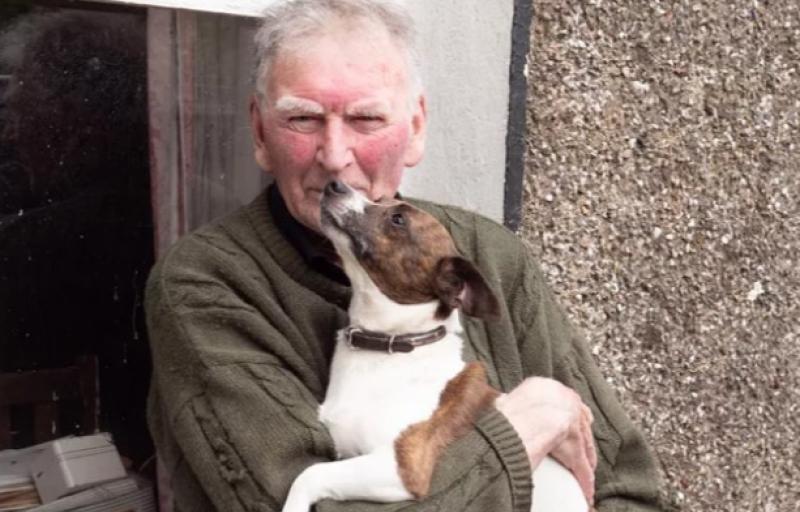 A world-famous stand-up comedian and actor has joined a GoFundMe campaign to save an ex-garda's dog from being put down.

The destruction order was made arising out of an incident when the dog, called Kim, who belongs to Mr Donal Rogers, bit Ms Breid Greene, as she was walking the Strokestown Famine Trail on the afternoon of March 6, 2022.

The incident occurred close to the entrance of Mr Rogers' home at Bumlin, Strokestown, Co Roscommon.

In her evidence to the court she said that no warning or growl was given by the dog before she was bitten on the leg.

Ms Greene of Cashel Road, Clonmel, Tipperary said that she was bitten from behind, that the dog tore the trousers she was wearing and inflicted her with a bite that required eight stitches.

Ricky Gervais, creator of shows such as After Life, The UK Office and Extras, recently tweeted his support for Mr Rodgers, who is 84 years of age.

The 61-year-old is often associated with his dark and edgy style of humour, but he is also known for being a vocal supporter of animal rights, even announcing earlier this year that he has taken up a vegan diet.

When asked by another Twitter user named Caroline Dyer to share the man's story, Ricky agreed to do so.

In her tweet, Caroline Dyer claimed: "(An) 85 year old man going to lose his dog because it nipped a dog hating woman.

"This woman has been bitten 3 times now (who gets bitten by 3 dogs?) and had first 2 put down. One only a puppy."

@rickygervais please help Save Kim. High public exposure required. 85 year old man going to lose his dog because it nipped a dog hating woman. This woman has been bitten 3 times now (who gets bitten by 3 dogs?) and had first 2 put down. One only a puppy. https://t.co/TowKONAia2

In response, Gervais, who has over 15 million followers on the website, shared the tweet, calling the situation 'sad and frustrating,' along with the hashtag '#SaveKim.'

This is so sad and frustrating. Anyone out there know how this dog can be saved? #SaveKim https://t.co/kVaz8XWRWh

As of publication, more than 600 people have donated €12,500 to the GoFundMe campaign, surpassing the fundraiser’s goal of €5,000.