Ros na Rún Returns to TG4 for Season 27 on September 6 where we will find out the fate of Berni and her newborn baby daughter? 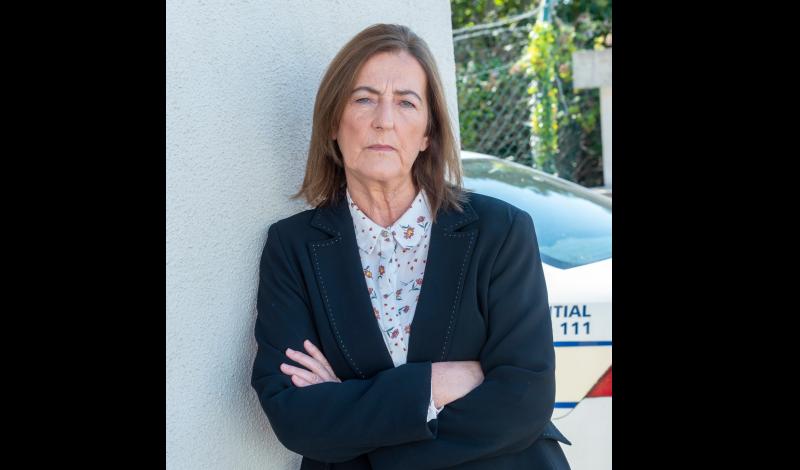 “Revenge is a dish best served cold” and the loyal fans of the TG4 drama series Ros na Rún are holding out for the return of Season 27 of Ireland’s only Irish Language and rural based drama series to establish what dish will be served up to or by Briain!

The burning question for loyal fans of Ros na Rún is how safe are Berni and her newborn baby daughter? The reveal will start to unfold on Tuesday 6th of September when the next season returns to TG4 screens.

Briain, the psychotic narcissist, will stop at nothing to get what he wants, that is control of Berni and his baby daughter. Berni is petrified and for once she’s going to be relatively happy to have her extreme, crazy and often estranged brother in her corner.

Will Berni get any peace in Season 27? Will she get to breath and focus on her newborn baby girl without looking over her shoulder wondering what Briain’s next move is? Will Garda Tony and Sargent O Shea have another murder on their hands?

It's another busy season in the village of secrets, as viewers are sure to experience more intense story lines as the wrath of Briain’s and Andy’s twisted minds play out in the fictional Gaeltacht village.

As well as dramatic and thrilling storylines, Ros na Rún is never without romance and laughter and the village’s true romantic Bobbi Lee was in quite the state at the end of last season. The beautiful bridezilla in her bridal gown but without her groom, the lovely Niall, will they finally get to tie the knot in season 27?

Viewers will find Bobbi Lee goes in search of the love of her life but what state will she find Niall in and will it be happy ever after for them? Viewers will find out in the opening episode and Mack won’t be living without some regrets either!

Will there be more nuptials in season 27 and will Michael get to place his engagement ring on Laoise’s finger? Never without drama Ros na Rún has lots in store here for fans of Michael and Laoise too.

Season 27 will bring to the fore the core of loyalty in friendships  and relationships as the fractures of last season between Bobbi Lee and Berni continue to mount with the revelation of who the father of Berni’s baby  girl is which rocks Bobbi Lee.

After all that’s gone on between them and with Andy and Briain, is the girls friendship broken completely and can they trust each other again?

Tadhg Ó Direáin will be up to his neck in devious and cunning tactics  yet again in season 27 and he’s eager to be rid of Crystal and Sonny. Their enterprising and confident nature is not sitting well with Tadhg, not to mention the acute  matter of his land.

Crystal’s glamour and flirtatious ways are way too sweet to be wholesome for Mr. Ros na Rún, Tadhg Ó Direáin. What conniving plan is he about to launch on Sonny Boy and the beautiful Crystal – Tadhg’s Crystal Maze will unfold in season 27!

Ceannfort O’Shea’s (played by Tipperary Actor Bríd Ní Chumhaill from Cloughjordan) stress will not be all confined to the Garda Station as her ex-husband Eric pays Caoilfhionn an unexpected visit which is sure to throw up plenty of drama for both ladies.

The long established TG4 drama series Ros na Rún has been first to TV Screens with many social stories, from Ireland’s first gay kiss  on an Irish TV drama series to many of rural Ireland’s social issues, from incest, drugs, alcohol, open marriages to so much more.

The shows onscreen actors and their professionalism to deliver the often serious and critical story lines created by the talented script writers, combined with the innovative production team, all lead to a very entertaining 82 episodes per season.

Season 27 will see the arrival of  new faces to Ros na Rún.  Big names such as Pádraig Breathnach, who plays Sonny, will no doubt cause more commotion alongside John Joe Daly played by renowned Donegal actor Niall Mac Earmharcaigh and many of Ros na Rún’s other popular faces.

Delving deeper into the impact of the side effects of narcissism, mental and domestic abuse, rape and blended families, will feature in what will be another gripping season ahead, while modern day rural Ireland and the impact of the wider world and what it brings closer to rural communities are also crafted by the talented script writers.

Humor and honesty in characters, which is part of everyday life too, is also at the heart of Ros na Rún, and season 27 will throw up plenty of it for both the young actors and more established characters.

“We had a phenomenal response to last seasons story lines,” says series producer Marion Ní Loingsigh “this season will be no different and our actors and story writers have worked tirelessly to grip our core audience and keep them both enthralled and entertained. From Bobbi Lee and Niall’s wedding disaster to Berni’s trauma with Briain, Andy and Tony, we’ve kept our audience on an emotional rollarcoaster and we’ve lots more to bring to the screen from September which is sure to satisfy TG4 audiences”.

Ros na Rún is filmed at an Cuasnóg in an Spidéal in the Connemara Gaeltacht and is a co-production between Dánú Media and Tyrone Productions for TG4. Sponsored by XL Ireland,  Ros na Rún has welcomed big names include Fiachna O Braoináin of the Hot House Flowers,  Daniel O Donnell, Nathan Carter, Francis Brennan, Stephen Fry and a host of other personalities.

At it’s core is delivering the reality of rural Irish life in today’s modern and open society. All of which is  centered on exciting and gripping story lines which are delivered by passionate actors who’re supported by a highly talented crew. 82 episodes feature in  the exclusive rural based TV drama which has the Irish Language at its core. Broadcast on Tuesday’s and Thursday’s on TG4 at 8.30pm it also has an omnibus on Sunday evening at 7.30pm and is available on both the TG4 and RTE players worldwide.

For all the latest, log onto www.rosnarun.com or follow Ros na Rún on all social media channels.