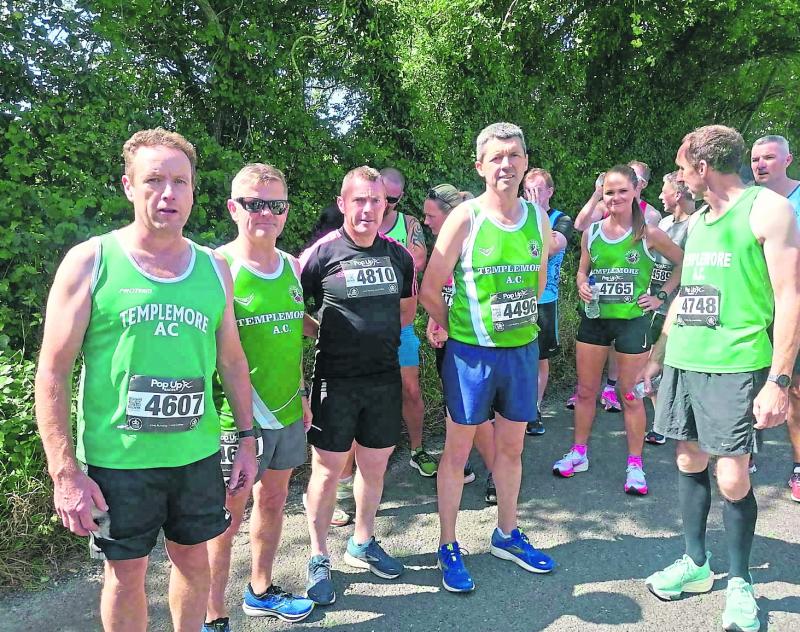 On February 13, 1922, the band of the Northamptonshire Regiment marched out the gates of Richmond Barracks for the last time as British rule in the 26 counties came to an end.

So it was quite fitting on Wednesday last that the local Thomas McDonagh Pipe Band struck up and led over 900 participants out the same gate and down to the start line for a 5km/10km run as part of An Garda Siochana’s Centenary celebrations.

There was a mixture of both serving and retired members along with a sprinkling of locals from Templemore Athletic Club. The sun shone brightly in Woodville as they headed off on the famous “Cloone” circuit, a run very familiar to all from their training days.

The competitive ones were gone like a shot from a gun, the majority got their daily exercise in, while a few strolled around without a care in the world. There was great banter on the Main Square afterwards as people who hadn’t met for years caught up and recalled the memories of their time in Templemore.

Everybody received a beautiful commemorative medal to mark the occasion. And as one headed for home thoughts turned to all of the people who have come through those gates to serve in so many capacities since Richmond Barracks first opened in 1813.