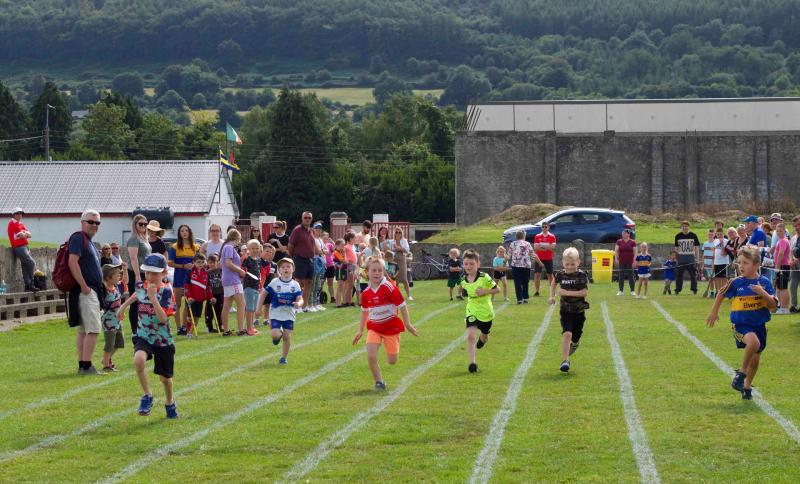 Sprint races for toddlers, children and adults were a huge success. Emby Walsh from Carrick-on-Suir Athletics Club was at the helm organising competitors and overseeing the races.

The novelty sack races and the tug-of-war were also popular with all ages giving it a go.

Juveniles up to adult players and past players all took part in the hurling skills events and the long puck.

The atmosphere was mighty as local musicians Tony and Helen and Billy Byrne from Carrick-on-Suir Brass Band played throughout the afternoon.

Special centenary medals were formally presented to the 1st, 2nd and 3rd placed competitors in all the races and also to those who excelled in the hurling challenges.

Younger children were kept busy with fun activities such as the wet sponge throw where the brave Philly Butler was in the dock.

The Davins Club presented cheques for €530 to two local community groups - Carrick-on-Suir Meals Assistance Services and the newly formed Réalta Sports Club for children with special needs that is based at the Davins Club grounds.

Eddie Reade from the Meals Assistance Services and Laura Waters representing the Réalta Sports Club thanked the club for their generosity.

The funds were raised from the gate collection taken at the Tommy Waters Memorial Tournament in mid-July. John Waters, son of the late Tommy Waters presented the cheques.

The Club was delighted to welcome its academy and U/9 sponsors, World of Bounce and Mini Farm team, along to the field day to present half zips they sponsored recently. The club thanked the company for its support.

After the presentations a special framed jersey belonging to Davins hurling great, the late Michael Roche, was displayed.

His brother Tom Roche and Jimmy Ryan, Vice President of Carrick Davins GAA Club held up the jersey for all to see.

The jersey was donated to the club recently by former Wexford hurler Ned Colfor, who had swapped his jersey with Michael Roche after the Railway Cup Inter-Provincial Match they played in 1966.

Michael Roche was playing for Munster and Ned Colfor was playing for Leinster on that day.
Michael’s framed jersey will now be permanently exhibited in pride of place on the Carrick Davins Club room walls.

The Davins Club said it wished to thank all who helped organise the Centenary Year Field Day and also those who helped out on the day, in particular Emby Walsh, Phillip Butler and John Dwyer.

The club also thanks Francie Bolger of Suir Hire for donating the generator for the day and Billy Byrne, Helen and Tony for their great music.

And it thanks Elaine Walsh for framing Michael Roche’s jersey, World of Bounce and Mini Farm, and all who attended the field day.

A full page of pictures from the Davins GAA Club Centenary Field Day is published in this week's edition of The Nationalist now in local shops.

Below: Niall Ryan competing in a hurling skills contest at the field day 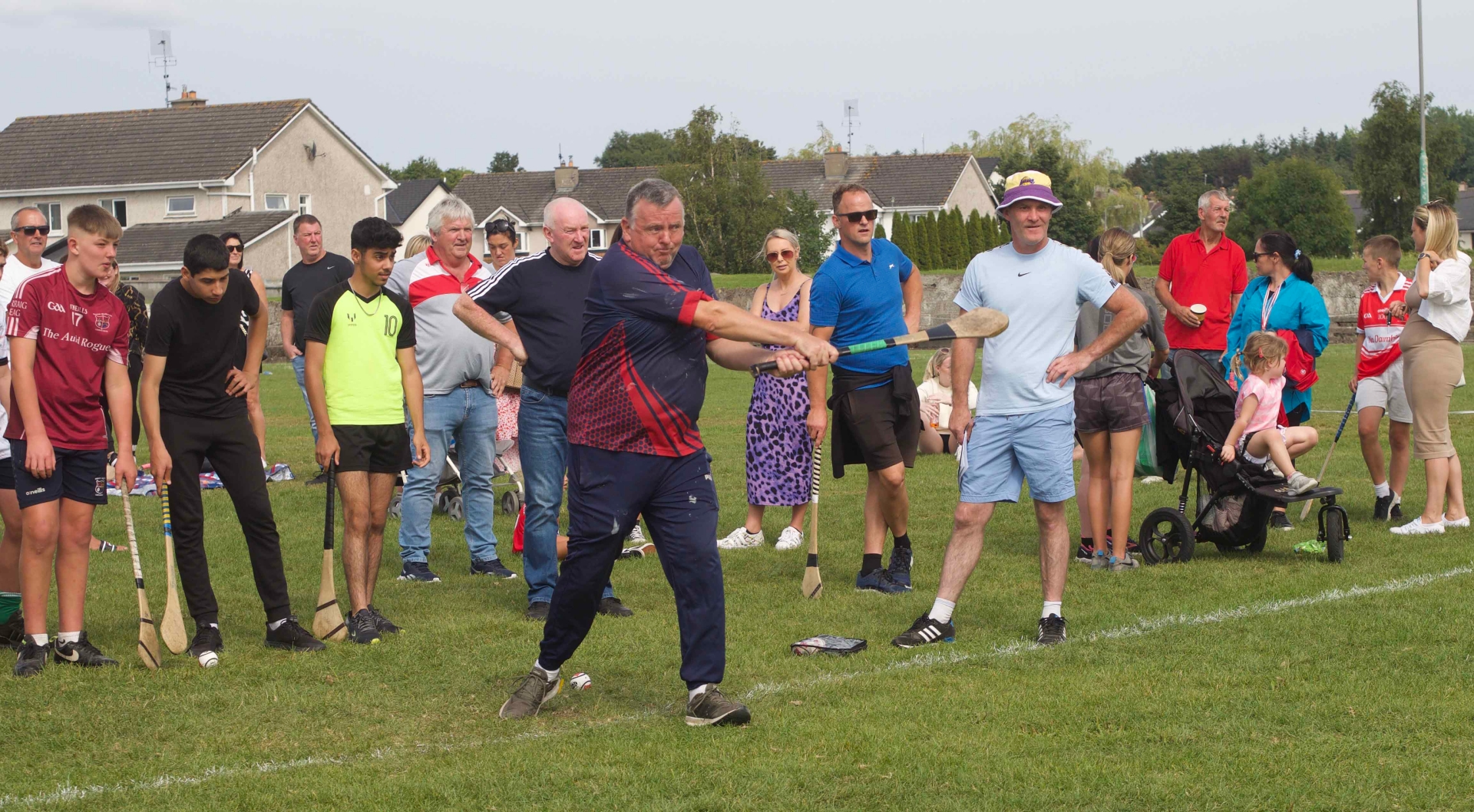