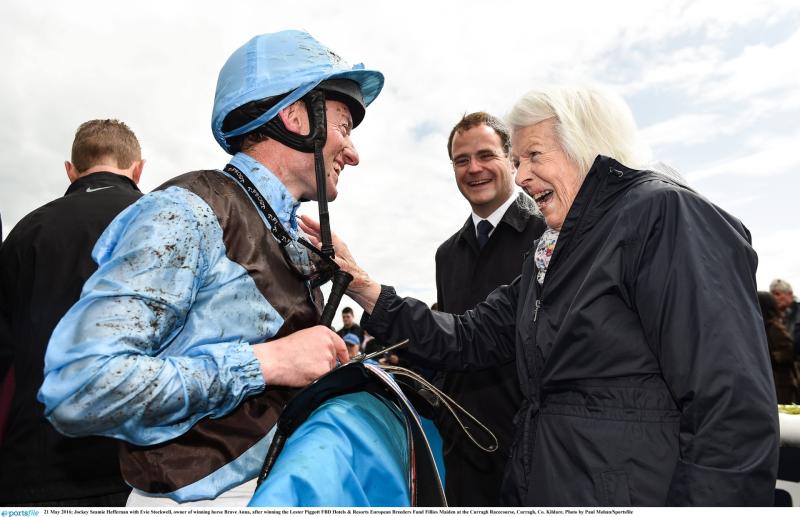 Evie Stockwell, one of the most respected thoroughbred breeders in Ireland and mother to Coolmore founder John Magnier, has died at the age of 97.

He said: “She was an incredibly special lady. We met her first when we came to Ballydoyle and she was a very wise lady.

“All the way along she would have been great to give us advice, and we had many good fillies for her, Fairyland probably one of the best recently.”

Congratulations to this Tipperary couple on their wedding day

O’Brien was speaking following Luxembourg's victory in the Irish Champions Stakes at Leopardstown on Saturday.

The mother of John Magnier had a number of horses with the Ballydoyle supremo over the years, including Hit It A Bomb, who won the Breeders’ Cup Juvenile Turf in 2015.

The trainer said: “She had an unbelievable interest in, and understanding of, horses and she was a great judge of a horse. She was so passionate about horses."

Evie's death notice is below:

Magnier Stockwell, Evie (nee Hallinan), Saturday September 10th 2022, peacefully at home, surrounded by her loving family. Predeceased by her husband Tom and son Peter. Deeply regretted by her daughter Anne, sons John and David and by all her grandchildren and great grandchildren.

Reposing at the Railway House, Farnaleen, Fethard, Co Tipperary (E91KN77) from 6pm to 9pm on Sunday. Funeral at the Church of the Holy Trinity, Fethard, on Monday 12th September at 2pm followed by private burial in Kilcrumper Old Cemetery in Fermoy. House strictly private on Monday.

Family flowers only. Donations, if desired, to The Injured Jockey's Fund. The Funeral Mass can be watched online at http://parishchurch.net/